The death of Olufunke Olakunrin, the daughter of Afenifere chieftain, Pa Reuben Fasoranti, came as a shock to many Nigerians at a time the polity of the nation is on the heat. There are different sides to the views of many, with the likely insinuation that could be out of proportion due to politics and unethical sensitisation. However, we need ask ourselves some candid questions. How many people had faced such sudden deaths without a single blink by some of our leaders? How many had been under siege and incessant attacks leaving hundreds dead, without recourse to their families? How many are in the deck of yet unwanted sojourn in the hands of these kidnappers and all we hear is “nothing of such exists.” The late Mrs. Olakunrin’s death became a glaring case of the unsolicited killings of innocent victims by these bigots who parade themselves as herdsmen.

If anyone thinks the herdsmen attack is mainly within the northern parts of the country excluding the western states, then there should be a rethink on the subject. Aside the incessant killings by the herdsmen are also those rearing cattle on the highways. On April 8, 2011, I was on my way to work along Lagos-Abeokuta Expressway towards

Owode-Ijako when I ran into a herd of cattle around 4:45am. It was a Friday, a date that would remain a tragedy in my life. My car could not start that early hours of the morning and the only option was either a cab or a bike as I lived off the major road. It was actually an outskirt of the town, a new site, which had a secluded means of reaching the main road. Moreover, you need trek a long distance if you lived far away inside the community. Besides, getting a mechanic to work on the car almost immediately could be tedious except the day breaks. The option left for me was to take a bike to Sango, which happens to be the central bus station to anywhere in Lagos from Ogun State. We were almost at Owode-Ijako when the bike man shuddered on the bike, and like a mice making for the run from a kitten, he hesitated almost immediately. He could not manoeuvre his way on sighting the huge animal that left the herds of them to attack us on the main road. Before I could ask what the matter was, the cow had attacked my side. The bike man instantly swerved to save his life! However, the expressway had no streetlight or any form of illumination from the filling stations that could have rescued the situation. The only available illumination were flashlights of motorbikes and headlamps of on-coming vehicles. Without the oncoming vehicles flashing their headlamps, the flashlight of motorbikes may not be able to illuminate a long distance except the narrow traffic lane its light could trail!

It was a terrifying state. Painting a picture of the incidence is to over-emphasize the situation. I laid helpless on the expressway facing the ground while the beast was standing beside me to finish the havoc. It was like a bull sniffing to kill! As fate would have it, one of the herdsmen stopped the cow with a stroke of his stick with him. The type they use to direct the cattle movement, whispering some unknown dialect to the cow. I could not stand up, but I heard him mutter some words in his language to the animal. In a short while, some people came to the scene to rescue me. They feared the beast might return for yet another attack. I could not move my left leg, even though I tried lifting my body from the ground to no avail. I could hear some people by the roadside encouraging me to stand to my feet but, unknown to them I was a lot heavier on the ground than standing erect. As soon as I managed to rise up, I fell back on the spot again. That was when I realized my left Tibia was broken. A fracture that necessitated the implant of screws and plate at the EKO Hospital, along Bank Anthony way, Ikeja, Lagos State. I had to undergo two surgeries, first in April 2011, after the attack, and secondly in December 2012, for the removal of screws and plate, leaving me devastated with infected blood transfusion.

As the Sales Coordinator, back then, with Amadeus Marketing Nigeria, my job functions before the accident were majorly administrative. Hence, it was nearly difficult for me performing the accounts management function (field marketing), assigned to me a year after the second surgical operation, at the detriment of my recuperating fractured Tibia.

However, the customer relationship function was in a remote location at the Trade Fair and Alaba International Markets, where I had to walk round on a visit to the travel agents on weekly basis.

Consequently, the incessant pains on my knees and ankles, coupled with the ill health suffered through the infected blood transfusion, led to my untimely resignation in May 2015. The company felt the easiest way to disengage me politely was through victimization and discrimination on my health status! Hence, I had to resign voluntarily to save my life and further my writing career. I candidly could have become handicapped after the deadly encounter with the herdsmen. Although, I still feel pains after walking some distance on both my knee and ankle, which makes it a lot difficult moving round schools where my approved literary texts are majorly distributed.

This is the dilemma confronting many professionals, who had similar ill-fated situation in the country, with little or nothing to fend for themselves and their families. For every professional that is unfortunate in life, there is always an additional mouth to feed, additional bills to pay and services. However, with the advent of incapacitation, they are handicapped to perform activities within their professional coffers. It is needless to state, that for every professional that failed to perform up to expectation, and eventually failed in his profession, it ultimately translates to a reduced service, which is equivalent to reduced tax for the state, declined rate of growth and development for the community, the society, and the nation at large.

I could imagine various people massacred on daily basis in their homes, and farmland. Those who may not be alive to tell their stories and those totally disenfranchised from continuing their pursuits in life! Dreams are shattered; growth and developments hindered, while the common things that could make meaning to life becomes miserable! Let us look at some professionals who worked on ethical stance, and could have positioned the economic stability, but challenged in a way, becoming indifferent to the detriment of the economies, growth and development of the nation. There may be a feel of non-importance, and socio-cultural intolerance on the part of those that matters but, the fact remains that, the nation is on the verge of collapse if it continues unabated!

We are aware of our erstwhile professional footballer, in the country, whose career was almost jeopardized when he had an encounter with a herd of cattle on the highway. What about the case of the bus that ran into herds of cattle on the highway leaving two dead when the bus driver lost control. Countless number of voiceless people die in their fields of work, not to mention farmers who are out there facing similar calamities, yet with no one to come to their aid except false promises of looking into the matter. Almost everywhere in the north, perceived with Fulani, herdsmen attack is with kidnapping and incessant killing! At a time, we hear of the insurgents in the northeast and gradually the Fulani-herdsmen have taken over.

There are current news of late, indicting same herdsmen of kidnapping in some forests on the highways within the western part of the country. The same highways are prominent for rearing cattle. Meanwhile, the government is pumping huge fund into agriculture where the farmers are spellbound with fear!

The government should put a check on the excesses of the Fulani herdsmen and use a ranch rather than cattle rearing or RUGA settlement. We all know the benefits of hides & skin from these animals aside the beef and the Fura De Nunu milk, yet untapped. We could actually make it a productive sector rather than use it to invade communities destroying lives and properties.

It could become a revenue-generating center for the government if we considered dairy product in animal farming. As such, destruction to lives and properties should not be bigotry, or prejudiced. There should be a demonstration of sense of ownership to assist both the common man and the professionals who would make a difference in the economic situation of the country. This should however, not be interpreted from a nocturnal perspective, but a broader view of how the nation could have fared better, if peaceful co-existence was enforced! 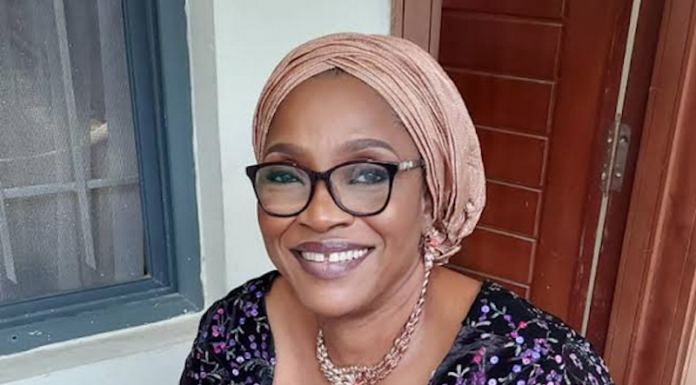