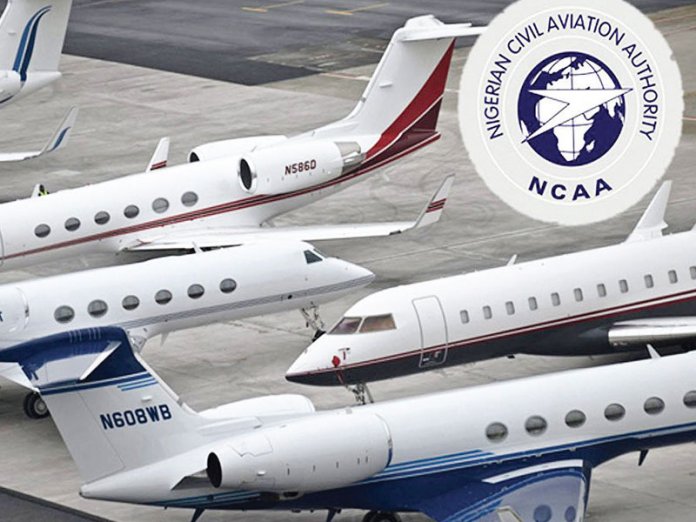 The last air crash recorded in Nigeria was on October 3, 2013, when the Associated Aviation Flight 361 crashed on take-off from Lagos, killing 15 of the 20 persons on board. The aircraft, a twin turboprop Embraer 120 was transporting the body of former governor of Ondo state, Olusegun Agagu to Akure.

Since then Nigeria has maintained a record of no accident involving scheduled or commercial aircraft. But that has not removed the fear of most Nigerians, whose experience of tragic air accidents of the past keep them on their toes and make them anxious when flying.

Many factors, according industry experts have contributed to this. Since NCAA passed the FIRS International Civil Aviation Organisation (ICAO) audit, safety audit in 2006, it has endeavoured to keep the standard and continued to improve on it. Also with the regular audit by the US Federal Aviation Administration (FAA) in 2010, which gave Nigeria Category One Safety status that enabled US airlines to come to Nigeria and vice versa, to fully implement the open sky agreement the two countries have, NCAA has striven to maintain a high standard of safety in flight operations.

Industry experts posit that the sector was affected when acting Director Generals were appointed, whose powers were limited and who kowtowed to the whims of government in order to keep their jobs from 2013 to 2014, between was an interregnum when a substantive Director General was sacked, which was unprecedented.

A Rebirth
NCAA regained itself with the appointment of a substantive Director General, Captain Muhtar Usman in late 2014, who began to reposition the agency after alleged exhibition of arbitrary powers by the acting Director Generals by airline operators.

THISDAY spoke to Usman about the agency he inherited when he took over and what the agency has done to sustain the zero accident record.

When we came in there was a lot of decay in terms of infrastructure, especially the security surveillance equipment such as the CCTVs, which we had to put in place. Also the obsolete computers that we had to replace, in fact, it is a continuous process. We have been doing it because it is not possible with the limited resources we have to do everything overnight, so we have been modernising.

“In addition when we came in the Internet facility was very, very epileptic, if at all it was available. However, we have now provided fibre optics link in all our offices here in Lagos, the regional offices, even though it is still work in progress. We are hoping that the office in Abuja will even be made a fully smart office. Part of the ICT infrastructure that we have put in place already has automated the human resources part,” he said.
Usman explained that there is a seamless link now between the finance and the human resources.

“Files have been digitised and synchronised for efficiency. In addition, we are revitalising the licensing and medical portal. Also, along that line a contract have already been awarded and we are working towards migrating from issuance of paper and license to plastic license to the personnel which is a big move,” he said.

Improving Safety
According to the Director General, in the area of the safety oversight and security oversight, the agency is in the process of acquiring software to enable it automate most of the processes in the approval, issuance of certificate permits, licenses, also surveillance inspections and also in line with the ease of doing business to reduce the human to human contact and increase the efficiency of the system.

To ensure that the agency effectively regulates the airlines in the area of safety, it must maintain a given number of technical staff, which both ICAO and FAA ensure they are in adequate number before renewing their certification, Usman said the agency continues to employ technical staff and train them to maintain the given standards and in accordance to global practices.

“I will say since we came in we first of all try to sustain and then after sustaining we started building and improving what we have met on ground. Currently in the area of the airworthiness we are able to train two ICAO certified instructors from the time we came to date and those are the only ones.

“Two, we have one certified ICAO auditor and this happened within the last four years. In the area of operations also, we have certified instructor from ICAO.

“In the area of licensing, we have one inspector, however, about 10 are being projected for the auditor certification. And once they have that auditor’s certification, they will also be utilised by ICAO to be auditing other countries.

“So, we are working very hard to ensure that nobody is left behind; especially Nigeria is not left behind. Towards that end we have MoU (memorandum of understanding) with countries, which include Rwanda, Ghana and Sierra Leone. We provide them with technical manpower for the purpose of inspection, especially in the area of flight operation inspection.

“We also have one serving in Namibia under the ICAO arrangement and Nigeria is also a member of the Banjul Accord Group Safety Oversight Organisation with headquarters in Abuja. I, as DG was chairman until November last year for two years,” Usman said.

He added that NCAA also has memorandum of understanding in the area of safety with the body, which comprises seven West African, mainly English speaking countries.

“So, really in the area of human resources development, we give that as a big priority,” he added.

There have been frequent air incidents, which tend to alarm air travellers and reinvigorate the fear many Nigerians have about travelling locally by air. The spokesman of NCAA, Sam Adurogboye, assured air travellers, saying the NCAA is always on top of the situation and explained how the agency has been able to sustain safety in the airspace so far.

“What we have always done and which we are already doing is for our Flight Standard Group (FSG) to analyse the trend with regard to the particular operator and arrive at a definite line of action.

“For the country to attain the current accident free for years now, is largely because we have strengthened our oversight activities on surveillance, inspection, audits, enforcement of compliance to safety regulations, we give sanctions where desirable, we view violation seriously and we are very professional in all dealings, no arrogance of power etc,” Adurogboye said.

Zero Accident
Usman said the NCAA has been able to sustain the certification of ICAO and FAA through effective regulation of the industry and trying not make noise in the public space.

“Well, let me say that we have been doing very well as far as safety concerned. Earlier on around 2010, Nigeria scored 70.85 per cent in FAA audit, but the one we did in 2015 Nigeria scored over 96 per cent and it is quite a feat.

“Then closely followed by the safety audit, which Nigeria passed. The minimum set by ICAO is 60 per cent, the global average is 63 per cent and Nigeria scored over 67 per cent. In the area of the connection link between Nigeria and the United States under the Federal Aviation Administration audit programme, foreign assessment for civil aviation authorities, Nigeria sustained the Category One status that is enabling Nigeria to connect flights directly to the United States.

“The first time that was achieved was in 2010, it was renewed in 2014 and Nigeria sustained it again in 2017 ending to early 2018. So we are doing very well in that area but we will still not rest, we still want to conquer and still go towards achieving the 100 per cent score. So we have been quite successful in that area but we intend to build on that,” Usman said.

He said NCAA is at the verge of acquiring safety and security laboratory to help the agency proactively take care of potential hazards that can result into accidents or serious incidents.
He said government has already awarded the contract.

“I am sure you can testify that for the last four years or more we have not lost a single soul in commercial schedule accident. And this is largely because of the hard work and training, retraining of the safety regulations to ensure safe skies.

“And that is why in addition to regulating the operators, the airport, the air navigation service providers, we also regulate such areas like the height clearances, because anything above Nigeria is part of Nigerian airspace. So we have to know all the height, charge them accurately for pilots to know so that they will be able to avoid any hazards or potential hazards or collision,” Usman also said.

“In his tenure, there is no political showcasing of himself. In fact, he is totally apolitical because he is a core professional who is determined to get the job done. His tenure is totally devoid of fights and witch hunts, which was the bane of the industry in the past. In my judgment, he is the best Director General in the last 50 years. He is indifferent to praises and he does not take pleasure in showcasing himself for political visibility,” Nnaji said.
Industry consultant and CEO of Belujane Konsult, Chris Aligbe said Usman might correctly be described as the most successful Director General.

“The truth is that Usman can pass as the most successful Director General of NCAA. Usman came with a different template from that of his predecessor. He wanted people to do their job, not breathing hard on them because he believed he has a crop of professionals.

He has very good understanding of the job because he came from Accident Investigation Bureau as Commissioner so his background exposed him to all the tricks of airlines and knows where to catch then and when to pardon them.
“He is not a noisemaker. During his period the industry has stability and hundreds of sanctions have been issued without any noise about it,” Aligbe said.

Many industry stakeholders, especially the operators believe that Usman stabilised the aviation industry and the sector still needed a quiet but efficient operator like him.