On July 14, 2019, it was exactly one year that Governor Kayode Fayemi schemed a wondrous come back to the centre stage of Ekiti politics, by winning a keenly contested governorship election.

Nigeria, being an environment full of cynics, people never believed Fayemi could return so dramatically four years after suffering the most humiliating defeat in the hands of his predecessor, Mr. Ayodele Fayose.

Even as popular Fayose seems to be in Ekiti, it took him eight years to recover from the web of impeachment weaved around him, culminating in his ouster in 2006. This underscores why people quickly realised that Fayemi remained the best option in that election, taking cognizance of his antecedents as a shrewd administrator and politician who does not view every action within the prism of politics.

However, as stunning as his defeat looked in 2014, one thing kept him afloat, and which always reverberated on the lips of his worst political adversary and this was the clear fact that his first four years was outstanding in terms of delivery of dividends of democracy.

Apart from bringing panache and dignity to governance, Fayemi through his eight-point agenda elevated the face of leadership and redefined politics to be able to make government respond to the yearnings of the suffering masses.

One thing has been a recurrent decimal since the advent of democracy in Nigeria in 1999, most of the second term presidents and governors had been were widely adjudged to have performed poorly. Some were found to be power drunk and think more about self than the populace. It was gradually becoming a general consensus that second term was more of a curse than a blessing.

But the nine months of Fayemi’s second coming is gradually rewriting the history. People are beginning to have a rethink that bad governance is not synonymous with second term, but it has to do with the ways an individual pilot the affairs of a state.

In approach, conduct and diligent prosecution of policies, the Ekiti Governor has upped the game and made governance assume a dimension of all inclusive participation. Besides that, he has succeeded in bringing a model of bottom to top approach, making people to have implicit confidence in their leaders and take absolute ownership of government.

Within the interregnum he won election and his swearing in, he had already done his ground work and had a full grasp of the economic status of the state. He knew that Ekiti was financially challenged due the burden of humongous debt running to a sum of N155 billion left by his predecessor.

That informed apt and compressed the policy thrust and guiding objectives of his government from the initial eight to five, so that funding won’t constitute an impediment to the wheel of progress. This development covers areas like : Social Investments; Knowledge Economy; Infrastructure and Industrial Development and Agriculture and Rural Development.

With the way he has handled some of these policies, Ekiti has become a safe haven and pride is gradually returning .

Before assuming office for his second term in 2018, over 40,000 people had been dislodged from government’s safety nets like; social security scheme for the elderly, Ekiti State Peace Corps, Ekiti State Traffic Management Agency, Youth in Commercial Agriculture, Food Bank scheme, and many others. The victims are being brought back and the palpable tension being advanced by poverty that had enveloped every stratum of the society, is subsiding and technically being routed.

It is no gainsaying that Ekiti’s economy rests heavily on monolithic civil service structure. Whatever affects the sector will automatically have a resonating effect on others. Before his return, civil servants were owed between four and eight months arrears of salary and pension.

Apart from paying some of the debt incurred in this sector by the immediate past administration, he has since October last year defrayed the salaries and pension up to date. He ensured that payment of salaries and pension are put on the first line charge. With this alone, the highly pauperized civil service is now waxing stronger and productivity and efficiency keep increasing through training and retraining exercises.

Education remains the pivotal sector where radical reform is being carried out. The first major action taken by Fayemi was the abrogation of the compulsory N1,000 education levy introduced by Fayose in all public and private schools. With this lofty gesture, education is now free up to secondary level.

In actual fact, that strategic move had shored up enrolments in schools and curtailed the indices of dropout. Also, the hitherto moribund scholarship board, has also been revamped and rejuvenated to reignite the old glory when Ekiti truly bore the sobriquet ‘Fountain of Knowledge’.

Not oblivious of the fact that nature had conferred comparative advantage on the state via good atmospheric and soil conditions, farming is being repackaged with modern touch. The idea behind this would make every youth to embrace the occupation. A youth driven programme tagged Youth in Commercial Agriculture that benefitted over 1,500 youth farmers has been brought back full throttle.

The government under this initiative will partner the Agriculture Development Bank (ADB) for multi billion naira investment in this sector. A youth organisation has also acquired over 5,000 hectares of land through the instrumentality of the state government to attract youths into commercial faming for local and foreign income earnings.

Most exhilarating was Governor Fayemi’s resolve to initiate a Transition Law that will fetter the hands of any governor to abandon uncompleted projects of the preceding administration. The governor opined that the people’s commonwealth can’t be plundered on the altar of politics. Fayemi in his own view perceived governance as a continuum and that the interest of the populace should be protected through judicious appropriation of public funds.

Of recent, the governor traveled as far as Abidjan in Cote D’Ivore on an investment talk with the President of African Development Bank AfDB) , Dr. Akinwumi Adesina. This drive was intended to propel radical upliftment of road infrastructure across the state. The governor had successfully enlisted the continental bank’s support for the rehabilitation and dualisation of Ado-Akure Road, for a start.

Piqued by the high incidence of rape and killings in Ekiti, the governor had established the state Security Trust fund, where stakeholders, including contractors, government and private institutions and people of good conscience will contribute to fund security.

Apart from the foregoing, the available legal framework has been put in place to checkmate the activities of child’s traffickers, rapists, defilers, and women’s rights’ violators. Two committees, chaired by the First Lady, Erelu Bisi Fayemi had been inaugurated to sensitize the people on the expediency of that need to stop making Ekiti a transit state for traffickers.

The recent experience in the Ekiti House of assembly, where lawmakers openly acted as governor’s surrogates was appalling. With the way the new Speaker, Hon Funminiyi Afuye was given unhindered chance to appoint his aides without interference, confirmed that Fayemi will walk the talk, by allowing the assembly to be independent.

The governor also displayed uncommon leadership ingenuity and patriotism, by paying the outstanding salaries and allowances of members of the State Civil Service Commission and House of Assembly Service Commission who were appointed under Fayose’s administration.

Stunned by this rare display of magnanimity, the out-gone chairman of the House of Assembly Service Commission, Hon. Tunji Odeyemi appreciated Fayemi for being kindhearted; adding that Fayemi’s gesture is uncommon and devoid of personal vendetta.

“We are most delighted for an avenue like this. I must confess that this opportunity we are having today is very uncommon. When a new governor or government comes on board, what they usually do is to remove members of commissions and boards appointed by their predecessor not minding the laws establishing those commissions. But you have magnanimously retained us and now paying our outstanding salaries,” the former acting governor said.

As expected, Fayemi’s government can’t be adjudged to be wholesomely free from hitches and challenges. While campaigning, the governor promised to pay within one year, all the outstanding salaries and pension of workers. As of now, his government has between three and seven months to pay in this regard. Workers are patiently waiting for the mastery and magic wands he would bring on board to redeem his pledge before October 16.

The People’s Democratic Party (PDP), has consistently picked holes in some of the actions taken by the governor. The party’s Publicity Secretary in Ekiti, Jackson Adebayo, accused the governor of politicising some of his policies in favour of APC members .

Adebayo particularly lampooned the governor over his perceived soft spot for killer herders, who are daily killing the residents on their farms. “If you see what Governor Fayemi has been doing, some of them were in favour of APC people and also playing hidden agenda of his party. How can a suspected herder kill a resident and the Governor Fayemi has maintained silence over it? We expected that he would speak openly against these senseless carnages,” he said.

The PDP said it found it vexatious that Fayemi could remain calm and silent on the controversial and suspended Rural Grazing Area(RUGA) policy of the federal government, when his colleagues from the south are openly opposed to the scheme.

Democracy is about multiplicity of opinions. The take away from the foregoing has been that the governor has not at any time frowned on the criticism of opposition. This motivated him for a trip to Orin Ekiti, where one Emmanuel Ilori was killed by suspected marauding herdsmen to sympathise with the town and give assurance that no one will be allowed to forcefully hijack any portion of land in the state.

Before the last year’s election that launched him back to political reckoning, Fayemi rhetorically said that his target is to reclaim Ekiti values; of honour, integrity, hardwork, unquenchable love for scholarship and knowledge seeking adventure within the next four years.

Going by his body language and deeds, it will be appropriate to aver that commensurate efforts are being desperately geared up to actualise the task of reshaping Ekiti. But the expectation is high and bearing in mind the mood in town, there is need for him to rev the pedal of development. 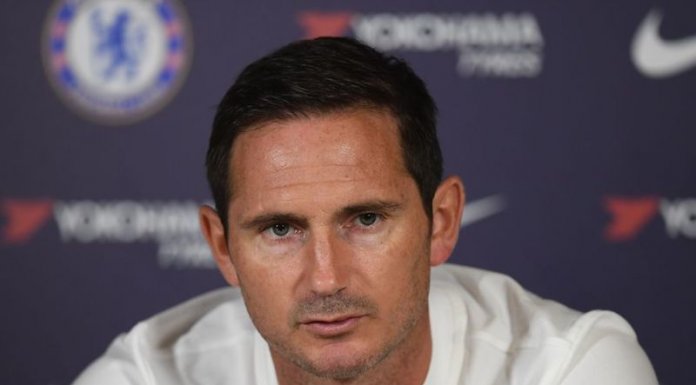