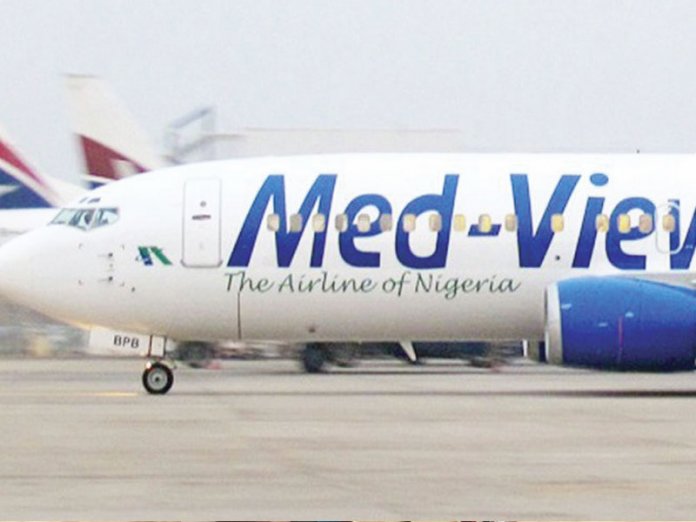 Accident Investigation Bureau (AIB) has announced that it was investigating Boeing 737-500 aircraft operated by Med-View Nigeria Limited reported to have had a serious incident mid-air which caused the crew to deploy oxygen masks and embark on emergency descent procedure, on Tuesday.

AIB said it was notified about the incident and that it had commenced probe into the serious incident.

A statement made available by the spokesman of the agency, Tunji Oketunbi read, “Aircraft operated by Med-View Nigeria Limited, Boeing 737-500 with registration marks 5N-BQM was involved in a serious incident en-route Lagos from Abuja on the 23rd July, 2019 at about 3:07pm local time with 27 passengers and six crew members on board. There was no fatality.

“From the information gathered so far, cabin altitude warning came on at FL 320 followed by deployment of oxygen masks which necessitated the crew to carry out emergency descent procedure. Our team of safety investigators have commenced investigation,” AIB said.