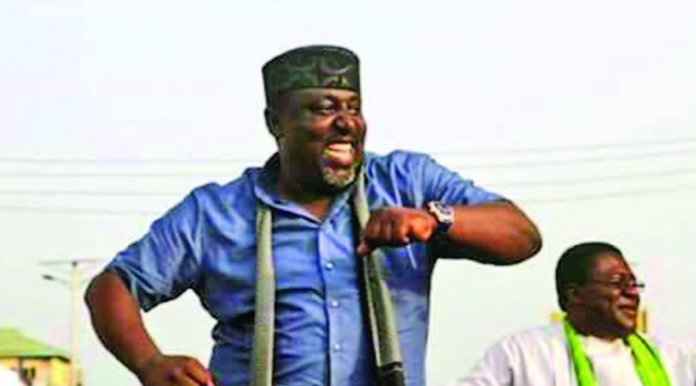 To begin with, he appeared to have issues with due process and transparency. He therefore chose to execute projects without following any laid down process. There were no competitive biddings before contracts were awarded and the result was that the projects, were not handled by competent hands.

Erosion has continued to leave a devastating effect in most of the Southeast and anyone undertaking any construction work should bear this in mind.
The government of Okorocha, however, appeared not to have taken this into consideration while embarking on projects. For instance, the road leading to Umuchima constructed by the Okorocha’s administration collapsed at the point, where he had built a bridge to channel water coming from gully erosion away from the road.

Two other bridges in Owerri town being constructed by him will have to be pulled down and reconstructed, because materials that would allow them to last for a longer period were not used in the construction. Tunnels built by the state government under Okorocha are impassable when it rains.
When the Council for the Regulation of Engineering in Nigeria (COREN) raised the alarm over bridges being constructed by the Okorocha-led government, many did not take the council’s concern seriously.

COREN had described the bridges as “disasters waiting to happen”, because the projects were executed without engineering designs. But a visit to Owerri will leave no one in doubt regarding the truthfulness of the council’s claim.
The question begging for answers is, why will a governor endanger the lives of his own people? Aside from the badly executed projects, the rate at which the government under Okorocha converted state’s assets, including land, into personal use was equally alarming.
For instance, Imo Broadcasting Cooperation Quarters located at Orji, near Owerri, the state capital was converted to Rochas Foundation College. That is brazen. Why would a governor convert the people’s commonwealth to his personal property? The people of Imo deserve an answer.
As if that was not bad enough, lands belonging to private citizens were forcefully taken over and converted into private use in sheer disregard to the provisions of the 1999 constitution as amended and the Land Use Act.

Little wonder, the state’s House of Assembly is already calling for a probe.
A member of the House, Uche Ogbuagu, who moved the motion during plenary recently urged his colleagues to summon Okorocha’s aides to appear before the House to explain how the government asset was converted into private use.

He said: “Government land, particularly the IBC Quarters, Orji, was converted into private use, the name is Rochas Foundation College. Many individuals were equally dispossessed of their lands by the immediate past governor of Imo State for his private use.
“It shall be for the interest of justice to recover all the government lands unlawfully converted into private use and also return the land unlawfully grabbed from individual owners to the legitimate owners.
“Government officials at ministry of lands, particularly the director and others should be summoned to appear before the executive session of the House to give account of their stewardship.”

In his desperation to keep fooling the people, Okorocha made last minute attempt to impose his son in-law as his successor. This was not going to be. Emeka Ihedioha of the Peoples Democratic Party (PDP), who succeeded Okorocha was shocked at the level of atrocities that was discovered after assuming office as governor.

Under his watch, state government’s property worth N50bn, were carted away, according to a committee set up by Ihedioha to investigate and recover government’s assets.
Jasper Ndubuaku, the committee chairman, said some of the government properties recovered include 279 Prado SUVs, 27 pay-loaders and 27 lorries.
Ndubaku said some government vehicles were sold at “give-away prices to political associates” and that the sales would be reassessed.
He said 67 vehicles were taken away from the state government house in Owerri while “all past commissioners in the state went away with the vehicles in their various ministries.”

He added that 150 transformers bought by Okorocha, were also taken away by the government officials, while items such as cutlery, plastic seats and generators used by former commissioners were not left out.
One other problem the administration of Okorocha bequeathed on his successor is a heavy debt burden. The governor said as at the last count, the state has over 150 judgment debts.

Given the recklessness with which Okorocha governed the state, one is tempted to ask what happened to the oversight function the state house of assembly was supposed to provide? Or is the executive branch too powerful for the house to exercise any check?
While Okorocha might have taken things to the extreme, what happened in Imo isn’t too different from what obtained in many other states of the federation. The reality is that, just like the president, state governors wield equally enormous powers. This is why the legislature needs to become more independent.
Pix: Okorocha.jpg and One of the roads constructed by Okorocha and which has since given way.jpeg