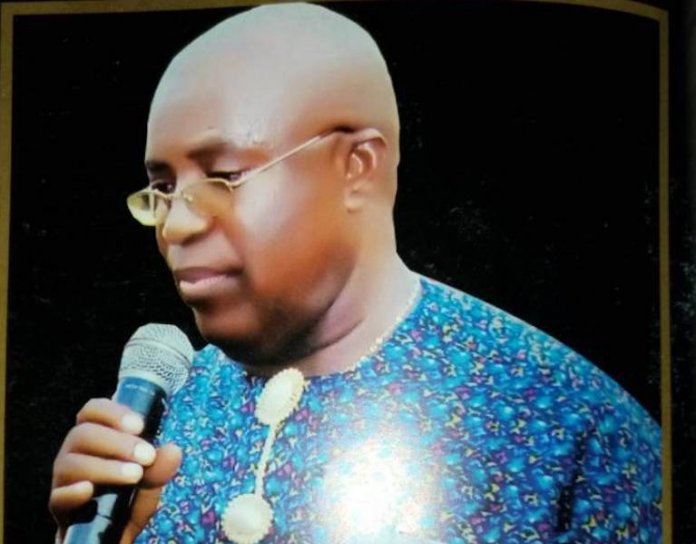 The apex socio-cultural association of the Etche moves to explore the nationality’s spectacular capabilities for collective progress. Chiemele Ezeobi reports

Every year at Easter, the people of Etche in Rivers State assemble under the aegis of their top socio-cultural organisation, Ogbakor Etche, to discuss the good of their land. It is a meeting of minds on breaking barriers to progress and charting new courses to development.

This year’s Easter Convention, held April 22 at the traditional venue, Obiri Etche, Umugwu, Okehi, focused on, “Positioning and Motivating Etche Nation for Political/Economic Relevance.” It aimed to explore ways of harnessing the people’s unique social, economic, and political resources for the enhancement of their standing within the comity of Nigerian nationalities.

Motivated by a shared love and devotion to the good of Etche land, speaker after speaker highlighted the rich quantity and quality of development resources Mother Nature has endowed the people with, and how their proper harnessing counts towards the status and reputation of the Etche nation. They deplored what they viewed mainly as man-made hindrances to the advancement of the land and the people and called for deliberate efforts to overcome the limitations.

That was the critical point of the three papers delivered at the occasion. Presenting his paper, titled, “Positioning and Motivating Etche Nation for Political/Economic Relevance,” Barrister Jerome Okere decried the structural inhibitions to the relevance of Etche in national affairs. Okere stated, “For an effective and efficient realisation of the positioning and motivating of the Etche nation for political and economic relevance, there must be a synergy in the existentialism of the socio-cultural, religious, economic, and political groups and structures within the enclave of Etche nation.”

He called for more recognition of Etche indigenes for state and federal appointments as a way of giving the people a sense of belonging and enhancing the status of the second area, after Oloibiri, where oil was found in commercial quantities in Nigeria.

The second paper, “Enhancing the Political and Economic Development of Etche Nation,” by Sir Sam Nwankwo, emphasised the need for visionary leaders in Etche who could effectively match the needs of the people with development programmes. Nwankwo called for inclusive governance and suggested that leadership in Etche, a nationality comprising Etche and Omuma local government areas, should be provided by dedicated sons and daughters from Ogbakor Etche, Local Government Area Committees, and Rural Development Committees.

“The economy of Etche nation holds a lot of promise which can become a reality only if developmental strategies are strictly planned and faithfully implemented by a visionary leadership,” he stated.
Nwankwo also advocated the urgent organisation of an Etche Economic Development Summit and urged more attention to education, agriculture, health, road, and power supply. He said the political class “must exercise reasonable political will to execute all government proposals and projects in Etche diligently and equitably.”

The third paper by Vice President-General (Omuma Clan), Ogbakor Etche, Comrade Japhet Ogbueri, which had the topic, “The Genesis, Nemesis and Paralysis of Etche: Critical Matters Arising,” bemoaned the grabbing of Etche lands in the Oyigbo area. It regretted the docility of Etche people in the face of challenges, declaring that the people should rise up and be counted.

“As a distinct tribe of people, we must discover our problem so that our recovery can be granted by the forces of natural justice,” wrote Ogbueri, who is also Assistant Secretary of Pan Niger Delta Forum (PANDEF).
With the discovery of oil in commercial quantities at Umuechem, Etche, in 1959 – after Oloibiri, Bayelsa State, in 1956 – Ogbueri said there would have been a major boost to the development of Etche land, but for the 1979 Constitution that ceded all mineral resources to the federal government. He saw this as an act of dispossession, which, with the irresponsible activities of some oil companies operating in Etche, had retarded the development of the area.

The speakers believed Etche deserved more from both the state and federal governments given its position as the fourth largest ethnic group in Rivers State, third largest oil producing area of the state, and a great food producing area, widely considered the food basket of the old eastern Nigerian, now South-south and South-east.
In an official communique released at the convention, it was stated, “The problem with Etche lies within and there is need to have a political leadership that will drive the people to the much desired development.” The communique called for unity and cooperation between the traditional rulers and the political elite in Etche, saying both should use their positions to serve Etche and enhance the wellbeing of its people.

Earlier in his remarks, the chairman of the convention and former Commissioner for Education in the state, Chief Allwell Onyesoh, JP, commended the executive of Ogbakor Etche for its efforts to revitalise the organisation and reposition Etche in the scheme of national affairs. Onyesoh saluted the doggedness and commitment of the President-General of Ogbakor Etche, Sir Machy Nwodim, JP, and Secretary-General, Mr. Eleazar Kas Nwogu, to the wellbeing of the people. He advised other stakeholders in the Etche project, including traditional rulers, politicians, businessmen and businesswomen, and the youth, to unite to defend the people’s common interests.
The Etche-American Foundation, an association of Etche indigenes resident in the Unites States, echoed similar sentiments, pledging its willingness to join hands with the people at home in the development of Etche land.

Occasions like this offer serious moments for sober reflection. The 2019 Easter Convention of Ogbakor Etche did even much more, leaving no doubt that beyond the routine of annual celebration there is a deep pool of thought and feeling about the progress of Etche land.