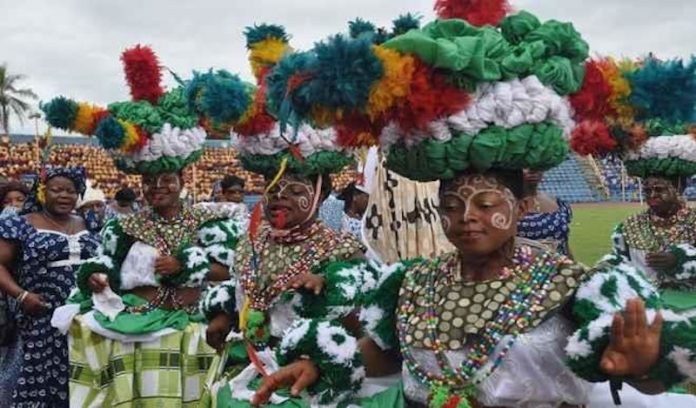 Great expectations swirl around this year’s National Festival of Arts and Culture (called NAFEST), which holds in Benin from October 19 to 26. Countries like Senegal, Mali, France, Ghana and many more will be featured during the annual jamboree.

This was disclosed during the opening of the 49th National Stakeholders meeting on NAFEST presently holding in Benin. The Edo State Governor Godwin Obaseki, who was represented by the Commissioner for Arts, Culture, Tourism and Diaspora Affairs, Osazee Osemwegie-Ero said the state has secured the commitment of several countries towards NAFEST in a bid to project the ancient cultural endowments of Benin. This was at the opening ceremony.

In his address, the National Council for Arts and Culture’s director-general Otunba Segun Runsewe, who donned the rich traditional regalia symbolic of Benin royalty, said that NAFEST will not only serve as a unity forum, but will also provide a major economic boost for Edo.

Runsewe added that the platform will offer the opportunity to promote globally the rich, undiluted culture of Edo which is at least one thousand years old.
He solicited for continuous unity among Nigerians which NAFEST seeks to promote stating that unity is a precursor to economic prosperity citing the Dubai example which according to him can be replicated if we harness the rich culture of Edo as an economic product.
The opening followed a technical session convened at the instance of the NCAC and several stakeholders in the industry who will be brainstorming and developing concepts to ensure 2019 NAFEST is truly memorable.

As Benin comes into limelight following grand plans for NAFEST 2019, the NCAC DG may have set the ball rolling with the new name, “Otunba Edoma Runsewe” collectively given him by Edo Stakeholders.

In a related development, Otunba Runsewe was recently conferred with an award in Ghana.
Last week, Ghanaians knew a Pan Africanist, a tourism diplomat and communicator was in town. Runsewe electrified the event and got our brothers across Africa, not just Ghanaians entrapped about the beauty of intra-African unity and brotherhood. It was a lesson in history from a Nigerian, a cultural tourism enigma well-grounded on the business of tourism communication and its many unexplained advantages which both sides of the divide across Africa are yet to understand.

The cultural icon had in an address taken his audience through the forgotten history of Nigeria-Ghana relationship, dropping names like Yakubu Mabo, Baba Eleran and others, who were by birth Ghanaians but wore the colours of Nigeria. Also on the side of Ghana were Nigerians who stood with Ghana but donned the colours of the great black stars.
The hall erupted with plaudits, as Ghanaians, young and old stood up in appreciation of historical truth and testimony of a brotherhood.

Insecurity: A Great Retardation to Peace and Progress (Part 4)