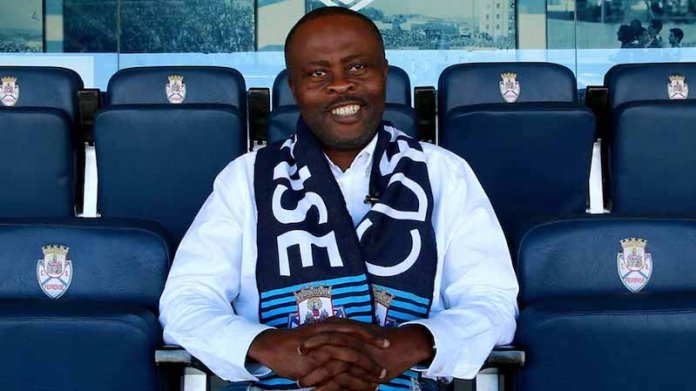 It is a well-known fact that opportunity favours the bold. But while the former is in abundance, the latter is in short supply. It is much easier to escape from the arena than to take the bull by its horns and risk being gored to death. However, when opportunity came knocking one fine day in 2013, Kunke Soname not only flung open the doors in welcome, he embraced it like an old friend, courteously ushered it in, and made the most of the rare chance to stamp his mark on history.

Six years on, Kunle, the former chairman of Ikosi-Isheri Local Council in Ikosi Local Government Area of Lagos, continues to rake in the big bucks from Bet9ja, the revolutionary online gambling platform he founded. While others scoffed at the idea of promoting a perceived social vice, Kunle saw an opportunity to make his mark and at the same time create employment opportunities for thousands of otherwise jobless youths in a time of biting austerity.

The results speak for themselves. Today, Bet9ja is a source of income for lots of young people through its network of affiliated shops across the country. Bet9ja was able to break into the market by introducing offline play which turned out a reliable source of employment for Nigeria youths. The philanthropist and sports enthusiast husband of pretty Kemi Soname makes sure he gives back to the society that has given him so much through continuous patronage. He is a regular donor to several humanitarian causes, both in Lagos and his native Remo, Ogun State. In 2017, he signed a 200 million deal to make Bet9ja the official sponsor of Nigeria’s second tier, the National League.

While others stood on the sidelines, Kunle decided to stake his all rather than just place little side bets on the sidelines. He played the big odds of fate and won, just like many are doing on his own platform.