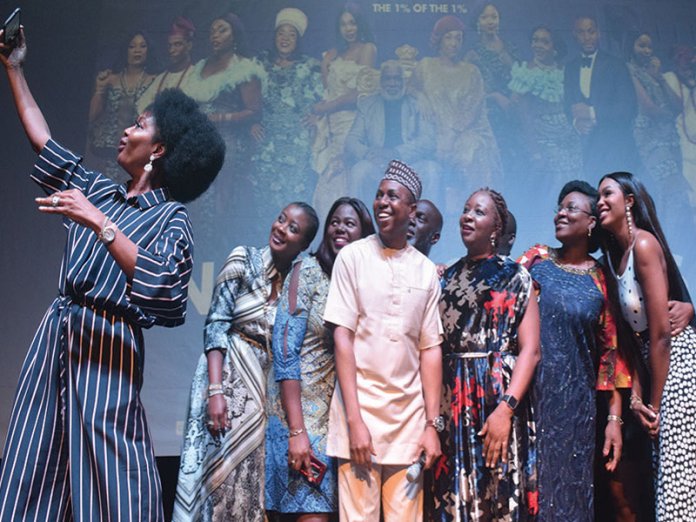 The film which was screened at the Terra Kulture Arena was a reflection of the company’s drive for excellence and innovation, according to its Head, Corporate Communications, Bethel Obioma.

“For us, it is all about supporting excellence, the arts, to bring about the change we need in our nation. We are supporting narratives that we build the traction that we need to cause change.”

He further stressed that “Sahara Group believes in the transforming power of the written word, photography, music, drama and other forms of art and our commitment has remained unwavering through various interventions and partnerships. Our involvement with the arts enables Sahara to keep spearheading a gold standard for corporate citizenship as the world continues to work towards achieving the 17 Sustainable Development Goals (SDGs).”

The Austen-Peters produced and directed film focuses on one of the prestigious elite families in Lagos state, The Holloways. The comedic drama mirrors the opulent lifestyle of the elites who are often caught in a web of lies, greed, envy and betrayal. The plot is multi layered with themes that address family heritage, corruption, and boldly tackled the subpar standards of most Nollywood movies.

For most part of the evening, the theatre was filled with laughter from members of the audience who could hardly sit still at the comedic acts of Alexx Ekubo, Elvina Ibru and Toyin Abraham. The film also starred first timers like Oladele Ogunlana and Winihin Jemede as well as familiar acts like Jide Kosoko, Sharon Ooja, Helen Paul, Gbenga Titiloye, Norbert Young among others.

Highly lauded as the life of the film, Ibru was greatly applauded when she came on stage to take a bow. She thanked the audience while noting that the industry needs more support from corporate organisations such as Sahara Group.

“If corporate bodies like you were not supporting us then all these kind of things will not be happening and we need that support to continue so that Nollywood can actually boast of not churning out most of the movies but also the best of the movies.”

The movie is still showing in cinemas nationwide.