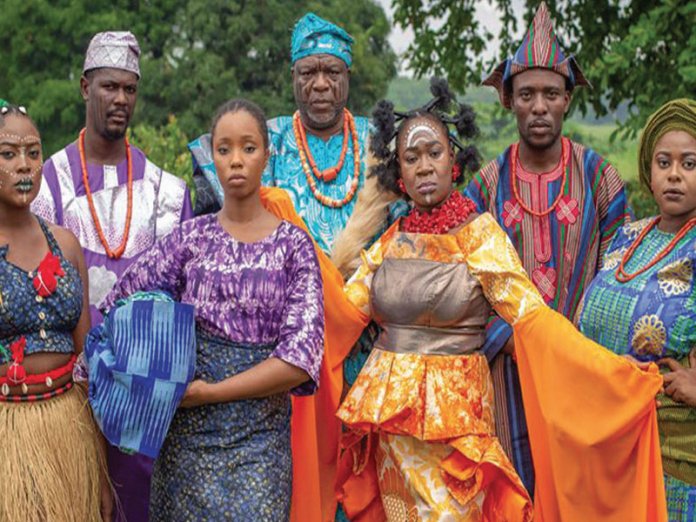 Theatre buffs are in for a treat this weekend as BEETA Universal Arts Foundation (BUAF) is set to stage its 2018 award-winning play ‘Jagagba’ at Agip Recital Hall, MUSON Centre from today till Sunday July 19.

In a statement issued by the founder of BUAF and producer, Bikiya Graham-Douglas, the play, ‘Jagagba’, written by Abdul-Qudus Ibrahim captures the conflicts that characterise traditional society with interplays of political metaphors and social contradictions. The play explores family ties, the perceived gap between evolving cultures, societal values, inclusivity, security, gender issues and co-existence.

Jagagba was the winning play at the 2018 BEETA Playwrights Competition out of the 348 entries from 30 states. Asides winning the N1m prize money and a publishing deal, the stage production is part of the perks of emerging as the competition’s top winning play.

The playwright who hails from Kogi State has a Bachelor’s degree in Banking and Finance from Covenant University. His passion and zest for writing has launched him into the theatre with this play coming alive this weekend in Lagos.

Graham-Douglas said the foundation was created because of her love for the performing arts and to make it an avenue to open up opportunities for young people to develop their talent and tell original Nigerian stories. In the first edition of the competition, ‘Our Son The Minister’ written by Paul Ugbede won in 2018 and was produced with a star-studded cast.

Jagagba will run two shows tomorrow and Sunday July 19. Tonight is the opening night which will be received in high spirits.