Over the last few weeks, there has been a national discuss on whether or not Avastin, the drug linked to blindness experienced in Kaduna State, should be recalled. In this interview with Prof. Francis Durosinmi-Etti, Nigeria’s foremost Clinical Oncologist with University of Lagos, and pioneer Chief Medical Director, National Hospital, Abuja, he said Avastin is one of the innovations that has helped in the treatment of Nigerians with cancer. He also called for proper investigation into how it was used for eye treatment. Martins Ifijeh brings excerpts:

Considering the recent report from Kaduna where 10 persons went blind because of the use of the alleged use of Avastin as treatment, what is your take on this otherwise cancer treatment drug?
Avastin ideally is for cancer treatment which has been found useful for treating breast, cervical, colon, among other forms of cancer, but sometimes, there is what people call off-label use of drugs, such that the drug is then used for something else. Ophthalmologists sometimes use Avastin for treating eye problems. This has been used in America for treating degeneration of the eyes, and they have had some good successes. But for us in Nigeria, that is not the primary use of that drug. For its use in Kaduna, I do not have the details of what must have gone wrong, but one thing is clear, Avastin is a very useful drug for cancer treatment and should still be in use.

What could have gone wrong with its use in Kaduna if indeed it is a useful drug?
I have read about its successful use in the US for eye treatment, and I am aware this is done using special concentrations, not like the concentration we use for cancer treatment. So usually, theirs should be pre-packaged in the syringe. You know people are different, the way I may want to inject substances into parts of the body might be different from the way another physician uses it, I mean the types of force used or whatever. So, mode of usage is sometimes subjective.

Avastin use should still be encouraged because if that is taken away, many of our cancer patients will be in trouble. It is reasonably affordable to our patients. You know how cancer drugs are expensive. Some may cost over a million naira. How many Nigerians can afford that? So, one of the drugs we manage is Avastin because our patients can still afford it relatively.

For causing direct blindness or partial blindness to the eyes, as is the case in Kaduna, don’t you think there is something in the drug that is harmful to man?
On the contrary, the substance in the drug actually act on vessels. Cancers tend to proliferate by forming very tiny vessels and that’s what makes them survive, but this is a drug that blocks receptor sites, it is an anti-vascular endothelial receptor sites, so it blocks this sites on them and then ensure those vessels do not proliferate any more. That is the way it actually ‘cures’ cancer. So whether that is the same method they are trying to use; I do not know.

In your 47 years of practice, has there been times Avastin had an adverse effect?
It is a relatively a new drug, licensed in America in 2004. You know before it comes to Nigeria it would take of course say seven years or so. It has not had adverse effect during this short period I have used it.

If this drug is banned in Nigeria, what will be the effect on cancer patients?
If banned, it will mean you have taken away one of the important tools of treating cancer in Nigeria. Prior to now, there were certain ways of using drugs, but in this modern day, what we do is targeted therapy at the molecular level, and that is one role this drug plays in cancer treatment. It is one of the new innovations we rely on in curing cancer.

What is your advice to government as it investigates role of Avastin in the Kaduna incident?
Government should look into what would have caused the adverse effect. They should work with the Ophthalmology Society of Nigeria, National Agency for Food and Drug Administration and Control (NAFDAC), research institutes and then look at what could have gone wrong.

There was same issue sometime back in America where investigation showed the error came from the syringe used in administering the drug, and the American government recalled that batch of the drug. In that American report, investigation showed while the needle was in the eye, additional pressure was applied in administering the drug, and this affected the eyes. So, I don’t know if that was the case with the Kaduna incident.

Government should check from the centre in Kaduna how the drug was administered. They can check for concentration or even the batch. 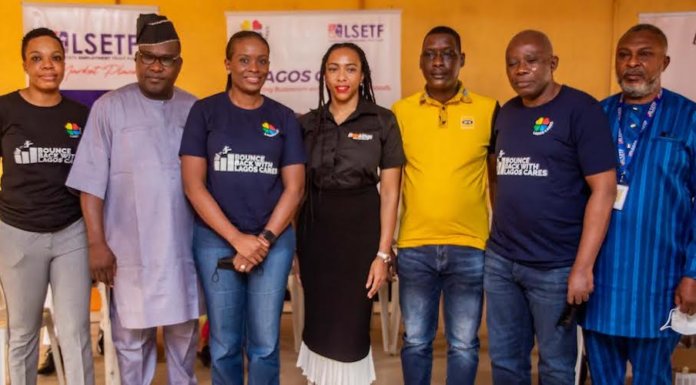