The United Nations Development Programme (UNDP) has said about 2.8 million people are in dire need of protection and humanitarian intervention as the Lake Chad region continues to witness the ravages of the Boko Haram insurgency.

The UNDP Regional Director, Bureau for Africa, Ahunna Eziakonwa, disclosed this during a regional parley by representatives of the four affected nations in Niamey, Niger Republic.

Several CSOs and stakeholders also attended the meeting to deliberate on the crisis rocking the Lake Chad region.

The event, organised by the Lake Chad Basin Commission (LCBC), according to Premium Times, has technical support from the UNDP, African Union (AU) and the Crisis Management Initiative (CMI).

Eziakonwa said the unending conflicts across the four nations have eroded, “and in some cases ruptured, the bonds and relationships within groups and communities, with the poor bearing the greatest brunt.

“The Boko Haram insurgency in North-east in Nigeria and neighbouring countries of Cameroon, Chad, and Niger has resulted in displacements, destructions of basic infrastructure, and environmental degradation on the Lake, severely impacting communities across the region.

“The conflicts have eroded, and in some cases ruptured, the bonds and relationships within groups and communities, with the poor bearing the greatest brunt. Extremists target public spaces, forcing people to make difficult choices between risking death by going to work to earn a meagre living, or risking the very survival of their families. Nowhere is this more evident than in the Lake Chad Basin with over 2.8 million people displaced across four countries,” she
said.

She called on concerned authorities to fast-track solutions that would end the conflict.

“The Lake Chad Basin countries have always been an important focus of the United Nations Development Programme. The eight Provinces/Regions of the Basin are home to 19 million people, sharing borders, cultures, languages, currencies. Still, and perhaps more than ever, the Lake Chad Basin countries, with their specific and different contexts, challenge us to find the right solutions to issues of inequalities, deprivation, and poverty.”

She also said the second Governors’ Forum is a continuation of collective efforts to address a three-tiered crisis.

These she said include: “Structural and persistent development deficit across parts of the region; a breakdown of the social contract that has fostered localised violent extremist insurgency; and an unfolding environmental catastrophe. While affected by the same crisis, we are cognisant that the situation differs among countries in the Lake Chad Basin and that our offer has to be harmonised yet differentiated. National responses must be complemented by cross-border interventions and regional collaboration.”

Eziakonwa also spoke on what the agency is doing to help resolve the crisis.

“The Lake Chad Basin Commission is an invaluable partner to UNDP and the UN system,” she continued.

‘Its regional mandate provides important avenues to holistically address the daunting problems facing Boko Haram-affected areas. The LCBC, with support from the African Union and UNDP, has developed a comprehensive Regional Stabilisation Strategy that is a demonstration of national, regional and continental ownership and leadership that deserves to be supported.

“With support of our development partners including the governments of Germany and Sweden, UNDP is spearheading interventions on stabilisation across the four LCBC
countries.

“Interventions make possible a critical injection of integrated services in needy areas, focusing on strengthening the social contract, increased access to basic services and livelihood revitalisation. As we focus on stabilisation of the region, UNDP’s contribution is also preparing the ground for longer-term transformation and sustainability by working with the LCBC, national governments and other partners.”

The event, which is ongoing, is aimed at enhancing “joint efforts, coordination and. regional ownership to resolve the crisis by promoting cross-border dialogue, cooperation and exchange, and to support ongoing national, regional and multilateral efforts towards stabilisation in the Lake Chad Basin (LCB)” 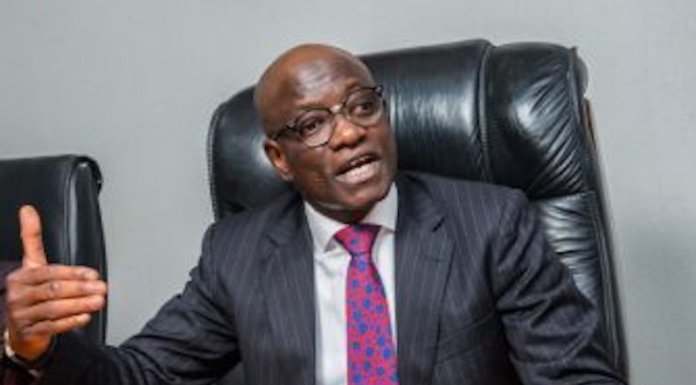