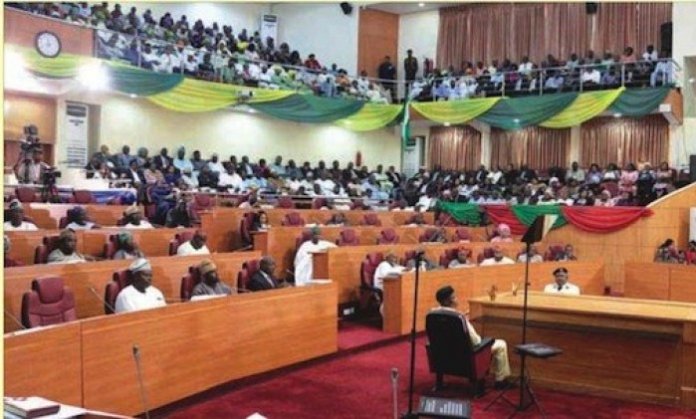 The one-month leadership crisis that engulfed the Bauchi State House of Assembly (BSHA) took a new turn yesterday as Abubakar Y. Suleiman-led faction held its first sitting yesterday at the Assembly’s complex under tight security and approved the list of new appointments sent to it by Bauchi State Governor, Senator Bala Mohammed Abdulkadir.

The sitting, which lasted for about one hour, was attended by all the 13 members that elected Suleiman as Speaker on June, 20.

Suleiman and Kawuwa Shehu Damina were the two factional speakers of the BSHA that emerged last month.

The sitting of the Suleiman’s faction of the state assembly occurred as the Adhoc Committee set up by the Speaker House of Representatives, Femi Gbajabiamila, arrived Bauchi State to address the leadership crisis plaguing the state’s legislature.

The Suleiman’s faction that sat yesterday attended to a correspondence from Governor Abdulkadir that requested for approval state assembly to appoint 10 Special Advisers that will assist the governor in running the affairs of governance of the state.

The governor’s correspondence was read by the Speaker, Abubakar Y Suleiman, after it was handed over to him by the Clerk of the Assembly who acknowledged receipt of the correspondence from the executive arm of the state’s government.

After the deliberation on the correspondence, the assembly approved the request and gave the governor the go ahead to make the appointments and revert back to it.

Meanwhile, the House of Reps’ Committee will hold a public hearing today (Tuesday) on the crisis rocking BSHA.

The 12 member committee, which is headed by Hon Musa Sarkin Adar, is tasked with the responsibility of finding out the circumstances that led to the emergence of two speakers at the BSHA.