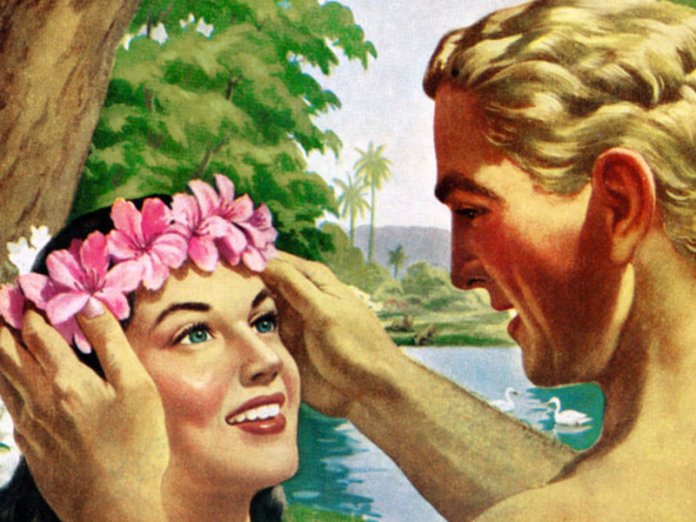 THE ALTERNATIVE STORIES With Reno Omori

There has been quite a storm in the Nigerian media over comments made while preaching by Pastor Chris Oyakhilome, founder of the campus based Believers Love World, and the larger Christ Embassy churches.

Although those comments had been made several years ago, they were only just unearthed recently by those who my dear friend and former colleague, Reuben Abati, named ‘children of anger’.

Pastor Chris while preaching, could be heard saying that in a marital relationship, the husband is the “master” of the home and all that are in it, as well as that women were not God’s original creation.

In our modern world of political correctness, were people live by feelings, rather than principles, I can see how Pastor Chris’ words would have induced a hissy fit in children of anger, especially feminist. However, there was nothing that Pastor Chris said, in that video, that was not scriptural.

God’s Word remain valid, active and true, even if we do not like them. Even if they grate on us. And, even if they are not politically correct. The times change. Social values change. Fashion comes and goes. Pop stars glow and fade. But the Word of God abides forever!

Apostle Paul had the same experiences, and they are recorded in the book of the Acts of the Apostles.
Many of those who resisted the Gospel message that Paul took throughout the known Gentile (non Jewish) world did so not because they felt that Paul was teaching heresy. They did it because they were jealous of the crowds Paul pulled, or because they felt he was a threat to their pecuniary interest (makers of idols for the temple of Diana), or because he threatened their power base.

What Pastor Chris said is true and from what I observed. those who are resisting him, know it is true. His traducers, on this occasion, appear to be mainly feminists.
Obviously, the things Mr. Oyakhilome said, are a threat to feminism, which is defined by the Merriam Webster Dictionary as; “the theory of the political, economic, and social equality of the sexes”.

Obviously, a person driven by the above defined philosophy, will have issues with Christianity, because that is against biblical doctrine.
What Pastor Chris Oyakhilome said is scriptural. Man was created for God. The woman was created for the man, as a helper. It might annoy you, but truth is often annoying. Truth is not politically correct.

In Genesis 2:18, we read “And the LORD God said, It is not good that the man should be alone; I will make him an help meet for him.”

The above verse is clear. My counsel to feminist is to leave Pastor Chris Oyakhilome alone and direct their anger at God. It is obvious that man is God’s ORIGINAL idea. Women were created after. They are created to help man. “The head of every man is Christ, and the head of the woman is man”-1 Corinthians 11:3.

DONT ADJUST SCRIPTURE TO FIT FEMINISM. ADJUST FEMINISM TO FIT SCRIPTURE. The idea that the sexes are EQUAL originates from satan. If FEMINISM means EQUALITY of the SEXES, by virtue of 1 Corinthians 11:3, it is not POSSIBLE to be a FEMINIST and a CHRISTIAN.

FEMINISM is not conducive with The Bible. There is no FEMINISM in heaven. In heaven, there is only ONE GENDER. We will all be SONS of God in heaven, not DAUGHTERS (Job 2:1, Matthew 22:30). That is why Galatians 3:28 says “There is neither Jew nor Gentile, neither slave nor free, nor is there MALE and FEMALE, for you are all ONE in Christ Jesus”.

In fact, FEMINISM Is what led to man’s FALL. Eve was a FEMINIST. She was created to HELP Adam. Instead, she DOMINATED Adam and INFLUENCED him to disobey God. That is why man FELL from GRACE. Satan has no new tricks. FEMINISM is a REPACKAGING of The Garden of Eden. The Bible has no room for FEMINISM.

The concept of FEMINISM did NOT originate in the mind of a human being. It originated from the mind of the devil and was subliminally planted in peoples’ mind. “Neither was MAN created for WOMAN, but WOMAN for MAN.”-1 Corinthians 11:9. ‘God does not practice FAIRNESS. He practices JUSTICE. Even me, I feel FEMINISM is FAIR. That is my CARNALITY. However, I dont live by my FEELINGS. I live by my PRINCIPLES. And my PRINCIPLE is OBEY God even if you dont FEEL like it. PRINCIPLE above FEELING.’
If you read The Bible, you observe that God made women to be more SPECIAL than men. More REFINED than men. To have more QUALITY than men. To be given PREFERENTIAL treatment over men. To be TREASURED over men. But NOT, and I repeat, NEVER to be EQUAL to men. It is often mistakenly believed that Jesus had 12 disciples. Not true. He had about 600. Many of the most devout disciples were WOMEN. But He chose 12 MEN out of them to be APOSTLES. Jesus was NOT a FEMINIST. FEMINISM is ANTI CHRIST and of devilish origin.

Yes, those who claim that Pastor Chris Oyakhilome is WEAPONISING The Bible by saying women are NOT EQUAL to men are right. Ephesians 6:11 describes The Bible as a WEAPON. It is an ANTI CHRIST spirit that is against The WEAPONISATION of The Bible. To do so is to DEMONISE The Bible.

“Let me even go farther and say that because of EQUITY, a woman is SUPERIOR to a MAN in the following:
BEAUTY
GRACE
CHARM (not referring to amulets)
INTUITION
AFFECTION
MULTITASKING
COMMUNICATION
LIVING LONGER
MERCY
LOVE
COMPASSION, and many, many more.

However, according to The Bible, a woman is not EQUAL to MAN. In reality, there is no difference between being INITIATED into FEMINISM and being INITIATED into SATANISM. SATANISM is anything AGAINST GOD. God ordained man to be the head over woman (1 Corinthians 11:3). FEMINISM ordains the OPPOSITE. God ordained EQUITY not EQUALITY!
Finally, let me conclude that Christians who are feminists, have a choice to make. Feminism, as defined as the pursuit of equality between the sexes, and Christianity are two parallel lines that can NEVER meet. You either choose to believe The Bible, or believe Feminists. But you can’t believe both.

#RenosNuggets
You can be born a:
MUSLIM
HINDU, or
BUDDHIST

But you CANNOT be born a CHRISTIAN.
Staying in an airport wont make you a JET. Going to church wont make you a CHRISTIAN. There are many people who ASSUME that they are followers of Christ. Some are even pastors and leaders in churches. But the truth is that NOBODY is a CHRISTIAN except they CONSCIOUSLY CONFESS Jesus as their Saviour.
#FreeLeahSharibu #RenosNuggets

#RenosDarts
I am against RUGA and I am against ISLAMISATION. I am willing to spill my blood to ensure that both of them DONT see the light of day.
But as long as other ethnic groups are represented on the new Nigerian international passport, I don’t see anything wrong in it bearing the image of herdsmen and their cattle. Herdsmen are also Nigerians. We are against KILLER herdsmen, not PEACEFUL herdsmen. We must promote PEACEFUL COEXISTENCE.