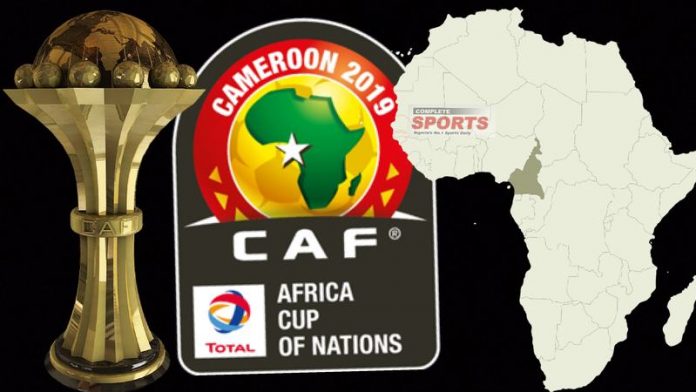 Associating with Nigeria’s Super Eagles is the rave now, as Nigerian billionaires Aliko Dangote and Femi Otedola join the queue of those promising dollar rain on the national team.

After Nigeria’s victory at the Cairo Stadium, Nigerian fans, especially those in the country’s colours were besieged by Egyptians who formed most of the stadium’s population they had bought tickets before their team lost to South Africa in the Round of 16.

The Egyptians adopted the Eagles as their team and wanted to take pictures with any Nigerian they could find.

“Please take a picture with the kids,” a father implores a fan who is visibly exhausted from taking multiple pictures.

The Egyptians posed with Nigerian flags and danced to chants of “Ni-ge-ria, Ni-ge-ria…”

Indeed, success has many fathers…

The Super Eagles made it to the semi finals knowing neither Algeria nor Cote d’Ivoire would be easy pickings in their next game. Now, they have been proved right with the grueling route it took the Desert Foxes to reach the semis after 120 minutes of one all draw with the Elephants before triumphing 4-3 in penalty shoot out.

But in a tournament where you play seven matches in a month if you harbour hopes of winning, every little advantage counts; like having an extra day’s rest over your opponent.

Better still if they had to go through a grueling extra time encounter, with an emotionally draining penalty shootout, which was exactly how Algeria finally prevailed.

Super Eagles manager Gernot Rohr said after his wards beat Cameroon that the extra days of rest played to his team’s advantage, as well his opponents travelling to come face them.

Well, Algeria played in Suez yesterday and have just two days to settle in Cairo before facing the Eagles at their new home.

Nigeria and Algeria have a history of rivalry at the Africa Nations Cup.

The Super Eagles won their first title by beating Algeria 3-0 when Nigeria hosted the competition in 1980.

Not to be outdone, the Desert Foxes won their only crown by defeating Nigeria 1-0 in the final in 1990.

The rivalry continued in the buildup to Nigeria’s first World Cup qualification in 1994. The Eagles dealt with their rivals 4-1 at home then played 1-1 away which earned qualification.

And for this past World Cup in 2018, the Eagles again finished top of a group that included Algeria; 3-1 at home, 1-1 away. This last result is recorded as a 3-0 win for Algeria because Nigeria fielded an ineligible player.