Bashir Makama is the Ogun State Commissioner of Police. Although he had served creditably in different volatile parts of the country as police commissioner, he was on the firing line recently following claims and counter-claims over the number of ammunition submitted to police authorities in the state by the former Governor, Ibikunle Amosun.  In this interview, he spoke about the controversy it generated  and other issues relating to fighting crime in the state. Chiemelie Ezeobi brings excerpts:

How have you been policing Ogun State so far?

I have been policing Ogun State  just like any other place.  We have been trying to be pro-active and to carry the community along, trying to identify security challenges and doing the needful, committing ourselves to advocacy, where dialogue is required to solve issues by way of alternative dispute resolution and to ensure safety in the whole community at large.

What are the major challenges in policing the state?

I wouldn’t call them challenges but I will call them security issues. Here we found out that the young men are either taking drugs, and doing the wrong things,  getting involved in cultism and other criminal acts, sometimes cases of kidnap, robbery, mostly the bottom line is cultism and administration of illicit drugs. If we can curb drugs, then we can curb cult activities and most of the criminal actions must have been checkmated.

Going by your track record, how have you been able to check criminal acts in the state?

I don’t know what my track records are but giving the situation just like I said youths are involved in, before the election, there was political thuggery. After the election, we are looking at stabilising the polity. Here in Ogun State, honestly, the challenges we have is mostly cult related activities because it is there you will find unwanted killings, people being hanged and maltreatment.  The fact that there is freedom of movement and association, these young men you will never know when they will go and meet andthe next thing you will hear is a fight has broken out, somebody has been macheted. So, we will go out, identify these areas andthe culprits and make sure that the innocent ones does not suffer and once they are identified like that, especially with the introduction of Operation Puff Ader which the Inspector-General of Police, Adamu Mohammed  personally launched and is so passionate about, we are committed to it and we will continue to do the correct thing and make sure that the community sleeps with their two eyes closed.

How are you synergising with other security agencies in fighting crime in the state?

We have periodic meetings. As I talk to you now, I have a meeting with the director of state security where we are going to address the transporters and issues. The military also has joint activities which we do to build safety. As I talk to you, there is an operation we are planning because of lawlessness of some drivers andcommuters.  You will see vehicles with no registration numbers, link, identification marks for auto cycles andtricycles. So we are working towards ensuring that the state internal revenue service makes available licenses for both vehicles, motorcycles, andtricycles so that when the operation commences, there will be enough to go round and to serve the populace.  So there is a lot of synergy that we do including with non security agencies, whom we partner on the issues of community policing so that everybody in the community will be carried along.

On the issue of arms proliferation, what are your experiences and how far have you gone in the state?

The first aspect of this operation Puff Adder is to mop up what we call, left over arms’’ from those that were recovered during andafter the election. Like in this state, the governor that has been newly inaugurated has also spelt out directives on how to mop up by giving amnesty to those that have weapons to turn them in and after the amnesty period you know that it is no longer business as usual.  What we have done here is just like I said, this issue of cultist activities andattacks, arrests sometime go along with recovery.  We recover their arms, mostly locally -made weapons.  We get intelligence, we go in and conduct searches. That’s how we recover and mop up these weapons.  We are still on it and in the next few days, we will be 100 days in this office and we shall display our scorecards so that we can take feedback of our activities because we cannot judge ourselves.

Let’s talk about the issue of weapons surrendered by the former governor of the state.  Can we have the details?

I don’t really want to go into matters that affect the state but for clarity and for the sake of public consumption, I will say categorically that the state has the responsibility to assist security agencies in the provision of logistics to do their work which also includes; some of these prohibited weapons.   But, they have procedures. Procedures are followed if you want to acquire them and it is not a recovery. When the governor was preparing his handing over, he said he had some items to hand over to the police and this included;   Armoured Personal Carriers, Ballistic  jackets  for bullet proof, and Ballistic helmet, which were purchased for the state command.  These weapons, Ak47 were given in 2012 to the command to boost our crimefighting activity and when he was going, he said part of these things we bought at that time, some certain things are remaining so, come and take them over for use. That is just what we did and as soon as that happened, the headquarter was informed. We cannot collect items of such magnitude andkeep them to ourselves and I don’t know where the issues are coming out from.  The clarification is part of my responsibility.  If there is a misconception, it is my responsibility also to clear it. If there is misgiving in it, then we will be able to fight through them.

Do you suspect the handiwork of politicians in this scenario?

I wouldn’t say that, we are all political animals so, whoever plays politics can only be seen by those who act with him.  So, I don’t see any issue of politics here since it has to do more with security than politics. I consider the security aspect of it more than seeing it as politically motivated.

What can you tell Ogun people who felt alarmed over this ugly incident?

The very day these things were given, a journalist asked that question and I said the good people of Ogun have no cause for alarm and no cause to fear, no cause to think anything bizarre is happening.  We will always ensure that the right thing is done. Whoever that does the right thing, will have rest of mind but, definitely, if you have criminal intention and you want to perpetrate crime, then you will be doing it with second thoughts; what if am caught.  That is the situation.

Experience matters a lot, my main target is that explanation.  I was happy when it was dispelled. I think I read it online, somebody said this noise that you are making; that it is the state that used their money to buy weapon and when the governor is going, he will hand over to the commissioner of police but, when politics come into it, I felt it was not worth the noise.

But they said the former governor had a secret meeting with you before handing over the weapons?

Yes, somebody said that the former governor had a secret meeting with me and then he confessed to me.  It is not true. The ceremony was done in an open place.  I did not receive 1,000 AK47 rifles and four million ammunition from the former governor.  When the ammunition was physically counted, there were one million, four hundred thousand and some fractions andchecks into police records revealed that the said weapons were handed over to the force in 2012.  I didn’t hold any meetings with the governor.  What is the secret about giving what belongs to the state to the state?  He called and said he was going to hand over some equipment.  I didn’t do it in his office neither did he do it in his house.  It was an open air presentation; he did it in front of governor’s house.  I came out and went andcollected these things in trucks.  So, he couldn’t have been under the bed that he handed over a million rounds of ammunition to me with APC armour carrier in my house. Whoever said it was done in secret is just being mischievous. The wrong impression is what we have corrected.

How did police authorities receive this allegation?

I cannot determine the actions of my boss and my supervisor.  We have made presentations on what we did and how we went about dealing with it so, if there is anything, I am waiting to hear from my headquarters. 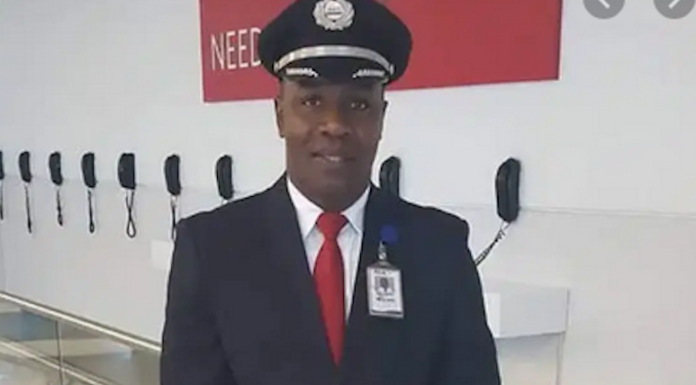