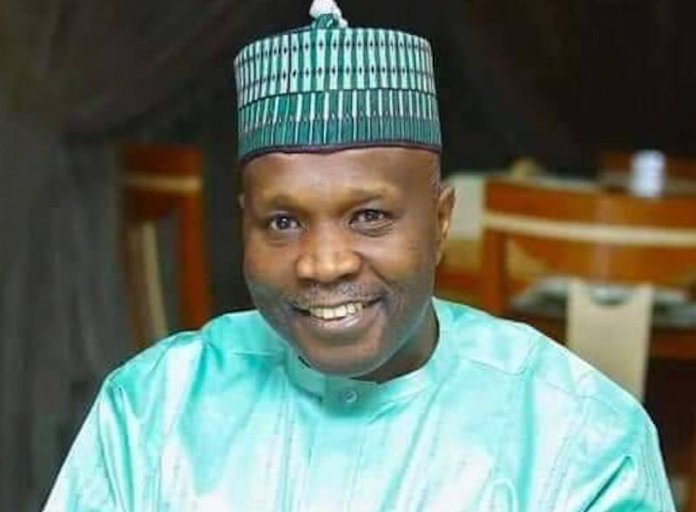 Like rivulets trickling down the cottage rack, hordes of supporters of former Governor Ibrahim Dankwambo in Gombe State kept flocking into the camp of the incumbent, Governor Inuwa Yahaya, in the build-up to the last general elections. Even now that victory has been achieved, they are still counting. Though Dankwambo is in opposition Peoples Democratic Party (PDP) and his successor in the ruling All Progressives Congress (APC), the deluge of PDP members trooping into the APC, upon deep reflections, tells a far more philosophical story than could be anticipated. The reality, as can be empirically inferred, is that, majority of the new entrants came not necessarily in the culture of political harlotry or in search of the sweet-smelling morsel of political office.

Rather, they were forced out of the PDP because of the attitude of their principal, who, as they will afterwards recall, was in the habit of looking down on those who genuinely love and serve him. These are people who toiled day and night to ensure that he succeeded while in office but were repaid with utter denigration and in the long run, became no more than unappreciated slaves.

These people will also recall that their boss, whom they have aptly classified as the lord of the manor, spent his days in office empowering his cronies and a few persons who could kowtow leaving his close and dedicated supporters to suffer. The jaded public looked on in awe as lazy lots in the corridors of power kept amassing wealth while the stultifying, hardworking public servants and other professionals recoiled in grinding poverty. The new APC entrants also relate stories of how their former boss, upon knowing that you sincerely love him, would turn you to his personal slave, leaving you impoverished at the end of the day. It’s a verifiable fact. This, no doubt, was one of the major undoing of the man who bestrode Gombe State like a colossus, for eight years.

When Governor Inuwa Yahaya took over on May 29, this year, many had expected him to first descend on his immediate predecessor and commence instant probe of his era. But Inuwa, a man of focus and integrity, would rather put such a confrontational start aside and look at what he could do to improve the well-being of the people he had been elected to serve. He would not want to be distracted, as there are many wonky social infrastructure and almost bare public amenities to fix.

Still to the jerky era of the former governor, the APC new-comers demur that religiously, we are taught to value and honour human beings but that this was not in the lexicon of their ex-boss, describing him as the most selfish and haughty human being they ever came across. To solve a one million naira problem in the life of a dedicated public official and loyal supporters during his era, was an impossible task. This has thus brought to the fore, the fact that the problems state executive council and confiscation of their vehicles are facing as per their entitlements solely emanated from the selfish disposition of the ‘Oga at the top’.

Before Governor Danjuma Goje handed over power to Dankwambo in 2011, he made sure that he paid severance allowance to all his council members and other political office holders, thus helping to secure their future in political superannuation. Goje was far elevated in human compassion and responsiveness than ‘our man’ whose family members are said to be complaining bitterly, stressing that their son’s eight years did not reflect in their standard of living, in any way.

Dankwambo, the immediate past governor, was at a time the Accountant General of the federation and he affirmed, upon taking over power eight years ago, that his mission was to better the lot of the masses and boost their purses through worthwhile investment. But eight years down the road, this vow has only been fulfilled in the breach.

No wonder, those who are leaving the PDP for the APC in droves described that era as the days of the locust. They claim that their ex-master had the predilection to look down on people, as if they did not count. The renowned victims in the master’s serfdom, they say, were the loyal and dedicated supporters…A scenario best understood in Hausa language as ‘walakanchi’ (maltreatment).

However, Governor Inuwa has come on board, plying the highway of diligence, integrity and humility, and not the low road of haughtiness, prodigality and social drift. He has come to raise the bar and the Gombe masses are applauding, impressed that they have made the right choice.

Assuredly, there is no basis to compare Governor Inuwa Yahaya with his predecessor. Here is a governor who is clean, refined, urbane and a workaholic, and who comes from a well respected family in the state.

Inuwa is committed to due process and in his era, all contracts must pass the litmus test of the tender’s board and be won on the basis of merit.

The new governor will settle down to work for the people and won’t be junketing around, so the people won’t say, “where is our governor?”

Such had been the habit of the man of the past, who would leave his duties and go stay in Lagos. Lamentably, they even said members of his family would not set eyes on him for five, six months.

But now, a new era has arrived for Gombe State. At least, within two months of taking over, Alhaji Inuwa Yahaya has stabilised water and electricity supplies in the state, and there is sanity and a clear direction from the studious governor. Everything is back to normalcy; no envy, no rivalry among government officials, and all are working for the people, as one happy family.

* Alhassan, an engineer, writes from Gombe.