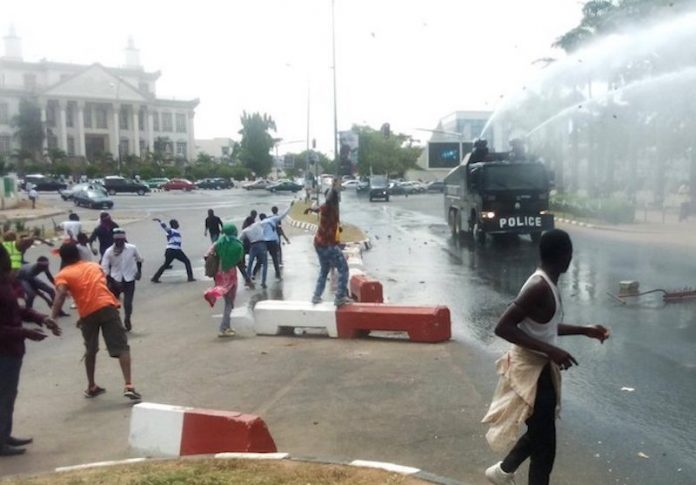 The police Thursday arrested no fewer than 60 members of the Islamic Movement in Nigeria (IMN) during another round of protest by them over the continued detention of their leader, Ibrahim El-Zakzaky, since 2015.

The Federal Capital Territory (FCT) Police Command said 38 members of the group, who had participated in a similar protest at the National Assembly, which degenerated into a clash between the Shiites and policemen, were also arraigned yesterday while two persons were released.

A policeman was feared dead and eight others injured in the Tuesday clash between the Shiites and policemen during the protest at the National Assembly. Forty Shiites were also arrested in connection with the incident.

FCT Police Public Relations Officer, Anjuguri Manza, said 60 members of the Shiite movement were arrested and would be charged to court after investigation.

He said 38 out of the 40 arrested following Tuesday’s invasion of the National Assembly were arraigned in court while two were freed.

Members of the group, who began their protest on Tuesday, poured into the Central Area of the FCT at about 8:30a.m., from where they planned to march on the Eagle Square to continue the protest.

But the police stormed the venue of the planned meeting and fired canisters of teargas at them, in a bid to forcibly disperse the protesters.

Some of the IMN members were injured in the process while some fainted.

Sporadic gunshots and fumes of the teargas also forced different groups participating in the African Anti-corruption Day walk, organised by the Economic and Financial Crimes Commission (EFCC), to scamper to safety.

The protest snarled traffic along the Federal Secretariat, Central Mosque and Shehu Yar’Adua Centre.
The disturbance generated by the group worried FCT residents, who queried why government was still keeping El-Zakzaky in detention.

“Government should release this man. Innocent people are now victims of this whole thing. The people whose vehicles were smashed and vandalised at the National Assembly, were they part of the problem?

“Look at what is going on here. Freedom of movement is no longer guaranteed here because these people are fighting with police every day and innocent people will continue to be at the receiving end,” a civil servant, John Okpa, said. 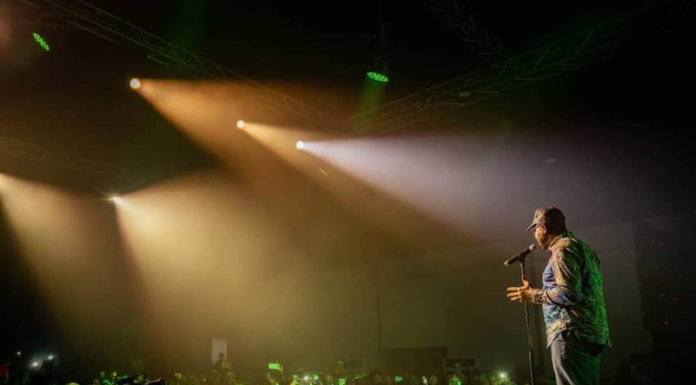