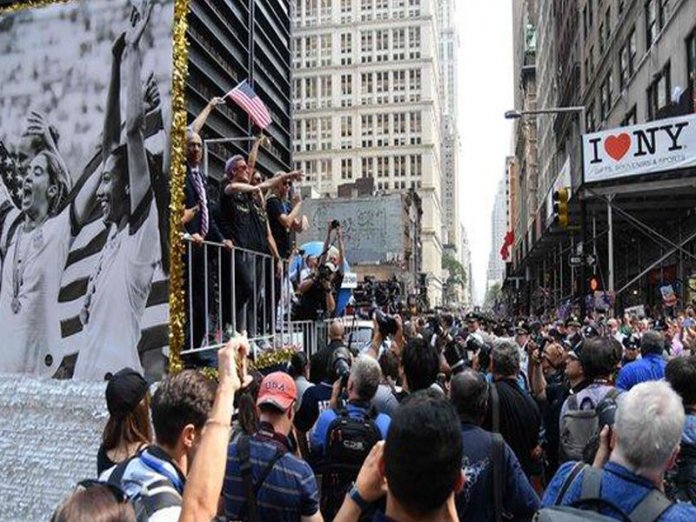 Tens of thousands of fans lined the streets of New York on Wednesday to greet the the United States’ Women’s World Cup-winning team.

The USA beat the Netherlands 2-0 in Sunday’s final in France to win the competition for a fourth time and retain the title they won in 2015.

Floats and an open-top bus took the players, who wore black T-shirts emblazoned with ‘World Champions’ in gold letters, through the streets of Lower Manhattan to a ceremony at City Hall.