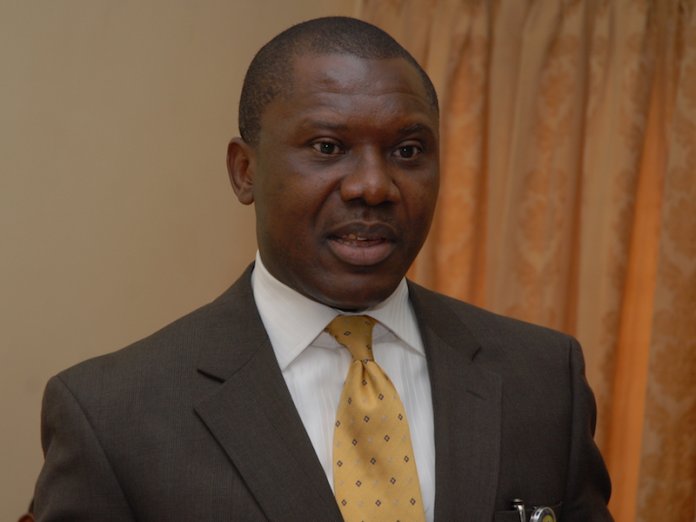 Following the arrest of the General Manger, Corporate Services of the Petroleum Equalisation Fund (PEF), Mr. Goddy Nnadi, by the Special Presidential Investigation Panel (SPIP) for the recovery of public property over allegation of corrupt enrichment, living beyond his legitimate earnings and abuse of office, the Human and Environmental Development Agenda (HEDA), an anti-corruption non-governmental organisation, has urged the federal government to immediately prosecute the accused and all those involved in the PEF saga.

Addressing journalists at a press conference in Lagos yesterday, the Chairman of HEDA, Mr. Olanrewaju Suraju, said the arrest of Nnadi was just a tip of the iceberg in the gory tales of corruption at the PEF, saying the presidential panel’s investigation had revealed more than three accounts in Standard Chartered Bank Limited where Nnadi has nearly N2 billion, which he noted was beyond his legitimate means.

He also said that the accused had huge amounts in several foreign currencies in the said bank, adding that “it was appalling to discover that he owns a multimillion hotel complex in Owerri, Imo State in addition to vast estates in Abuja, the Federal Capital Territory and in other cities. Put together, these amount to billions of naira misappropriated from public fund.”

Suraju added that the panel had also “discovered 49 companies which have been steadily transferring monies into the accounts of the general manager. These are corporate collaborators. The panel is currently investigating the entire team of the PEF. We are convinced that this investigation will no doubt lead to a can of worms.

“We call for the immediate prosecution of these officials who have put their fingers in huge funds belonging to the public. This organisation is therefore using the opportunity of this press conference to demand the conclusive investigation of this case involving PEF senior officials; complete recovery of all money and assets associated with corrupt enrichment of staff beyond their legitimate earnings; and prosecution of all
those indicted by the Special Panel.’

The HEDA boss, however, assured that the organisation shall continue to monitor developments through media reports and intelligence gathering, warning that “any attempt by the government or its official to influence, frustrate or terminate investigation will be further exposed and ultimately resisted by the people”.

He also flayed the government of President Muhammadu Buhari for betraying the trust of Nigerians in the fight against corruption, citing the withdrawal of the corruption charges against Senator Damjma Goje as a case in point.

“The government of President Buhari has betrayed the trust of Nigerians in the government’s capacity to confront corruption without political consideration, as exemplified in the recent compromise and ultimate withdrawal of corruption charges against Senator Danjuma Goje,” he said.

Suraju who painted a picture of horrible effect of corruption in the life of a nation including Nigeria, noted that there was need to remind Nigerians the negative consequences of stealing public funds by people entrusted with administration of affairs.

According to him, “Corruption fuels poverty, it nurtures violence, breeds extremism and in fact aids premature deaths. A country ravaged by corruption can never attain the development goals set by global standards; a country troubled by corruption faces the prospect of misery and even war. This is the reason why the fight against corruption is not a government franchise, but the responsibility and obligation of all Nigerians.

“This philosophy is behind the ceaseless campaign of HEDA locally and abroad. We are determined, with a will cast in iron to continue to lead the campaign and provide hope for many disillusioned Nigerians who fear that the battle against corruption may never be won.

“For HEDA, we are impressed by the gains of the past few years and with the continuous support of Nigerians, especially the media, we are confident that corruption will be brought down from her giant posture. Corruption is a scourge Nigerians have been fighting since independence. This is a menace that keeps Nigeria in the red light district of global affairs. We are not relenting. We shall not give up. We will kill corruption before it kills all of us”.