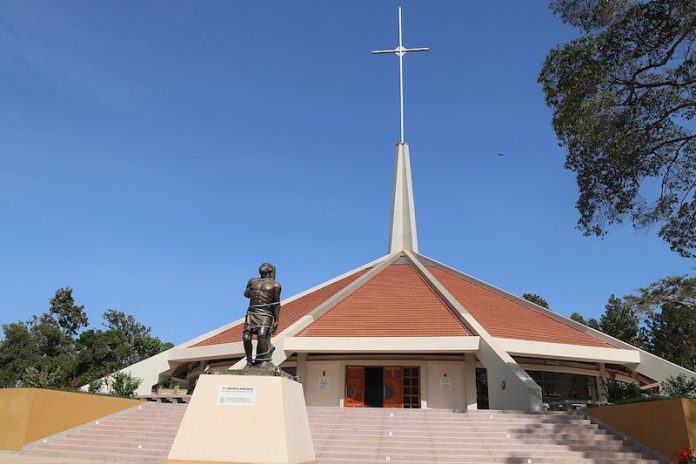 The church should rise and confront the prevailing corruption and injustice in the system, writes Zikeyi John

Christianity in Nigeria, on the evidence of filled church pews and mega-crusades, each heaving with millions of worshippers at any given time, appear to be in rude health. The perception of the faith being in robust health finds expression in statements such as “the Devil is a liar”, “the gates of Hell shall not prevail” and “the Kingdom of Christ is marching on”. That church leaders in Nigeria have grown in influence, often provoking the type of adulation reserved for pop stars, is taken as confirmation of the belief that, indeed, “the Kingdom of Christ is marching on”.

But looked at very closely, Christianity in Nigeria is everything but in rude health. It is actually ailing and may find itself in the intensive care unit sooner than later. The signs of ill-health are bold, but are confused, sometimes wilfully, with something else.

There is a need to make a clarification. This writer has no intention to scare. What this piece seeks to do is show that the trumpeted robust health of Christianity in the country is actually a prelude to the erosion of its status and influence, a development that will be marked by huge reduction in the country’s Christian population and by extension a sharp dip in Christian influence on socio-political affairs.

There is a temptation to view this as alarmist. After all, the pews are still filled for services; crusades continue to draw more worshippers and church coffers brimming with seed and tithes. Church leaders have also become some of the country’s most influential celebrities.

Take a step back and you may begin to see that the bullish claim that “the Kingdom of Christ is marching on” is made by rote and certainly not founded on proper analysis or introspection.

First, as a religion, Christianity is endangered and looks more likely to lose its influence as time goes on. According to a recent report by the Pew Research Centre, the US fact tank, 9.5 per cent of the world’s Muslim population by 2060 will be Nigerians. Four years ago, according to the fact tank, Nigeria was home to 5.1 per cent of the global Muslim population. It is, therefore, projected that the Muslim population in Nigeria would have leapt from a little over 90million (50 per cent) in 2015 to 283.1million (60.5 per cent) by 2060. The number of Christians in the country, 86.6million as at 2015 (48.1 per cent of local population), is expected to rise to 174.2million (37.2 per cent of local population) by 2060. As at 2015, Nigeria had 3.8 per cent of the global Christian population. This figure, according to the US fact tank, will climb to 5.7 per cent by 2060. In any language, this spells a reduction in the local Christian population from 48.1 per cent to 37.2 per cent and a steady march of Islam around the world, including in Nigeria. By that projection, there would be 108millon more Muslims than Christians in 2060 with dire consequences for Christians in the political space.

Islam has remained the world’s fastest growing religion and is expected to continue growing in the number of adherents and, naturally, in influence. Its encouragement of polygamy puts it at an advantage, locally and globally, at having far more adherents in the near future. Between 2010 and 2015, it was estimated that 31 per cent of babies born all over the world were of Muslim parentage. The projection is that by 2035, children born to Muslim parents will comfortably outnumber those born to Christians worldwide.

The projected reduction in local Christian population portends, as earlier stated, the diminution in the influence of Christianity in the country’s socio-political sphere. With religion a huge determinant in national politics, Islam will be at massive advantage. It is currently enjoying that and stands to continue doing so by the time the next elections come around. In view of this, the idea that a Christian president is a possibility by 2023, when Nigerians vote next, is a little more than implausible. This is especially so on the platform of the ruling All Progressives Congress (APC) which, from all indications, appears to be religiously insensitive.

I project that by 2023, Islam in Nigeria would have disappeared into the horizon that Christianity would require a pair of binoculars to catch a glimpse of it. That projection is based on what I think leaders of the Christian faith in the country place the accent on: Lush life-on the sweat of millions of Christians they claim to lead. The country’s Pentecostal landscape, which currently stands as the face of Christianity, is teeming with preachers, who seem to think that ownership of private jets, gleaming cathedrals, establishment of educational institutions their members cannot afford and, most sadly, using their privileged position to obtain patronage from the same people oppressing Christians are the equivalent of providing leadership. The hollow prosperity theology, which teaches that financial well-being of adherents is directly linked to seed sowing and tithing, is bereft of Christianity’s transcendental goal, which teaches believers that there is more to life than the satisfaction of immediate material needs of hunger and poverty.

Rather than this noble goal, it has commodified Christ and showing its exponents in the same light as the grasping political elite. The commodification of Christianity has had the eminently unfortunate effect of sowing disunity among Christians, who are supposed to speak with one voice against the dangers to their spiritual and material well-being. The Pentecostal explosion has seen those who lost their jobs or excommunicated from other churches announce themselves as “General Overseers” and begin a scramble for relevance. This category, desperate to thrive, targets members of the mainline churches by calumniating their doctrines. And when they begin to thrive, the newly-minted General Overseers fish for members in older evangelical ministries, leaving a long trail of bad blood.

Less important, if at all, to the leaders of the faith in Nigeria is the need to address societal problems through adequate mobilization of Christians to demand social justice. A view, which I agree with, is that the church has aligned itself with the oppressors of the masses. Politicians, sadly including people of other religious persuasions, are routinely permitted to use Christian gatherings for speaking and photo opportunities in pursuit of their political agenda, while private sector criminals, such as bankers, are given front-row seats in Christian gatherings. These steps of the church make it less credible as a moral voice in achieving the desired socio-political and economic liberation in Nigeria.

There is no need sugar-coating Christianity’s outlook in Nigeria. Despite the long and loud claim that “the Kingdom of Christ is marching on”, the faith is in a bad place. For Christianity to regain its fast-dissipating influence, its leaders need to act and very fast, too. First, there must be robust and consistent prophetic denunciation of the oppressive mechanism. The prophetic stance of the church obligates her to confront and challenge the systems of corruption and injustice, which exploit and deprive Christians by criticizing and judging them by Christian standards.

In addition, the church needs to understand the context in which it operates in Nigeria and to encourage its members to participate actively and fully in the political process, being not ashamed to use their faith as bargaining chips for 2023.

Very importantly, the conversion of the ordinary man must run along with the aforesaid. The church’s mission in Nigeria goes beyond commitment to philanthropic activism, protesting against social injustice and mobilizing people for active participation in social transformation. While the church seeks socio-political and economic liberation, it must be relentless in seeking the spiritual liberation of the people. Conversion will fight depletion in Christian ranks as well as ensure that social change bears lasting fruits.