The Peoples Democratic Party (PDP) yesterday berated President Muhammadu Buhari for abandoning Nigerians to their fate and being more interested in appointing aides to serve his immediate personal comfort and necessities.

The party described as highly unfortunate that at a time millions of Nigerians are suffering untold hardship due to lack of attention to critical sectors of the  economy and national life, President Buhari is only concerned about his personal needs instead of appointing members of the Federal Executive Council (FEC).

The PDP said in a statement by its National Publicity Secretary,  Mr. Kola Ologbondiyan, that  such unpatriotic and self-centered acts, which is a direct slap on the sensitivity of the citizens, are only associated with leaders who do not have the mandate of the people but found themselves in office as beneficiaries of manipulated elections. “That is why at the time Nigerians expect urgent interventions on critical issues of national insecurity and uncertainties; kidnapping and bloodletting; high costs of food and essential services; lack of affordable healthcare, decayed infrastructure and excruciating poverty in the land, President Buhari and his handlers are more interested in appointing house keepers and managers of social events that has only to do with him.

“The PDP invites Nigerians to note that this development and the general lethargy in governance is a weighty effect of the validity challenge that confronts governance in our nation today, following the rigging of the 2019 Presidential election.

“Moreover, such unseriousness further amplifies the insensitivity and incompetence of the Buhari Presidency as well as signposts the deplorable situation that might further befall the nation under the All Progressives Congress (APC)”.

The PDP however urged  “Ni 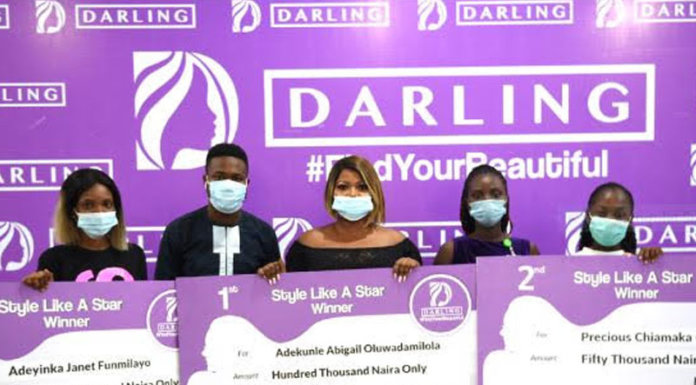 Darling Nigeria Rewards Creativity for its “Style Like a Star” Campaign