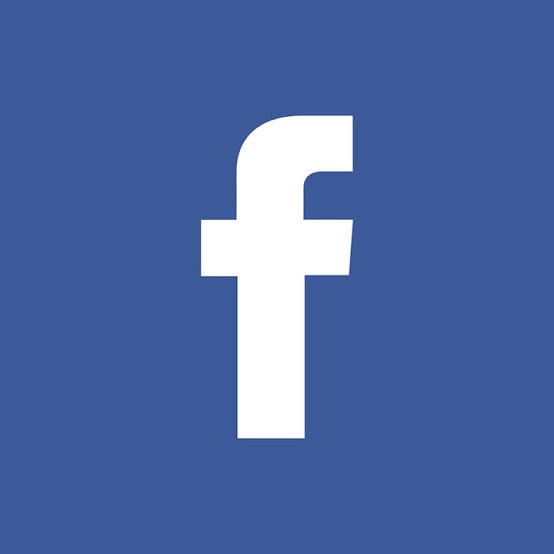 David-Chyddy Eleke in this piece takes a look at the steady use of social media platforms, especially Facebook to either defraud or lure unsuspecting people to places where they are either robbed or kidnapped

In an eatery where this reporter sat behind his laptop and struggled hard to type some news materials to meet the company’s deadline recently, a young lady and her friend, an equally young man posed serious distraction to this reporter. “Some men of God are very powerful,” she told her friend. “I recently became friends with Rev Fr Mbaka on Facebook, and by merely looking at my profile picture, he has been able to prophesy to me”, she said.

She narrated further that the clergy was able to prophesy to her about the disappointments she has been having getting married and has also offered to pray and fast for her. At this point, this reporter became attentive and eavesdropped on their conversation.

Same week, this reporter had also received a friend request on Facebook from Rev Fr Emmanuel Obimma, a powerful Catholic priest in Anambra who is better known as Ebube Muonso  and had also been prophesied to. In the same vein, another Facebook account with the name; Rev Fr Ejike Mbaka which is on the friend list of this reporter also prophesied prosperity to this reporter  and later referred him to another priest, Rev Fr Chukwuebuka Amos .O and asked to sow seed for the renovation of Our Lady of Fatima Orphanage, Jos, Plateau State which was destroyed by insurgents sometime in the past.

Thus THISDAY launched an independent investigation into the identity of the person behind the Facebook account as it was obvious that the account was a fake one. Our correspondent contacted the supposed priest, known as Rev Fr Amos Chukwuebuka on the number provided by the fake Mbaka Facebook account on 08160385740, and was told by the supposed priest that Fr Mbaka has told him of me, and that I should go ahead and sow a seed for the renovation of Our Lady of Fatima Orphanage.

‘Fr Amos’ who said he was presently in Enugu to see some top men of God over a crusade he is planning, when reminded that the fake Mbaka account had said he was supposed to be in Jos, adjusted his statement and said he would be in Jos the next morning.

He refused a plea by our reporter to drive to Enugu from Awka to see him and sow the seed offering into his hands personally, rather, he insisted that the money be paid into his account. He urged this reporter to pay into an Access Bank account number which he sent; Name: Chukwuebuka Amos O. Account Number: 0056701311. He urged our correspondent to alert him after paying the money into his account, and to also send in the names of his family members for prayers.

The next day, THISDAY reporter called again and told him that he was in the bank to pay in N10,000 as seed offering, and that he should provide the orphanage’s account details instead of his personal details, but he insisted that the former director of the orphanage who is the sole signatory to the account had died, and that for now the orphanage uses his personal account.

Our reporter got tough with him and asked why he is involved in such a nefarious business as duping unsuspecting persons in the name of God, and reminded him that he was bringing a curse upon himself for using the name of God unjustly, promptly, he put off the call. Attempts to get back to him was unsuccessful as he rather busied his call and also eventually put off his phone.

Numerous accounts now abound of how people dupe their supposed acquaintances using Facebook. In Anambra, in the last two months, police has paraded suspects who lured their Facebook friends to lonely locations and called in their criminal gang to rob them. On one occasion, the victim who came all the way from Imo State to see a Facebook friend who had all along posed as a lady, was not only robbed but kidnapped.

According to the State Police Public Relations Officer, SP Haruna Mohammed, a 28-year-old man, Arinze Okorie lured his Facebook friend, Chimezie Agbordike also 28 years to Ogidi in Anambra State, where he and his gang robbed him of cash and subsequently kidnapped him. The victim was said to have been lured from his community, Ogbunike in Oyi Local Government Area of Anambra State.

He said, “The man was abducted and taken to the bush at Ilongwodo Ogidi in Idemili North LGA of Anambra State. Following the report, Police operatives attached to Ogidi Division and “Operation Puff Adder” responded swiftly and rushed to the bush. On sighting the police the hoodlums opened fire and the teams responded thereby forcing the miscreants to jettison their mission and scampered for safety leaving behind the victim.”

Haruna confirmed that Arinze Okorie of Inyienu Ogidi was arrested and two machetes recovered from him, while his accomplices escaped. He stated further that preliminary investigation revealed that the suspect lured the victim from Ogbuinike to Ogidi through Facebook while he and his gang robbed him at gun point of his money to the tune of N5,000, phone and ATM card.  “The hoodlums withdrew another sum of N51,000 from his bank account while in captivity. The case is under investigation and effort is ongoing to apprehend other fleeing accomplices in order to bring them to justice.”

In another incident in the state, a 22 year-old girl simply identified as Sandra snatched a Toyota RAV4 2011 model SUV with Registration number Lagos KTU 311DV and other valuables from a man suspected to be her Facebook lover. The man(name withheld) who lives in Oganiru Estate complex, Awka, Anambra State was lured out by the girl while they were chatting each other, using Facebook messenger. THISDAY gathered that Sandra who operates with a gang of three armed men lured her victim to St Vincent Primary School, Ogidi, Idemili North Local Government Area.

It was a shock to the lover man as instead of the love both of them professed to each other, the 30 year old victim, who is said to be a businessman was pounced on by three armed men who dispossessed him of his vehicle, while the girl joined them to flee, leaving the ‘lover man’ victim stranded. SP Haruna told our correspondent that the vehicle was however recovered after police in the area mobilised and went after the robbers.

He said, “Following the incident, Police Patrol team attached to Ogidi Division in conjunction with vigilante group quickly mobilised to the scene and pursued the suspects who later abandoned the stolen vehicle and escaped into the bush. Case is under investigation and efforts are ongoing to apprehend fleeing suspects.”

During one of the incidences that happened two weeks ago, a 27-year old woman and her male accomplice were arrested by the police for allegedly robbing a Facebook friend of his valuables in Ogidi, Anambra State. The prime suspect, Ogochukwu Onourah, was said to have lured the victim, Emerole Ikechukwu from Imo State who is her friend on Facebook to Ogidi where he was robbed of the sum of N17,000, his ATM card and other valuables.

It was gathered that the suspect had sent a commercial motorcyclist who picked the victim on arrival to the bush where he was robbed at gunpoint. Confirming the arrest, the police spokesperson in Anambra State said, “On 3/5/2019 at about 2:15 pm, one Emerole Ikechukwu ‘m’ of Irete village Owerri reported at Ogidi Police Station that a female Facebook friend lured him from Imo State to Ogidi. Upon arrival at about 1:15pm, the supposed friend directed a bike man who picked and took him to the bush where he was robbed at gunpoint of his money cash sum of N7,000, his ATM card where another sum of N10,000 was withdrawn and other valuables.

“Following the report, police detectives attached to Ogidi Division traced and arrested one Abuchi Mba ‘m’ aged 23 years of Ikenga Ogidi and recovered the victim’s bag containing his clothes from him. Consequently, discreet investigation also led to the arrest of the lady, one Ogochukwu Onourah ‘f’ aged 27 years of Ilongodo, Ogidi in Idemili North LGA of Anambra State.”

In the case of the Facebook account holder who was impersonating Rev Fr Ejike Mbaka, our correspondent reached out to the Catechist of Adoration Ministry Enugu Nigeria, AMEN, owned by Rev Father Ejike Mbaka, but the said Mbaka whose account name simply read; Ejikeme Mbaka was said to be fake, and also known to have been used to defraud several persons.

The Catechist, a lady whose name was not immediately ascertained told our correspondent that the ministry has apprehended some of the people who were using the name of the priest to defraud unsuspecting people, while some others are still in the act. She begged our correspondent to tell anyone around him who has received such prophesy and request for sowing of seed to desist from doing so as the Facebook account was fake, and meant to impersonate the fiery man of God.

Addressing this thorny issue, SP Haruna during a chat with THISDAY warned Facebook users to always be careful when interacting with others. He confirmed that similar incidences of robbery involving the use of Facebook have been registered in the state, and that the command was doing much to ensure that those who use the social media sites to lure unsuspecting people into being robbed or even kidnapped were apprehended.