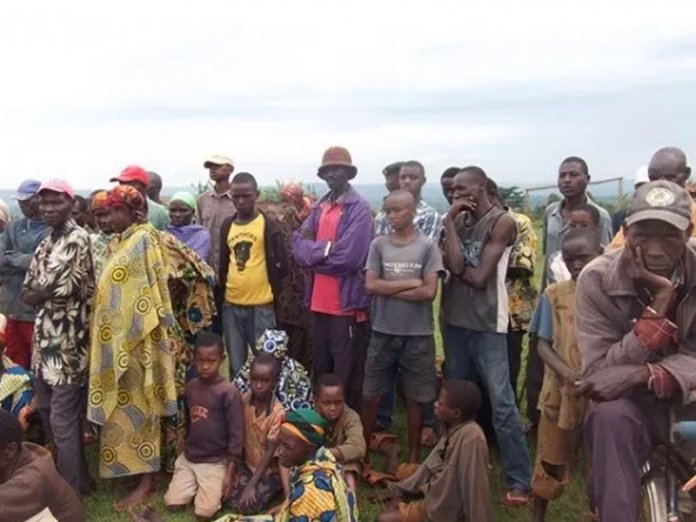 The Secretary General of ECOWAS Parliament, Mr John Azumah, has said that 40 per cent of the total 70 million refugees in the world are drawn from the 16 West African nations with Boko Haram insurgency displacing 1.2 million Nigerians alone.

Azumah, who spoke Monday at the launch of the West African Parliamentary Press Corps in Abuja, attributed the high rate of refugees in the West African sub region to insurgency-triggered humanitarian crises.

According to him, humanitarian situations in the region are products of bad and unimaginative governance.
Painting the gloomy picture of the region on humanitarian crises and poverty level in his key note address read by the Director of Parliamentary Affairs and Research of the ECOWAS Parliament, Mr Bertin Someon, Azumah said in Nigeria alone, 2.1 million people are displaced by Boko Haram insurgency.

He expressed regret that despite the efforts being made in West Africa, the region is plagued with multiple crises.
“For instance, Nigeria’s North-east, North-west and North-central are ravaged by Boko Haram terrorism and farmer-herder clashes, which has resulted in the killing of over 20,000 people and with about 2.1 million people displaced.

“This carnage has caused huge humanitarian crisis such that there appear to be a lethargy of addressing the crises with funds by the international agencies.

“In Mali, insurgency has run down the country and displaced many. These crises are replicated in many parts of the region.

The ECOWAS Parliament scribe blamed the sorry state of the region on bad governance which, according to him, had rendered many affected countries financially impotent to the point of depending on funds from donor agencies to implement their yearly budgets.

“The political crises that trigger these humanitarian situations in the region are products of bad and unimaginative governance, which has plunged a great number of our citizens into poverty and untold hardship.

“The poverty level is so high in the region such that many member states largely depend on donor agencies and international humanitarian agencies to fund their activities and programmes because their streams of revenues can no longer fund the national budgets,” he lamented.

As a way out of the bad situations, Azumah tasked the media and civil society organisations across the 16 countries in the region to hold their various governments accountable.

The vibrancy of the media, according to him, is evaluated based on the degree of consciousness of the citizens in challenging leaders to live up to their duties and obligations.

Also speaking, the President of the Senate, Dr Ahmad Lawan, who was represented by the Deputy Senate President, Senator Ovie Omo-Agege, assured the audience that the 9th National Assembly has put on ground feasible template for populist synergy with the executive arm of government towards addressing the problems of insecurity, unemployment and high poverty level among the populace.

“These we believe can be effectively tackled with required synergy with the executive arm of government and effective oversight duties by the parliament.

“The press as the fourth estimate of the realm and societal watchdog, is expected to focus more strongly on the imperative of legislative independence,” he said.