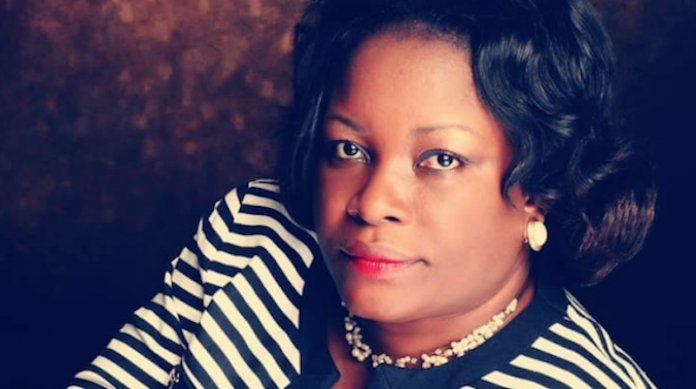 The Deputy Director General of the Chartered Insurance Institute of Nigeria (CIIN), Mrs Elizabeth Ndubuisi-Chukwu was strangulated to death in her hotel room at Emperor’s Palace, Johannesburg, South Africa, an autopsy report has said.

However, a review of the CCTV at the hotel showed that nobody entered Ndubisi’s room during the 46th African Insurance Organisation Conference and General Assembly (AIO) held between June 9 and 13 in South Africa.

Chairman and Chief Executive of Nigeria in Diaspora Commission, Hon. Abike Dabiri-Erewa disclosed on her twitter handle that Ndubisi was strangulated to death, citing autopsy report from South Africa’s Depart of Health.

Dabiri-Erewa said, “Our Consular General in South Africa alongside the brother of the deceased are on the sad incident. The CCTV showed no one entered the room.

“Autopsy showed that the death of Ndubisi was unnatural. However, checks on the CCTV by the South African Police showed that no one entered the room.”

Ndubisi’s colleagues, who interacted with her throughout the conference until her death in the night of June 13, claimed that she was hale and hearty until her death.

THISDAY could not reach the CIIN President, Mr Eddie Efekoha yesterday to find out steps the professional body was taking to bring those behind Ndubisi’s death to book.

Efekoha did not answer his calls; neither did he respond to SMS message sent to him by THISDAY.

However, credible sources disclosed that the CIIN had written to the South Africa High Commission and the police, though they were yet to get feedback from them.

Since the autopsy report was released, concerned Nigerians have been debating what culminated in Ndubisi’s death on different social media platforms, wondering could have been responsible for the evil deed.

Former Chairman of National Human Rights Commission (NHRC), Prof. Chidi Odinkalu lamented that 25 days after Ndubisi was killed by strangulation in her hotel room, South African Police did not ask for footage.

According to him, it that normal? From where did you get your information as to what CCTV showed?

Some of the comments THISDAY obtained on different platforms read in part: “The CCTV video footage could have been edited. That is what must be unraveled.

“It is unbelievable for a gentle woman like her to have had altercation with anybody that could lead to strangulation. But as they said, investigation is ongoing. I hope relevant bodies will pursue this matter to a logical conclusion.”

Another comment from her professional colleagues said the hotel “was quiet until questions started popping up in the social media. Then, they responded yesterday morning that the police did not show up for the CCTV footage.

“Not so long, the South Africa Police said they found nothing in the footage. All these happened g within hours.”

Ndubisi-Chukwu, a dedicated staff of the CIIN and a valued member of the institute, joined the institute on April 9, 2016.

During her time at the institute, she consistently championed the ideals of the Institute, promoting the insurance Industry agenda with her expertise and experience.

In particular, the CIIN Breakfast Seminar Series, a program that has become a feature in the insurance industry, is one of the legacies that she left behind.