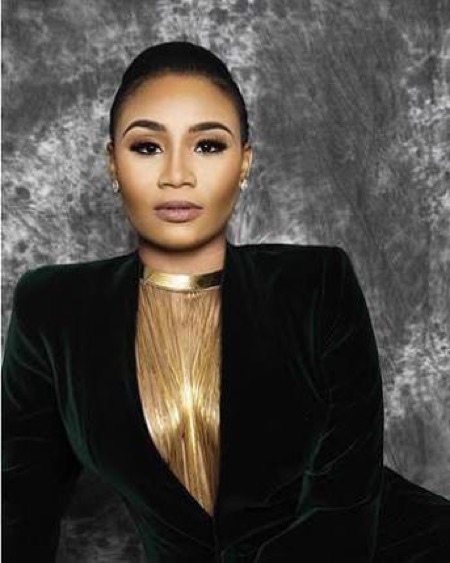 Perhaps it has finally dawned on fun-loving daughter of former Oyo State governor Abiodun Ajimobi, Abisola Kola-Daisi that her father is no longer the number one citizen of a state and able to cover for the excesses of her flamboyant lifestyle. Whatever the reason, the thrilling, titillating veteran of the fast lane hit the brakes on her social outings. Bisola, who used to be the main event at any social event she attended on account of her eye-popping outfits and penchant for spending money like it was so much disposable paper, is no longer the permanent fixture on the social scene she used to be.

It is now a case of quality over quantity for the popular fashion and lifestyle influencer. Just as she has toned down on her fast-paced lifestyle, she ensures that for any event she does grace these days, she leaves an impression that will stay with the rest of the attendees for a long, long time. She has upped her game and now treats any outing a stage to show she remains relevant and the woman to best in the fashion and style stakes.

When popular Niger Delta billionaires, Willie Anumudu and wife, Nkiru Anumudu’s son, Eyinna Anumudu got married to popular make-up artist, Joyce Jacob in an exclusive Four Season Hotel George V in Paris on Saturday, June 22, 2019, Bisola was there as well in a revealing body hugging outfit that perfectly captured her curves. How a mother of three who has been engaging in entrepreneurial activities even way before her father became prominent is able to maintain such curvaceous figures a mystery that still baffles many.

Kolapo Kola-Daisi has decided to lie a bit low. Some speculated that this might not be unconnected to her father’s completion of his tenure as governor and his failure to win the Oyo South senatorial seat against PDP boy Kola Balogun. They argued that being the daughter of an incumbent added that little bit more sheen to Bisola’s considerable shine.

The leopard, however, does not change its seen that easily. Governor’s daughter or no governor’s daughter, Bisola is someone to be reckoned with on the social scene and her wide connections across the country and internationally testify to this. She on talking terms with the likes of Kelly Rowland and is acquainted with US reality TV superstars the Kardashians. With a personality like hers, and a spending power that does not need her father’s deep pockets, Bisola is poised to return to the scene very soon.