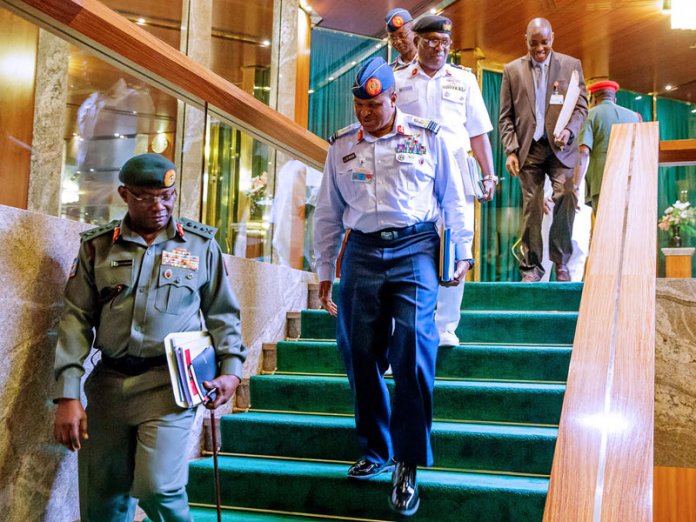 The heads of Nigeria’s security outfits met with President Muhammadu Buhari Thursday in the State House, promising to work much harder to tackle the endemic security challenges plaguing the country.

The service chiefs also resolved to decentralise the task of intelligence gathering in a way that such a responsibility is no longer the exclusive preserve of security agents but also the business of every citizen.

Speaking with journalists after the meeting, Chief of Air Staff, Sadique, who said the meeting dwelt on the security situation in the country, added that the forum arrived at a resolution to work harder and guarantee the security of Nigerians and simultaneously defend the country’s territorial integrity.

“The meeting is all about the security of Nigerians and Nigeria. And the message coming out of that meeting is that the Armed Forces of Nigeria and other security forces will continue to work much harder to ensure that every Nigerian is secured and the territorial integrity of Nigeria is not undermined by anybody,” Sadique said.

Asked if the service chiefs wouldn’t alter their security strategy in view of the protracted insecurity crises bedeviling the country, Sadique was quick to claim that the strategy had already been changed and the new one is effective.
He insisted that the current security strategy adopted by the security agents was working and hence, the question of changing it does not arise.

According to him, the security chiefs will henceforth co-opt Nigerians into the task of intelligence gathering and its subsequent dissemination to the custodians of security apparati in the country.

“I think the strategy has already been changed and from what we are seeing, the current strategy is working. What we are going to do is to ensure that all hands are on deck and every Nigerian equally has a role to play by passing relevant intelligence to us.
“So far, the strategy that we have on ground is really working and that is the one we will continue to pursue,” he submitted.

editor - February 27, 2021 3:56 am
7
PENDULUM BY DELE MOMODU Fellow Nigerians, please permit me to start today by giving a summary of how I see the current spate of... 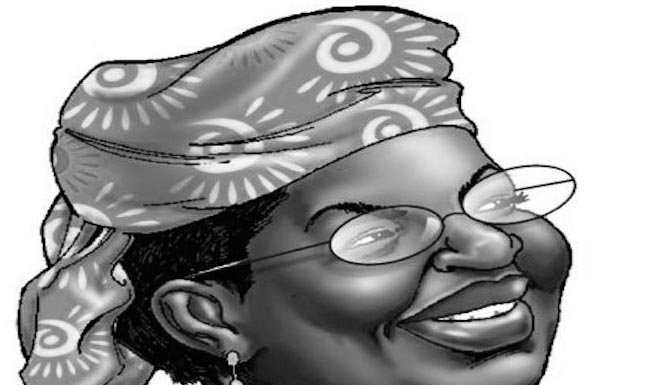