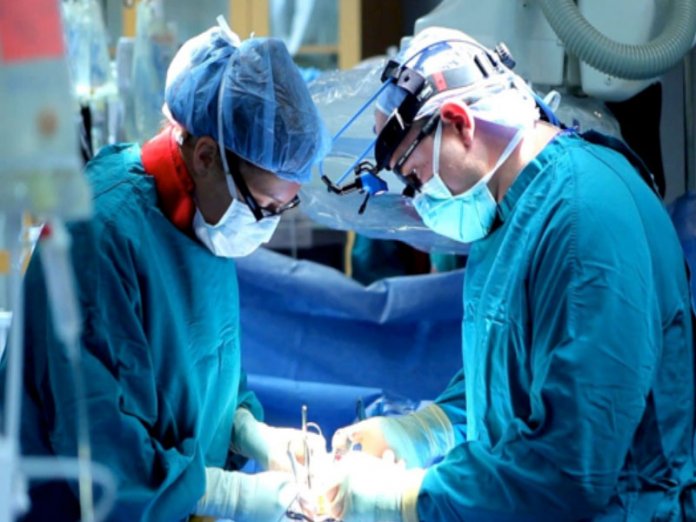 Sendi Joseph should still be wheelchair bound by now. The 26-year-old was paralysed from the waist down immediately after falling off a ladder whilst fixing a fitting on a very high ceiling in a building in Abuja.

‎Joseph is a hard-working young man. He was working till 2am to get a job done for a client in Abuja.

Perhaps, that was his saving grace. What would have happened if he had been working in the village? Definitely, the story would have been very different.

However, timely intervention by the Brain & Spine surgery consortium team, led by Neurosurgeon, Dr Biodun Ogungbo, a team of empathetic rehabilitative staff and a patient with dogged determination may have been his saving grace to avoid permanent disability and to regain his mobility.

Joseph’s story was told in an animated video which was released by the team recently. The 48 seconds video gave a brief outline of what occurred but did not show the emotional burden of a young man at the blossoming age of 26 with ambition bubbling within, thoughts of marriage and children at the fore front of his mind.

Joseph lost his footing and fell off the ladder. His whole ambition and life flashed across and all appeared shattered as he fell backward from the ladder landing on his bum. The wind was knocked out of him such that he could not breathe as he lay back on the floor.
‎He was unaware that he had been knocked unconscious; when he opened his eyes, he saw people surrounding him, calling his name repeatedly. They tried to lift him up which was when it hit him: he had no sensation and could not move from his waist down.

The date April 30 is forever etched in his mind. On that day, at 2am he could not walk, did not know when he had to pass urine or defecate, his mother’s face flashed before him. He could imagine her crying, he said. He was numb, thus he could not remember if he cried.

‎He narrated, “In our village, when it comes to spine or bone injuries, the first point of call is the traditional bone setter. Most hospitals are not equipped to deal with cases of severe spinal injury and paralysis.”

Indeed, many hospitals even in the towns and cities not only lack the facilities but finding a doctor to attend to you during the day is often a big issue. Death rates especially following trauma are disproportionally high in our hospitals, as is death from child birth and simple malaria.

Joseph was initially rushed to three different hospitals and rejected for one reason or the other. One hospital could not manage spinal injury, the other had no bed to admit him and a third was too expensive.

So, he was referred to BASS and had an emergency operation the very next day. He had broken his spine and suffered complete spinal cord injury. At the operation, the pressure on his spine was relieved and his bones were stabilised. There was no hope of recovery of his sensation or movement in the legs. Regardless, he was commenced on active and serious rehabilitation, physiotherapy and expert nursing care.

Remarkably, fortune smiled on him and he started noticing movement in his legs within a few weeks. From then on, his recovery happened in leaps and bounds and today, he has full function of his legs with full power (plays football) and normal sensation. He has gained full control of his bowel and bladder function and has normal erection.
‎No more worries about producing grand-children for his mother.

Joseph was lucky that Abuja has skilled neurosurgeons. He was lucky to have been directed to BASS where surgery was carried out at an affordable cost and he left the hospital within four days, walking without aid in six weeks.

Today, his scar is barely visible and he looks forward to everything any 26-year-old would. This story will touch and inspire you to believe in the Nigerian project.

The BASS in Abuja, started off as a special purpose vehicle to make spine surgery acceptable in Nigeria.

According to BASS Consultant Neurosurgeon, Dr Biodun Ogungbo, “We came into the picture in 2015 to promote spine surgery and help reverse medical tourism into Abuja. This is what we call Spine Fixed in Abuja. This was essentially to demonstrate quite clearly that spine surgery can be performed safely in Abuja and in Nigeria as a whole.

“We have achieved that purpose as spine surgery is now attractive and many more surgeons have joined in providing exemplary services to the Nigerian patient. We made spine surgery sexy! BASS is focussed on improving outcomes in brain and spine surgery through
collaborations with other hospitals and specialists. We regularly publish our outcomes, morbidity and mortality with emphasis on doing better through this simple audit of practice.”

‎The consultant neurosurgeon said many hospitals in Nigeria do not collect or report such outcomes data and BASS is hoping to blaze the trail.

Ogungbo added, “It is vitally important and the transparency will improve local confidence. This story is typical of the great and sometimes miraculous recoveries that can occur once care is provided in a timely and efficient manner.”