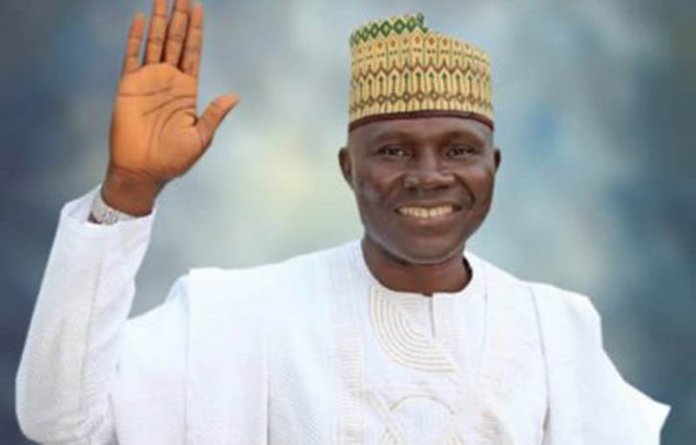 The race to the governorship election in Kogi State has commenced with Joseph Ameh being the first governorship aspirant to pay the non-refundable N21 million nomination and expression of interest forms.

Ameh who arrived the Peoples Democratic Party (PDP) headquarters in Abuja yesterday, was received by the National Organising Secretary of the part, Col. Austin Akobundu (rtd) who collected the N21 million bank draft and issued Ameh with the necessary nomination and expression of interest forms.

Fielding questions from journalists after collecting his forms, the governorship aspirant said that he would make the payment of salaries a priority if elected governor of the state on November 16 this year.

He also dismissed the All Progressives Congress (APC) in the state, saying, “there is no structure in Kogi State to make people happy. Yet Kogi State is endowed with natural resources. Kogi State is historic state; the first capital state in Nigeria. We have trees that are medicinal”.

On how he would generate revenue to boost the fortunes of the state, he said, “we have coal in Kogi State. We can generate power to supply to various parts of Nigeria. We have iron ore”.

“Salary is not what a governor should be praised for paying. It is compulsory. A man works for you; he must be paid. If a man should not be paid, he should not work for you. If governor himself should take salary, it means all should take their salaries as well because governor is not the only one that has mouth to eat.

“In Kogi State, we have a peculiar case where salaries are not paid; people are being oppressed; a lot have lost their lives; nothing is happening in the agro and health care, and education departments. Kogi State is known for negativities. Now, we are champions of negative things. After elections with me as the governor, we will not be champions of negative things,” he explained.