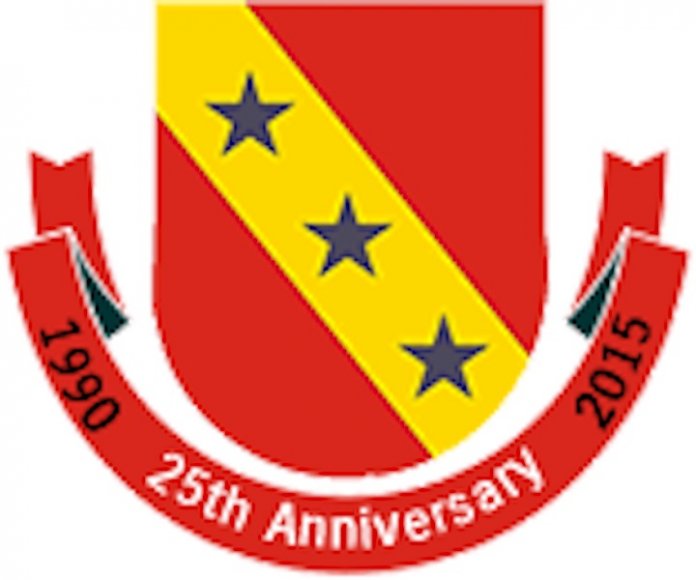 The Irawo University Centre, Ibadan, Oyo State, a hall of residence for male students and lecturers of the University of Ibadan, established in 1973 by the Educational Cooperation Society, recently marked 50 years of adding value and impacting the residents. Sunday Ehigiator reports

“Irawo means evergreen, ever supportive, by giving you the value and what is it takes for you to go through life’s thick and thin, and remain sane,” said the Head of Veterinary and Public Health, University of Ibadan (UI), Professor Idowu Cadmus as he described the impact of Irawo University Centre to THISDAY.

Irawo University Centre is a private hall of residence for male students and lecturers of UI, established in 1973 by the Educational Cooperation Society (ECS), a non-profit trust. At the time it was established, it started out in a rented apartment of a building along Bodija Road in Ibadan. In 1982, it moved to another rented premises, but this time a complex of three buildings. However, the dream of a permanent location finally came through in 1990, as Irawo now sits on a four acres plot of land, just 10 minutes’ walk from the university’s main entrance.

It is the first of its kind hall of resident to be officially associated with the the university and holds the record of helping to build morals of several students of the institution who had resided there at one point or another.
Cadmus said he first joined Irawo in 1987 as a fresh undergraduate and that he has now become a professor in the university, adding that he is still a part of the hall of residence.

“I still get values from it daily. It gives you support, teaches you morals and gives you hope in the sense that when you see the environment, you need no one to persuade or compel you to be responsible and as you are going through life, you must pass on something well meaningful to the coming generation.
“So that is the hope and the hope of the future because the younger occupants are the hope of the future and we need to pass on something good and worthwhile to them.”

The centre recently held its 50th anniversary lecture titled ‘The Role of Public Private Partnership in Improving the Quality of Education in Nigeria’, graced by alumni of the resident and other invited guests, including the Alake of Egbaland, Oba Adedotun Gbadebo, who chaired the occasion.
In his remarks, the Managing Director, ECS, Dr. Chudi Ihenacho said he owes most of his upbringing and character formation to the hall of residence.

According to him, “I have known and associated with Irawo University Centre for about 40 years of its 50 years of existence and as an alumnus who participated in the educational and moral formative activities at the centre, I can truly confirm to you that I owe most of my human and character upbringing to the centre.
“Today, we celebrate the 50th anniversary of the centre and I would not be off the mark if I say that for an institution which is meant to serve such common good as human capital development for ages on end, half a century is comparatively a commencement period.”

The Vice-Chancellor, Augustine University, Epe, Lagos, Professor Stephen Afolami, who was the guest speaker at the programme, said Public Private Partnership (PPP) in the country’s education system has been on since the colonial days because education started from the private sector.
“The missionaries came and began to train people so that they could read the bible and become literate. It was much later that the colonial government began to support education. Eventually, it got to the point when I was in primary school, government of the western region had partially taken some responsibilities off the schools by funding them.

“Due to the fact that they wanted it free, they had to support those who own the schools to have quality teachers. So they paid teachers, supported the maintainance of the building and purchased books while the private sector provided structures and owned their schools, but government knew that it was better to key into that than outright takeover.

“Eventually, government started having its own schools, but at the time of independence, you could count them on your fingers, and you would exhaust all 10 fingers after counting. But there were hundreds of primary and secondary schools owned by the Christian and Muslim missionaries. The clever thing government was doing was to provide grants to support the education of the populace. But it was when the oil boom happened, and the revenue generation became so much that government thought they can take over all the schools, change the tone, decide what the curriculum should look like, and galvanise the nation in such a manner that you are feeding the people with the same stuff.

“However as it has turned out, it was a very big mistake because within a very short time, government found that it could not support it all on its own and the new song became ‘government alone cannot not do it’. Who asked them to take over in the first instance? So with that, they hurt the people, they hurt the system, and I think it is one of the worst decisions the government has ever made.”
Afolami argued that government has not been able to provide space for its university students at all the levels, adding that this is one of the reasons they invite the private sector to support and help in bringing up the younger generation.

“Private universities are very expensive to run, it is like entering into a debt burden because you can never make money so soon from a university enterprise. In fact, it cannot be described as a profit making venture, but a sacrificial venture.”
He stressed the need for government to ensure that private universities are not excluded from the Tertiary Education Trust Fund (TETFund) grant because they pay tax and students can also have access to scholarships just like their counterparts in government-owned institutions.

The programme also featured the launch of two books titled ‘Irawo, an Anthology of Poems’ and ‘An Investment in People’, both credited to the resident. Speaking about the books, the Director, Irawo University Centre, Nwachukwu Egbunike said: “In 2016, we made a call for submission of poems for the Irawo Poetry Anthlogy, the themes for the call for submissions were poems reflecting justice, unity, strength, perseverance, progress, love and diversity. We received a total of 107 submissions from 54 Nigerian poets. The poems went through blind review process by three renowned Nigerian writers; Tade Ipadeloa, Mary Nwagwu and Kola Tubosun, and here we have it today.

“The second book, titled ‘An Investment in People’ is a visual curation of the memories of thousands of people who have passed through Irawo University Centre for the past 50 years. It is a testimony to the founding vision of some Nigerians who sow a seed knowing that they will not enjoy its shade. This book is an act of gratitude to all those who have supported this idea through these 50 years.”
In his remarks, Oba Adedotun Gbadebo expressed delight about the 50th anniversary celebration, saying that the centre was set up and dedicated towards the development of the minds of young people who have today become professors and great men in different fields.

“I am also a beneficiary of this residence, so I have come to rejoice with the Educational Cooperation Society. My first two sons were residents of this hostel when they were at the University of Ibadan and they have both grown to become great men today due to the kind of training they were given in this centre, and the rapport they have with their trainers and the grooming they were given here. It is very much evident in their attitude to life and disposition to challenges, hence I am grateful.”

The royal father said there is need for more money to be devoted to the educational upbringing of Nigerian children. “What we are doing now is just palliative. We have not faced the problem at all. Many classroom blocks are without roofs in primary schools. I cannot go to my former primary school now without shedding tears. Even though our schools at that time were missionary schools, the missionaries were dedicated to education. They were very devoted and had a passion to ensure that we were devoted. Now, nobody seems to care, so we have to go back to the drawing board and let those who can run schools be the ones to run the schools.”