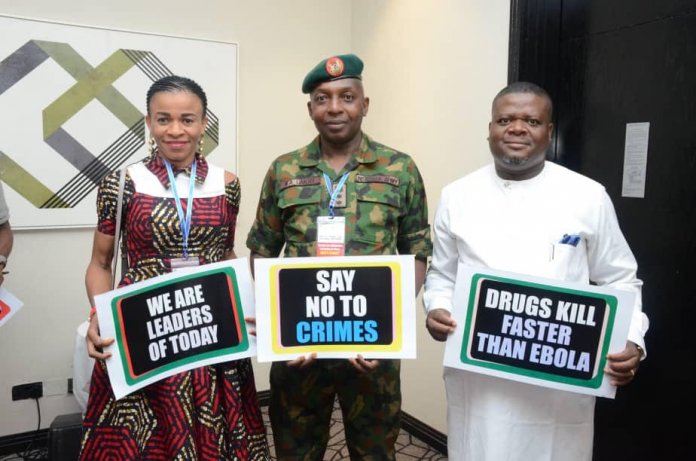 Chiemelie Ezeobi writes that for the fourth year running, crime reporters in Nigeria have taken up the gauntlet in championing the cause against drug abuse and human trafficking in persons

The International Day Against Drug Abuse and Illicit Trafficking is a United Nations campaign  against drug abuse and its illegal trade. It has been observed annually on June 26, since 1989. The observance was instituted by General AssemblyResolution 42/112 of December  7, 1987.

In commemoration of this, the Crime Reporters Association of Nigeria (CRAN) has for the fourth year running held series of seminars to take a stand against the menace. To mark this year’s drug day, they took stakeholders and guests to Radisson Blu, GRA, Ikeja, Lagos to reiterate on the menace breeding crime in the society.