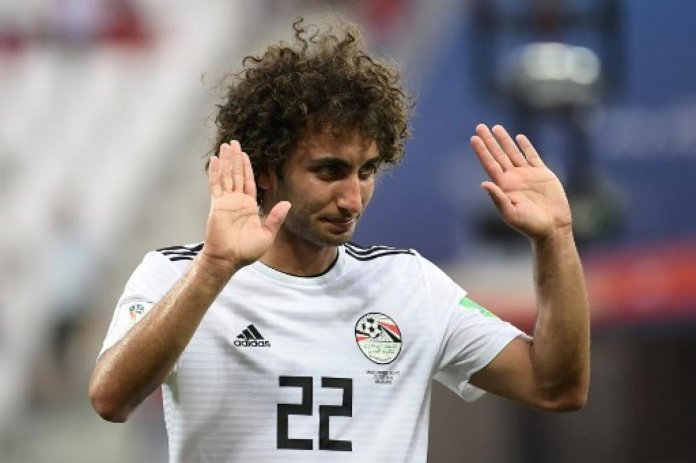 Hosts Egypt have recalled Amr Warda to their Africa Cup of Nations squad two days after they sent the midfielder home for disciplinary reasons.

The 25-year-old, who plays for Greek club PAOK, was suspended after social media conversations between him and a number of women were released.

Warda missed Egypt’s group win over DR Congo but his ban has been reduced and now runs to the end of the group stage.

Mohamed Salah’s goal helps hosts Egypt beat DR Congo and move into the last 16 of the Africa Cup of Nations.

He has apologised to family, friends and team-mates in a video on Twitter.

Hours earlier, team-mate Mohamed Salah tweeted: “We need to believe in second chances… we need to guide and educate. Shunning is not the answer.”

“We need to believe in second chances… we need to guide and educate. Shunning is not the answer.”

An EFA statement read: “Hani Abu Reda praised the spirit of solidarity between the players, their desire to pardon their colleague Amr Warda and to lift the suspension from him, and their commitment to any decision issued by the football association in this regard.

The Egyptian Football Association is the governing body of football in Egypt. It was founded on 3 December 1921,…

“He decided to reduce the penalty of suspension until the end of the first round of the tournament only.”

Wednesday’s win means that tournament favourites Egypt are already through to the last 16, when Warda will be available again, having missed the final group game against Uganda on Sunday.

He appeared as a substitute in the hosts’ opening game, a 1-0 win over Guinea last Friday.

Nigeria become the first team to qualify for the last 16 of the Africa Cup of Nations as they beat Guinea 1-0.

The decision to effectively overturn Amr Warda’s suspension has caused a split among sections of Egyptian society and also put a rare dent in Mohamed Salah’s iconic status.

Having often stood up for women’s rights previously, Salah’s call for Amr Warda – who has had several sexual harassment claims against him in the past – to be given a second chance has not impressed many.

Many Egyptian women believe that sexual harassment is largely condoned in local society, and the decision to allow the player back has only strengthened these beliefs, given the message it has sent out.

Some have called for women to boycott Egypt matches, while one male Egyptian fan has spoken online of people now willing the team to fail – a dramatic twist as the Pharaohs seek to win the tournament for a record-extending eighth time.