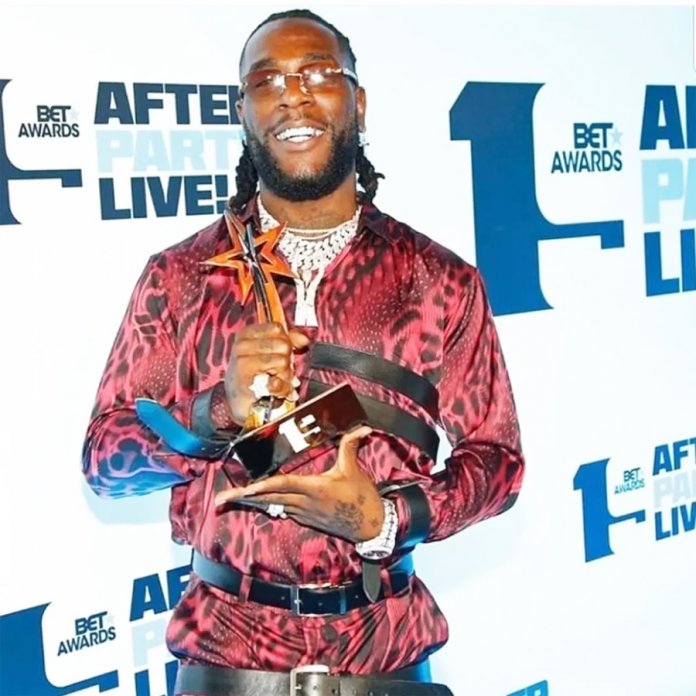 The BET Awards for Best International Act is given to honour the outstanding achievements of international artistes every year. Burna Boy joins Wizkid, 2baba, D’banj, Iceprince and the 2018 title holder, Davido, as winners of the award from Nigeria. The Best International Act nomination at this year’s BET Awards witnessed seven talented performers in the race that recognised their hard work and influence on people through the past year.

Alongside his Nigerian counterparts, Mr. Eazi and Teni Makanaki, the ‘Ye’ crooner was nominated with Aya Nakamura and Dosseh from France, Dave and Giggs from the UK, and AKA from South Africa. Burna Boy was announced the winner. In a twist, it rubbed off on his mum and manager, Bose Ogulu, as she received the award for his son who had briefly stepped out of the event with his girlfriend, Stefflon Don.

Her pro Blacks for Africans acceptance speech resonated amongst the audience. Bose Ogulu said, “Thank you BET, Thank you, Africa, because that’s the constituency for which we got noticed in the first place. The message from Burna, I believe will be that every black person should please remember that you were Africans before you became anything else.” The award comes after the release of his latest single, ‘Anybody’ which looks set to be his third straight hit of 2019.

The ‘On the Low’ singer began the musical year with hefty, fan-favourite tunes including ‘Dangote’ and ‘Killin Dem’ featuring Zlatan. This follows his quick rise to stardom in 2018 which made him one of the top five stars of the year. The past year and a half were extremely productive for the music talent and he managed to become one of the big names not only for his native country’s music industry but also internationally.

At the beginning of 2018, he released his third studio album, titled “Outside” which was enjoyed by lovers of Afrobeat, reggae, and dancehall music. The entire year, Burna Boy promoted his album, and he succeeded in gaining thousands of new fans. For instance, ‘Ye’ the biggest hit of the record, was acknowledged by many Nigerian publications as the greatest song of 2018 in Nigerian.

As for the artiste, he got widely recognised at the most important artiste of the year in Nigeria. This was only the start of the Star brand ambassador’s mind-blowing career. He sold out the concert at London 02 Academy Brixton and became the New Afro Hub Takeover Artist on Spotify, as well as Artiste on the Rise on YouTube. Together with his competitor on BET Awards, Mr. Eazi he performed at the Coachella festival.

He became one of the most awarded artistes at the Soundcity MVP Awards Festival with four different awards. Inspired by his success, the singer released a collaborative EP album consisting of four tracks together with DJDS. The title of his EP was “Steel & Copper”.  These collaborations has aided Burna’s upward trajectory into different markets and demographics. Due to his versatility, he became possibly Nigeria’s most attractive collaboration option for foreign acts who craved a genuine presence on their songs.

He wrapped it up with a feature on ‘Location,’ a track off Psychodrama, British rapper, Dave album. Undoubtedly the Nigerian superstar has had an exceptional run for a little over a year now, exceeding himself with each new releases and each new project. This year alone, he has released four videos, three songs, and one EP, crowning all of that with his Coachella debut sometime in the month of April.

All of this is believed exactly why the title ’African Giant’ is extremely apt for his forthcoming album. Contributors and executives from record labels, radio, Spotify, YouTube, the film and media industry and clubs had converged at a private location in Los Angeles, California, for an early listening party of what many described as ”Burna’s best album yet”.

In true Burna Boy style, the listening quickly turned into a house party as guests got caught up in the music. While 21 tracks were played at the party, only 16 will make it on the African Giant album. How will Burna Boy surpass his past triumphs? We’ll have to wait until August when his ’African Giant’ album drops. For now, the award winning Nigerian singer, songwriter and performing artiste is still savouring his BET Award. 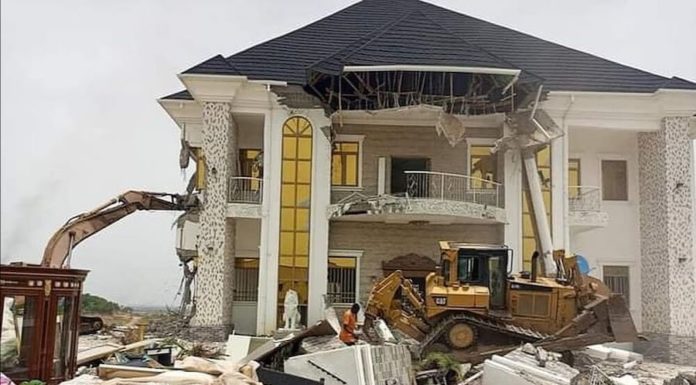