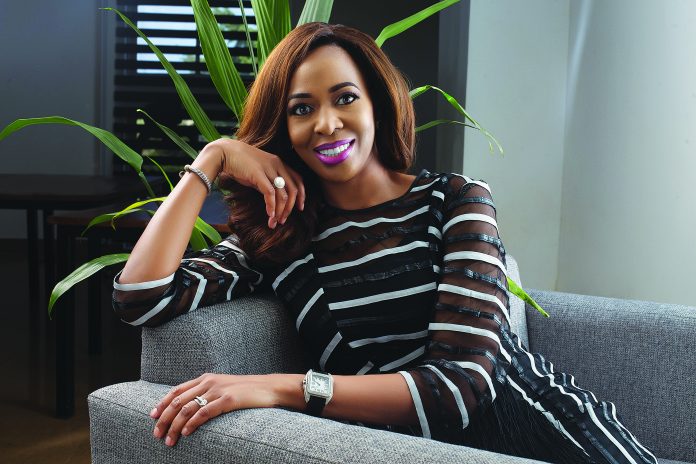 The interactive breakfast series which was attended by over 90 Chief Executive Officers, engaged stakeholder, CEO’s and policy makers across various industries and sectors on discuss surrounding gender equality in national development, governance and business environments, while proffering solutions to the critical challenges that women face.

The theme which was deliberately chosen, afforded the speakers the opportunity to highlight the cost of women exclusion to Nigeria’s economic growth, the correlation between gender affirmative reforms and GDP, economic growth, job creation & wealth distribution.

In her welcome remarks, WIMBIZ Executive Council Chairperson, Mrs. Olubunmi Talabi, pointed out the unconscious bias that can affect the progression of women within the workplace.

According to her, “women do the majority of the world’s unpaid labour, as they are more likely to be economically disadvantaged and are treated in some circles as inferior aside being seen as vulnerable to violence.”

The panel discussion stimulated open and broad dialogue on the issue of exclusion as panelist took turns to contribute to the topic.

Lamptey was of the opinion that, “Legislation is key and an important starting point for more women inclusiveness. Political will is also key. Legislation can’t happen without political will. It’s important to have leaders that believe in the inclusion of women in decision making.”

Gbededo on the other hand believes that “with women in the board room, companies can increase the bottom-line by six percent.”

He explained that focus, agility, execution are critical skills for the highest levels of governance and deliberate policies led by the Private Sector is required to drive the growth of women within the cooperate ladder.

He said, “Women are naturally endowed with these abilities so it is counterintuitive that the level of female representation remains unacceptably low.”

Ambah speaking on the cost of exclusion, said, “Diversity in the room in decision making is most likely to lead to the right decision. It has also been proven that when women are in the room as decisions are being made, they take an approach and think differently so they bring a view people haven’t brought before, and that is valuable and what we need.”

Joining the conversation, the Head of Service, on his part said, “In Lagos, there are over 57,000 women in Lagos state civil service. This means that they are already positioned to rise.

“Furthermore, we realized that the cost for exclusion of women from government is high and, on this issue, the Lagos State Governor intends to play catch up.”

In her closing remarks the Chairperson, Planning Committee for the 2019 WIMBIZ CEO/Policy-Maker Breakfast Interactive Series, Mrs. Ngover Ihyembe-Nwankwo advocated for the urgent need for institutional sustainable reforms with focus on gender parity within the corporate and political sphere.

She said “Gender inclusion can be an economic game changer for Nigeria, and WIMBIZ in line with our vision and mission will always be a partner to achieve this change.”