Peter Uzoho writes on the recent appointment of Mele Kolo Kyari, as the Group Managing Director of the Nigerian National Petroleum Company and expectations from operators and stakeholders

The recent appointment of Mr. Mele Kolo Kyari as the Group Managing Director of the Nigerian National Petroleum Company (NNPC) by President Muhammadu Buhari has continued to receive commendation from operators and industry stakeholders.

To a lot of them, the new NNPC boss, who has been described as a professional, is expected to steer the corporation to its next level of growth. In fact, some operators in the sector have expressed optimism that the new NNPC boss woul introduce reforms that would deregulate the sector and resolve the problems of the refineries.

Kyari, who was appointed recently, replaces Maikanti Baru who retires later this month. The new Group Managing Director of the NNPC, hails from Borno state. Kyari, a Geophysicist, is an expert in crude oil marketing and currently Nigeria’s Representative at the Organisation of Petroleum Exporting Countries (OPEC) where he provides leadership and participates in engagements relating to Crude oil, Gas production and associated market issues.

Kyari is considered by many at the NNPC towers as a model servant leader whose actions inspire, serve, and empower others to produce the best. He is credited with the transformation of the management of the complex Crude oil Marketing of the nation’s crude oil through the establishment of world class systems and processes.

Kyari, who shares the same surname with President Buhari’s Chief of Staff is not related to Abba Kyari with those in contact with him during his 27 years at the corporation describing him as results-driven leader.

Kyari, led a team that proposed and managed the Direct Sales and Direct Purchase (DSDP) arrangement of Petroleum products from 2016 to date a process that saved the nation $1 million in 2016 when compared with the previous crude SWAP arrangement with products.

He also led various work teams in developing the Petroleum Industry Bill which ensured that Government’s take in the Production Sharing Contract Arrangement is greatly enhanced, and contributed immensely in resolving the disputes with International Oil Companies (IOCs) arising from the various interpretation issues with the PSCs averting claims of $9 billion dollars filed by the IOCs.

Aside his vast experience in the management of both Upstream and Downstream activities, he is said to possess a “a rare ability” in commercial decision making and his equally outstanding in his ability to manage International Oil Companies (IOCs), which had all been demonstrated in the course of his over 28 years illustrious career in the oil and gas sector.

He started his carrier as a Field Geologist with the Department of Geological Survey of Nigeria. He joined NNPC in 1991 as a Processing Geophysicist with Integrated Data Services Limited (IDSL). In 1998 he was deployed to National Petroleum Investment Management Services (NAPIMS) and worked as an Exploration Geophysicist. In 2007, Mr. Kyari was given the role to head Production Sharing Contracts Management in Crude Oil Marketing Division (COMD).

While in COMD, he displayed exceptional management qualities that led to his appointment in 2014 as General Manager, Crude Oil Stock Management and in 2015 he became Group General Manager, COMD, a position he held till date. Mr. Kyari has attended several high- level leadership training both at home and overseas.

His knowledge of the industry had projected positive image for Nigeria at various international fora where he presented papers that highlighted the enhanced and transparent National dealings in petroleum trades by the NNPC.
Besides his professional accomplishments, Kyari has also been quietly working to make operations of the NNPC more transparent and accountable as the Corporation’s Focal person for the Open Government Initiative- a drive aimed at making governance more open and participatory.

The procurement process he put in place for the DSDP (Direct Sale of Crude Oil and Direct Purchase of Petroleum Product) resulted in saving of over $1 billion every year since 2016.

In addition, he is the Focal Person for NNPC’s Commodity Trading Initiative. This initiative makes it possible for Government to know those who are buying the country’s crude and at what prices, and how much has been made.He created effective systems to ensure maximum transparency and accountability of crude oil and gas sales in the industry. He has also restored sanity to the operations of Crude Oil & Gas Terminals owing to his leadership supervision.

He is also a unionist, and many have cited his activism as a trade unionist as likely reason why he is an advocate for transparency. He is fondly called by other unionists as “grand chairman.”

Kyari was born on the 8th of January 1965 in Maiduguri, Borno State. He attended Government Community Secondary School Biu in Borno State between 1977 to 1982. Mr. Kyari graduated from University of Maiduguri in 1987 with a Bachelor of Science in Geology.

He was NNPC’s former General Manager, Crude Oil Stock Management, 2014-2015. Kyari has also participated in various deepwater projects across the globe.
Kyari was appointed by President Muhammadu Buhari to take over from Baru on July 7, as the 19th Group Managing Director of the national oil company.

Having served for three years since July 2016, Baru has become the third longest serving group managing director of NNPC, after Dr. Jackson Gaius-Obaseki, and Dr. Funsho Kupolokun, since the return to civilian rule in 1999.
With the appointment, the NNPC has produced 10 group managing directors since 2008 and none, except Baru, stayed in office for up to two and a half years. NNPC’s Group General Manager, Group Public Affairs Division, Mr. Ndu Ughamadu, who disclosed the appointment of Kyari, added that Buhari also appointed alongside Kyari, seven new Chief Operating Officers (COOs) for the corporation.

Stakeholders’ Commendation and Expectations
To the Chairman of the Petroleum Technology Association of Nigeria (PETAN), Mazi Bank-Anthony Okoroafor, Kyari’s background as a geologists would be a plus in governments plan to achieve and exceed 40 billion barrel reserves and daily production of four million barrels.

According to Okoroafor, how the new NNPC boss drives the industry and his vision for the industry would determine if he would actualise the government aspirations.

He advised Kyari to in the first 100 days make Local Content a national agenda, get a team to brainstorm how to use oil and gas as engine for economic transformation of Nigeria, lobby Mr President to sign PIGB as amended, get a team to brainstorm and set road map for 40m barrels reserve and 4m bopd, work with the ministry/dpr to accelerate the renewal of soon-to-expire licenses for oil blocks, and also create new concessions for the unallocated 53 deepwater blocks, since the last bid round was 12 years ago, among others.

“Mele should clear uncertainties around commercial frameworks and make room for attractive fiscals and regulatory regimes to pull investors. The NNPC should approve and escalate to other projects, the proposed framework between itself and operators on OML118. Government should assent to and speedily sign the PIGB (Petroleum Industry Governance Bill), PIFB (Petroleum Industry Fiscal Bill), PIAB (Petroleum Industry Administration Bill) and the PHICDB (Petroleum Host and Impacted Community Development Bill),” he said.

Also, the Niger Delta Oil Monitoring body, South South Reawakening Group (SSRG) commended the president over th appointment.
The group, in a statement signed by its Convener, Mr. Joseph Ambakederimo, noted that the appointment of Kyari was well thought out by President Buhari to bring transparency into the nation’s oil company.

“As President Buhari begins his second tenure in office we make bold to say that the future looks good and it is becoming glaring that he has opened the floodgate of appointments with professionals and incorruptible persons to occupy key positions of critical institutions that are core to the economic mainstay of the nation.

“This is manifest in the just appointed Group Managing Director of the Nigerian National Petroleum Corporation (NNPC), Mr. Mele Kolo Kyari. We want to applaud the President for his foresight in picking Mr Mele Kyari whom we would describe as a “round peg in a round hole”.

“He brought an age long experience to bear and turn around the crude oil marketing division. The crude oil marketing division was made possible by Mr Mele kyari who embraced modern technology and transparency. We believe the same strategy would be employed to reposition the NNPC and it’s subsidiaries to the path of profit making like it’s counterparts in other countries”, it added.

The Executive Secretary of Depot and Petroleum Products Marketers Association of Nigeria (DAPPMA), Mr. Femi Adewole, said NNPC under Kyari should provide a level-playing field for all the marketers to compete. According to him, Kyari, as the representative of the federal government in the oil and gas industry should also ensure quick deregulation of the downstream sector.

Some other operators in the downstream sector, have also urged the new NNPC boss to introduce reforms that will deregulate the sector and resolve the problems of the refineries.

“Downstream operators are bleeding because of the monopolistic market. If he continues as the sole supplier of petroleum products, the sector will continue to suffer. Deregulation is the answer to the challenges facing the sector,” said a CEO of one of the oil marketing companies.

Also, the Nigeria Extractive Industries Transparency Initiative (NEITI) welcomed the appointment of Kyari, describing the choice as a well-deserved appointment and an intimation of more openness and reforms in the national oil company.

Waziri Adio, the head of NEITI said Kyari is a well-known transparency champion and one who enthusiastically shares the principles, which underline the work of NEITI and the global EITI on good governance of the oil and gas industry.

The NEITI executive secretary explained that as a member of the global EITI working group on commodity trading transparency, Kyari’s appointment has placed him in a vantage position to push the frontiers of openness and reforms and to work more closely with NEITI and the global EITI to implement remedial issues in NEITI’s reports.

He added that the implementation of the findings of NEITI’s reports will not just be effective for operations of NNPC but also for optimisation of benefits of the oil and gas sector to Nigeria and Nigerians.

‘’We look forward to close collaboration between our two organisations in the interest of our country and we do hope that transparency and accountability will be taking notches higher and indeed mainstreamed in the operations of NNPC under his watch.”

In a congratulatory message addressed to Kyari, the Secretary General of OPEC, Mr. Mohammad Sanusi Barkindo, described the appointment as well-deserved.

“On behalf of the members of the OPEC Economic Commission Board (ECB) and the staff of the OPEC Secretariat, may I convey our sincere congratulations on your recent well-deserved appointment as Group Managing Director of the Nigerian National Petroleum Corporation. We wish you every success in this important and challenging role, and many years of service to NNPC, and the country,”Barkindo said. 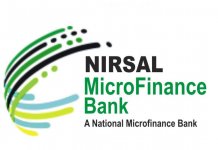 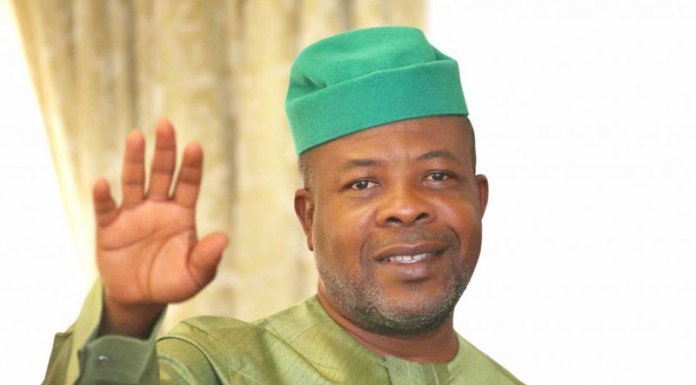 Emeka Ihedioha and the Travesty of Justice