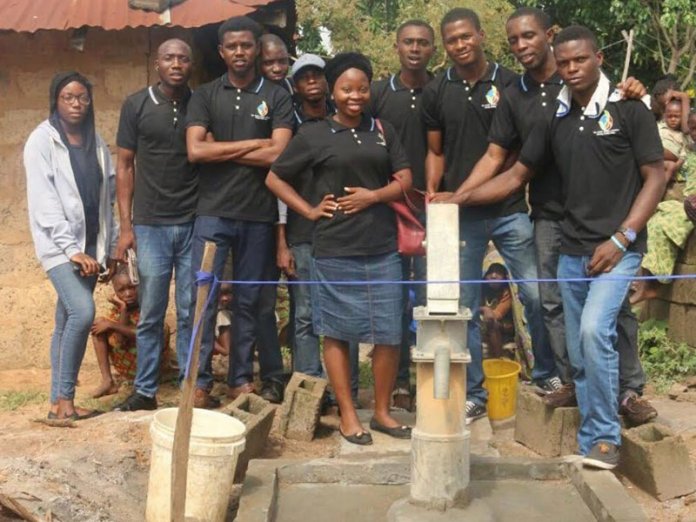 It is no gainsaying that government at all levels alone cannot  meet the needs of rural dwellers and it is on this premise that a non governmental organisation(NGO) called Grassroots Aid Initiative (GAI) based in Kwara State has taken upon itself to complement the government efforts at addressing the challenge of rural dwellers through the provision of water supply.

Water is life so says an adage. It is a means of cleanliness to God in view of its usage in the day to day spiritual attainment. Without water, life is meaningless as all our daily activities revolve around water and that is why every human being takes usage of water so important in the articulation of the needs of the human development and growth.

Although, every level of government be it local, state and federal has taken a giant stride at ensuring water is made available at homes of individuals in the society but this gesture is yet to manifest in all its desires.

This is because the most vulnerable segment of the society that is rural communities that  need potable water has been totally neglected and thus making them exposed to various kinds of challenges especially in the areas of health and empowerment.

The NGO which was formed almost two years ago in the state has toured over 100 communities to ascertain their challenges and sort out the way to make life more meaningful to the people of the grassroots.

The organisation used the social media like whatsapp, instagram, facebook among others to reach out to the many philanthropists in the society by placing out the problems of the affected communities on these social networks and upon that made many respond and rise to the needs of the affected rural communities by donating their widow’s mite towards the upliftment of such communities in the state. And by that strategy, many communities have had access to potable water and even houses in the state.

The person behind this laudable project and who is also the coordinator of the NGO is a senior lecturer at Mass Communication department of University of Ilorin, Dr. (Mrs.) Kehinde Kadijat Kadir popularly called KKK. The woman who teaches photography in the Mass Communication department has used her various pictures taken to make life more bearable for the socio-economic development of the people of the state.

She has received series of local and international award in its quest using photographs to make life better for the common man in the society.

Speaking with THISDAY in Ilorin on what motivated her to form the initiative, Dr. Kadir said she was disturbed by seeming total neglect of the rural communities in the country especially in Kwara state where no attention has been made to the rural communities to bring better living conditions to the life of these grassroots residents.

According to her,” it is disheartening that the rural people that are supposed to feel the good governance have been shortchanged by our leaders”.

She said the ugly development has continued to weaken the growth of the nation as those that suppose to support and make life bearable have been pushed to a corner.

Kadir  stated that the situation also had led many people at the local communities to migrate to urban centers in search of golden fleece and other good things of life.

She stressed that, “the non attendance to these grassroots people have also led many of them to poverty and low standards of living. It is based on these challenges that prompted me to form Grassroots Aid Initiative as a platform to reach out to the rural communities in the state so as to make good difference to their lives.

The coordinator who has organised series of workshop for rural communities, students, women among others on the need to be pragmatic in the commitment to make life bearable to the teeming women said that she has executed borehole projects to ensure potable water for four rural communities in two states.

She said the fund for execution of the borehole water projects, including some of its other programmes in Kwara and Oyo states were sourced from donors through social media advocacy.

She said that the fourth project is ongoing, adding that it is  located at Aiyekale village, Orire LGA, Oyo state.

Noting that water problem is the greatest challenge among rural dwellers, she lamented that government had not done enogh to address it.

“We want to position and brand the NGO as water solution NGO. We want to concentrate on water provision, especially in our rural communities.

“That’s the vision now. We realise that water is a very big problem among rural dwellers, yet the government is not paying necessary attention. During our feasibility study visits to these rural areas, you see girls going about looking for water during school hours”, she said.

On how she gets assistance for the water projects, she said she always put rural water challenge in a particular community on social media platforms, convince people on the problems and solicit for funds from people.

“Among challenges in our rural communities, water problem is the greatest challenge. When water problem is solved they can manage to adapt to other infrastructural challenges as in roads etc, because water provision would discourage health problems and  encourage empowerment. Water is at the centre of everything. Water is life.

“For instance, in Ayekale village, the women use almost 80 per cent of water in production of locust beans. The only way to do this is through use of dirty water in the community. Interestingly, this locust beans is not meant for consumption of only the immediate community but for people who live far and near. So, the problem in the village could be transfered to people in the cities”, she said.

Kadir who said that the NGO had also been able to build a modest house for an aged woman, added that the organisation also effected payment of school fees for children from poor homes in various rural communities in the state.

On  the NGO’s recent  empowerment summit for school students, she said one needs more than education in this present time to ensure better living, adding that self confidence and soft skills would help one to excel.

She charged parents to promote self confidence and soft skills among girls by assigning general household chores to them rather than assigning specific feminine chores.

“For instance, when a girl chooses to study engineering courses in university, the society would disparage saying it’s a  male field. Why not nursing or food science? We live in a patriachal society, where man is seen as being supreme and head and women submissive. All these affect self efficacy of girls in life.

“We need not wait till girl child grows up to be adults to start preaching these soft skills. A girl child is enough, you don’t necessarily need to be a man to achieve in life. Once you believe in yourself, you can achieve your set goals in life. So, we are trying as much as we can to break that stereotype in the society”, she said. 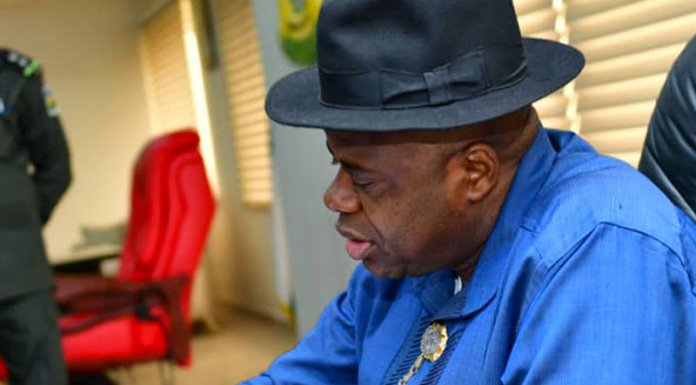