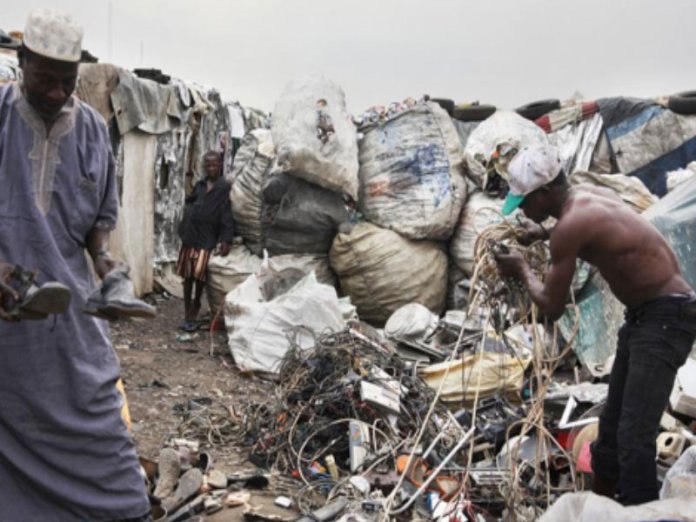 The dynamics for the smooth implementation of the Extended Producer Responsibility Programme (EPR) which is a process towards achieving zero waste tolerance level has begun in Nigeria.

This is also as the Lagos State Government has stated that poor disposal of waste can increase the risk for various types of cancer, lung diseases, among others.

The stride was made known at the official launch and inception meeting of the Global Environment Fund (GEF)/ United Nations Environment Programme (UNEP) in collaboration with the National Environmental Standards and Regulations Enforcement Agency (NESREA) in Lagos recently.

Speaking at the occasion, the Federal Controller of Environment, Lagos State and representative of the Permanent Secretary of the Ministry of Environment, Mrs. Oluwatoyin Agbenla, declared that the project implementation was solely intended for the good of the environment and benefit of all Nigerians.

She said, “This project is apt, considering the volume of waste being generated and the need to use waste as a resource to grow the economy and generate employment along the waste value chain’, she stated.

She disclosed that the concern about waste arose from the fact that it contains thousands of hazardous substances, which are released into the environment from the prevalent crude recycling practices where cables are burnt openly; Cathode Ray Tubes (CRT) and other parts are broken and processed to extract copper, precious materials such as gold, diamond, etc.

Giving further details to buttress the project launch, Agbenla revealed that nearly 500,000 used computers are imported into the country annually through the Lagos port alone stressing that of the huge volumes, only 25 per cent were functional used electronics while the remaining 75 per cent were junk or unserviceable!

She added that it was to curb the growing concerns that the federal government provided a legal frame work and established the National Environmental Standards and Regulations Enforcement Agency (NESREA) which in turn developed powerful regulations on different sectors of the economy, one of them the National Environmental (Electrical/Electronics Sector) Regulations, 2011.
According to her, the intervention of GEF was to stimulate the development of sustainable circular economy for the end-of-life electronic products in Nigeria, including the treatment and management of e-waste.

“It is therefore important that we work together to take positive actions that will evolve an enduring legacy to improve the environmental quality in our rural and urban areas,” she announced.

Earlier, the Director-General/CEO of NESREA, Prof Aliyu Jauro while welcoming the representatives comprising nongovernmental organisations, environmental consultants, recyclers and collectors, major brand owners/distributors/assemblers of electrical electronics, the academia, United Nations agencies, and the GEF team, reiterated that the objective for starting the programme was to adopt financially self-sustaining circular economy approaches for electronics.

The DG explained that the United Nations Environment Programme (UNEP) is the implementing agency, while NESREA is the executing agency.

Jauro informed the participants that an operational guideline for the implementation of the scheme had been developed in 2014 with roles and responsibilities for all stakeholders clearly spelt out adding that the global environment benefit will be through direct interventions on e-waste management in Nigeria with the disposal or removal of POP’s and mercury.