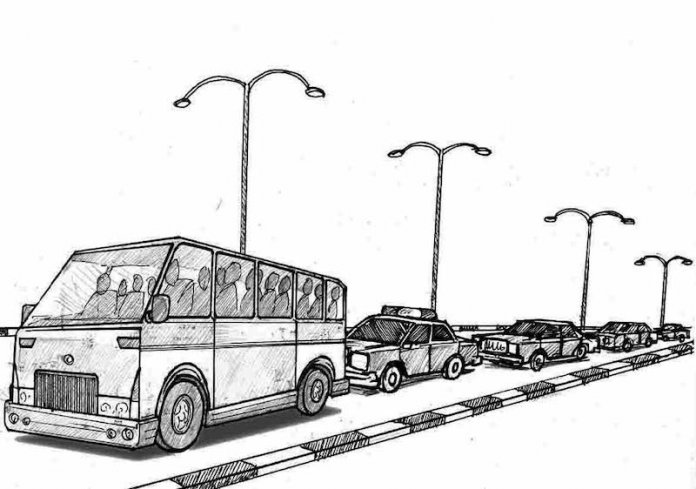 The Lagos-Badagry Expressway, Nigeria’s busiest land entry route, is well positioned to bring great glory and gains to the country. But rather than being instrumental to huge economic, social and cultural benefits, its perennial squalid condition has continued to cause unprecedented agony, losses and disgrace. Anything short of a decisive approach to its reconstruction would betray a lack of appreciation of the despicable status of the highway and its multiple consequences. We therefore urge President Muhammadu Buhari to liaise with Governor Jide Sanwo-Olu of Lagos on how to fix the road without further delay.

The potholes and crater-like pits, which have become permanent features of many parts of the road, hamper vehicular movement that worsens when they bear puddles during the rainy season. The entire stretch from Mile Two, through Agbara to Badagry and then to Seme, the border post at the Republic of Benin end, the expressway constantly hosts gridlocks, in addition to being a death trap. The outcomes of this sorry state are enormous: more pressure on the physical and mental health of affected road users and residents; numerous missed man hours; further environmental degradation; massive obstruction of business life; atmosphere conducive for criminal activities like armed robbery; negative international public relations for Nigeria, among others.

The gravity of these repercussions must not be ignored. Remarkably, the frustration of the public on this matter appears to be reaching its peak. While addressing a protest embarked upon the other day by students and civil society organisations, President of Women Arise for Change, Dr Joe Odumakin, aptly described the highway as a gateway of pain and anguish. “A lot of people are dying on the road. Tourism has almost collapsed. This is a place where over 460 billion naira has been spent to rehabilitate. There’s a nexus between infrastructure in terms of roads and the economy, but the economy here is almost coming to stagnation. This is a West African road, and this has become a national shame”, said Odumakin.

In many ways, the sordid state of the road is truly humiliating and self-cheating. Being the Nigerian section of the Trans-West African highway that links Lagos to Dakar in Senegal via Benin, Togo, Ghana and Cote d’Ivoire, it is a critical aspect of sub-regional integration. Also, with the country, as the largest economy in West Africa and the rest of the continent, the continuous neglect of the expressway is a hindrance to free movement of people and goods, a cardinal pillar of the Economic Community of West African States (ECOWAS). It should, therefore, be regarded as an integral component of any design to maximally exploit Nigeria’s clear comparative advantage among fellow West African countries. It is indeed ironical and sad that the nation, eminently endowed for leadership and stands the chance to profit bountifully from intra-regional transactions, has displayed lack of political will in revitalising an indispensable factor like land transportation.

Renewed vision and vitality are needed to fix this quagmire before it becomes completely hopeless. Other major development projects in the area like the 2.6 billion dollar Badagry Deep Sea Port, when fully operational, can compound the already suffocating traffic crisis if it is not adequately tackled soon. Because of the protracted nature of this predicament, many Nigerians are sceptical of government’s seriousness and capacity to end it. For this reason, both the federal and Lagos State governments have to move from their recent pronouncements to visible, concrete action. Their plans, though laudable, should now result in the actual rehabilitation, reconstruction and expansion of the expressway. As a strategic economic lifeline, it must not be subjected to another long period of abandonment.