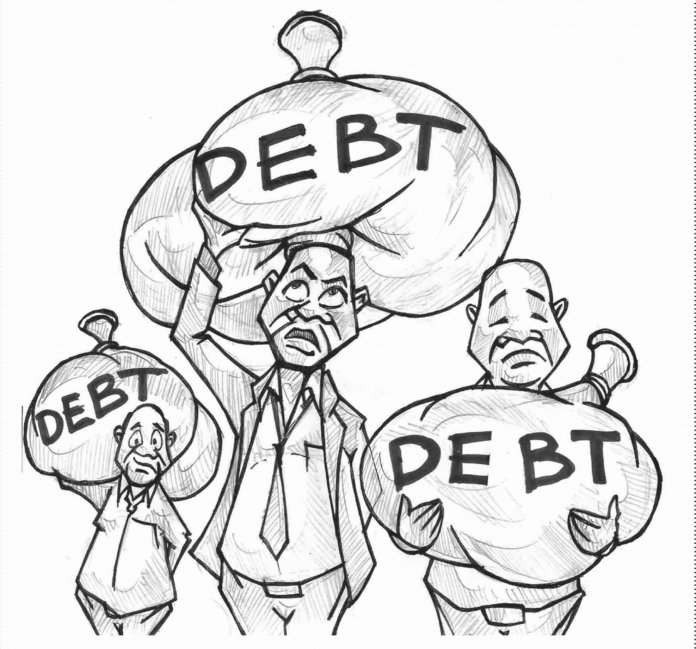 The authorities must be circumspect in piling up debts

While many government officials argue that Nigeria’s current debt is still within the permissible three per cent threshold prescribed by the Fiscal Responsibility Act (FRA), in real terms, it flies in the face of sound economic management. Irrespective of the justification for this rather unbridled debt accumulation by officialdom, we make bold to say that piling up debt for the present and future generations of Nigerians does not bode well for anyone. It is also wrong-headed.

Against the background of a recent statement by the African Development Bank that Nigeria stood “a moderate risk of debt distress”, the authorities should be concerned about the level of borrowing. In its African Economic Outlook 2019 and West Africa Economic Outlook 2019, the bank also said that growth in Nigeria’s agricultural sector “was lacklustre; due partly to clashes between farmers and herders coupled with flooding in key middle-belt regions and continued insurgency in the North-East.”

The revenue projection in the 2019 budget stands at about N6.9 trillion, with an overall budget deficit of N1.859 trillion. The shortfall in revenue is to be financed mainly by domestic and foreign borrowing which is put at N1.649 trillion. This means that there will be a spike in the debt burden, indicating that the country’s debt servicing-to-revenue ratio (DSRR) may worsen in the 2019 fiscal year. Meanwhile, to boost government revenue, which is at the core of the rising debt profile, the International Monetary Fund (IMF) and other multilateral groups have been unrelenting in their calls for Nigeria to explore ways outside the traditional base of oil proceeds. The agriculture sector, which presents the best option for diversification is currently being hamstrung by a motley assault of terrorism, banditry, herdsmen or kidnappers’ onslaught across the country, forcing farmers out of their farms.

At present, debt service burden consumes about 60 per cent of revenue while government has continued to set ambitious revenue projections which are hardly met. The former Minister of Finance, Mrs. Zainab Ahmed recently admitted that there were fears over revenue projections in the 2019 budget. This is despite the launch of government’s Strategic Revenue Growth Initiative (SRGI), designed to boost government receipts. We hope this initiative will not fall short of delivery like the Voluntary Assets and Income Declaration Scheme (VAIDS) which was targeted to generate a billion dollars (N360 billion), but ended up with a paltry N30bn.

However, the real concern is about the growing debt. After exiting a crushing debt trap in 2005 under the Paris and London Club of creditors, at no other time has the country faced a debilitating debt conundrum as we have found ourselves in the past four years. We believe it is time to halt this dangerous descent into a debt mine. Regardless of the arguments by the federal government that a 20 per cent of gross domestic product (GDP) debt is sustainable, we must caution that the danger signals are real.

As a matter of priority, China recently advised Nigeria to open a sinking fund and an escrow account in a bid to begin repayment of the loans from the Asian country for the construction of rail projects, particularly the Abuja-Kaduna rail. This is because, two years after the commencement of operations of the Abuja-Kaduna rail system, the federal government is yet to begin repayment of the over $500 million borrowed for the standard gauge rail line. Yet Nigeria is seeking another $1.8 billion from the China Exim Bank for the construction of the coastal rail line.

What the foregoing suggests is that the government, at all levels, must begin to work out efficient and effective revenue generation initiatives that are people-friendly to lessen the resort to huge borrowing.