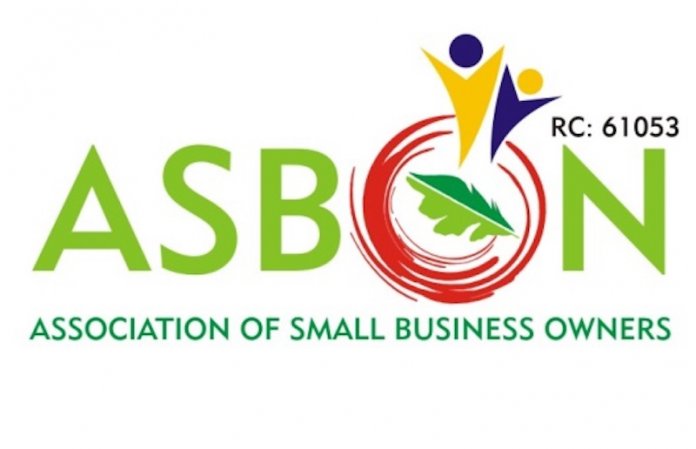 Whilst government claims it is working round the clock to create conducive environment for businesses in Nigeria to thrive, business owners have said the immediate business environment is far from being accommodating as they still have to battle with challenges like excessive and multiple taxation, rising inflation, unfriendly regulations and power. Bamidele Famoofo reports

The National President of Association of Small Business Owners of Nigeria (ASBON), Dr. Femi Egbesola, recently voiced out his frustration over the increment of tariffs and regulatory service charges by the National Agency for Food and Drug Administration and Control (NAFDAC). The increment which he said became operational from June 1, 2019 was done without consulting members of business organizations which include ASBON.

Egbesola, visibly disturbed, claimed that some of the fees introduced by NAFDAC went up as high as 600 percent and even higher in some other cases, which he said is unsupportive of growth of businesses and has the potential to impact very negatively on Nigerians and the economy at large .

His words: “To us, this is ill-timed and unsupportive of businesses. If this hike is allowed to stay, it will impact very negatively on businesses. What this means is that a lot of small businesses would fold up, jobs will be lost, more fake products will emerge in the market. Very unfortunately too, the prices of NAFDAC regulated products will go up in the market.”

The ABSON President argued that excessive charges introduced by regulatory bodies like NAFDAC will give room for more imported products to come into the country which will further weaken the Naira. “These are the harsh realities on Nigerians, and therefore we declare this unacceptable. We must join hands together to save our economy. If we don’t take action to stop this now, some other government agencies will also arbitrarily increase their prices and the consumers will bear the brunt”, he said.

The outburst was not limited to small business owners as owners of established businesses are also saying the existing conditions of doing business in the country is not conducive for businesses to thrive.

Atedo Peterside, an accomplished banker, entrepreneur and the founder of Stanbic IBTC Bank Plc, at a recent business forum organized by the Central Bank of Nigeria in Lagos, said the economy was not growing because existing businesses are not allowed to survive while new ones are not permitted to emerge.

Peterside accused government agencies that regulatory businesses of their overbearing tendencies, nothing that some of their policies have made it practically impossible for youth entrepreneurs to blossom with their business ideas.

“The reason why the economy is not growing is because there is no investment. Just one massive investment in every sector won’t bailout the economy. We need multiple small investments to grow the economy. Not so much more turnover but for jobs. We can’t have a nation of 200million people with 40 million youth roaming the streets with no prospects and no job prospects, for sooner or later they will pull the whole house down,” he said.

Peterside decried the situation where big business owners enjoy some protection on account of their positioning in society and perceived ability to call even the presidency to intervene in cases when regulators and the tax office come up with unreasonable demands. He called for a level playing ground for big and small players alike, saying, “We are looking for a system for those who don’t have such connections to be able to thrive.”

He revealed that the big businesses are thriving because the owners have combative personalities. “No regulator can go to them and try nonsense. Most of them know how to deal with that regulator. But we have to move beyond that because those things are destroying the 22 or 25 years old entrepreneurs. This economy is rigged against the youth and it is not going to grow. When Aliko and I were 30, we were allowed to grow. But now we are killing the youth from growing. So, the economy is not going to grow.”

Peterside said the case of MTN Plc was a clear example of the overbearing tendencies of regulators in Nigeria. He noted that MTN has become the barometer for foreign investors to measure the degree of conduciveness of Nigeria for foreign investors. “MTN was first investigated by DSS, Senate, and CBN and now Police has taken over, and after the Police it could be the ICPC and then EFCC. But what we don’t understand is that people are also going forum shopping, they try one destination, and if it fails, they go to another. But in the UK, once a serious fraud office looks at something and says it is nothing, everyone else drops it. Economy won’t grow if we continue to do business this way.”

Besides, the problem of business regulation, Peterside pointed out the menace of multiple taxation in the country; noting that it stifles the growth of business. “Some said tax in Nigeria too high but l say it is not only too high but also multiple in nature.”

“The last time l had a conversation with the boss at the Federal Inland Revenue Service, FIRS, he told me that the company he considered the most tax compliant in Nigeria at that time was undergoing 88 parallel tax audits by all state governments”, he disclosed.

Alluding to the saying that the rich also cry, AlikoDangote, Africa’s richest man and President of Dangote Group Plc who was also in attendance at the same CBN business forum said the big corporations also feel the pain of high tax in Nigeria.

Interjecting Peterside’s speech, he said, “what l always say when it comes to tax issue in Nigeria is that on the judgment day, God will separate we entrepreneurs from Nigeria from others and grant us free access to heaven because of the high tax rates in Nigeria, so we won’t be punished twice.”

The business moguls also called the attention of Mr. Godwin Emefiele, Governor of the CBN, to the need tackle headlong some monetary policy matters like inflation and exchange rate which hamper business growth in the country.

Specifically, Peterside tasked the CBN to bring Nigeria’s inflation down to five percent from its current two- digit figure. “CBN Governors in Nigeria are very good at bringing down inflation when it gets to a level that it becomes politically unacceptable like 18 or 19 percent. But when it gets near 10 percent they get tired. It then stays at 10 or11 percent endlessly. There is no need for that because the same method that brought it down from 19 percent to 10 percent can bring it down to 5 percent.”

He explained that the reason why inflation must come down to a single digit of about five percent was because the current stability in exchange rate could be threatened by high inflation.

“If you have an 11 percent inflation rate year on year while the U.S has an inflation of two percent, every year you don’t adjust, it is a nine percent differential. The solution is not to devalue the naira but to bring down the inflation rate. Also, the multiple exchange rates must be stopped while managed float should be allowed for the purpose of stability”, he argued.

On power, pundits believe that all the stakeholders should be brought together in a round table to to sort out their differences rather than continuing in the blame game. “One third of the money that Nigeria squandered on AMCON would resolve the issue of power. The priority is to have an economy that works for every entrepreneur and not to fight each other”, they said.

The outcry over the prevailing incondusive business environment by large and small entrepreneurs in the country therefore calls to question claim by government to be making effort to eliminate the bottlenecks that impedes business success in Nigeria.

Government says part of its plans to accomplish the goals of its economic blueprint contained in the Economic Recovery and Growth Plan (ERGP), a Medium Term Plan for 2017 – 2020, is to collaborate closely with businesses to deepen their investments in the agriculture, power, manufacturing, solid minerals and services sectors, and support the private sector to become the engine of national growth and development.

Part of the focus of the document is to eliminate unfriendly regulations that hamper business growth. “Economic recovery and transformative growth cannot be achieved by the government alone. It is essential to harness the dynamism of business and the entrepreneurial nature of Nigerians, from the MSMEs to the large domestic and multinational corporations to achieve the objectives of this Plan. The Plan prioritizes the provision of a more business friendly economic environment,” the document read in part.