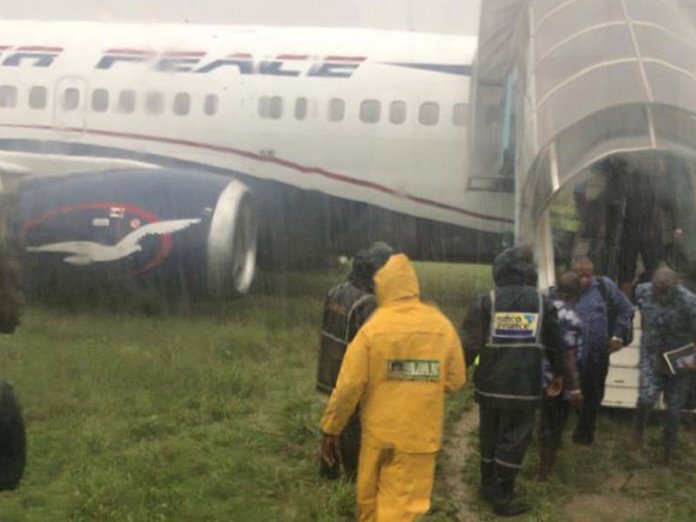 Air Peace Flight P47291 from Abuja to Port Harcourt yesterday skidded off the runway due to heavy downpour, though no casualty was recorded.

The Chief Operating Officer of the airline, Toyin Olajide confirmed the incident, attributing it to flooding due to heavy rainfall at the time the aircraft touched down.

She said the flight, which was operated by Boeing B737-500, took off from Abuja and landed at 3:42 pm when the incident happened.

THISDAY learnt that the aircraft was able to stop immediately it skidded off and that the runway was heavily flooded due to prolonged rainfall.

Eyewitness account said that passengers in the aircraft were petrified when the incident happened but nobody was hurt and there was no discernible damage on the aircraft.

He said although the aircraft skidded off the runway, the pilot was able to stop the aircraft, saying despite the rain, the undercarriage of the aircraft did not sink into the soil.

Yakubu added that from the feedback she received from Port Harcourt, none of the passengers or the crew of the flight was hurt.
The aircraft has been grounded for inspection by aviation authorities.