The African Development Bank (AfDB) has expressed its readiness to provide technical and financial support for Ekiti State Government to upgrade its infrastructure, including fixing the Ado Ekiti-Akure road, which is currently in a terrible state.

Other projects, which the AfDB is willing to support, are the Ekiti Airport, the Ekiti Knowledge zone (a smart city to promote knowledge economy) and the agriculture processing zone project, all geared towards improving infrastructure and socio– economic development of the state.

A statement in Ado Ekiti on Sunday by the Chief Press Secretary to the governor, Yinka Oyebode, said these are some of the highlights of a high level meeting between the Ekiti State government team led by Governor Kayode Fayemi and the AfDB President, Dr Akinwunmi Adesina, at the organisation’s headquarters in Abidjan, Cote d’Ivoire at the weekend.

The meeting, which was attended by top officials of the AfDB, including its Senior Vice-President, Charles Boamah; three Vice-Presidents, Celestine Monga, (VP and Chief Economist); Vivienne Banke (VP Agriculture, Human and Social Development) and Ms Bajabulile Tshabalala (VP Finance and Chief Finance Officer); and Senior Director for Nigeria, Ebrima Faal; among others, reviewed the project proposals tabled by Governor Fayemi and resolved to provide necessary support to the government to actualise them, in line with the Bank’s mission of supporting national and sub national governments’ development plans.

As a follow-up to the meeting, a team of technical experts from AfDB headquarters would be in Ekiti State in the next few weeks for further discussion and assessment of the various projects. The visit and other activities that would follow would prepare the ground for the bank’s final decision.

Speaking at the meeting, Governor Fayemi, who is also the Chairman of the Nigeria Governors Forum (NGF), said his administration decided to seek AfDB’s support for the projects that are crucial to the infrastructure and industrial development of Ekiti State so as to improve the fortune of the state, reposition it as a destination of choice for investment and create jobs.

Specifically, he said the state needed to upgrade its infrastructure and invest in agric business, which will in turn provide jobs for its teeming population of youths, which he put at 75 per cent of the state’s total population. He added that setting up a smart city to promote knowledge economy is also crucial to the administration.

Fayemi said: “These are our local priorities. If you can support us, it will enable us to do some other things through our own limited resources.

“We have aligned our priorities to the AfDB’s priorities which apply to us, such as lighting up Africa; Feeding Africa; Industrialise Africa etc. All these apply to us as our plan is to make Ekiti a destination of choice for her citizens and all those who will like to live, work and invest in the state.

“To achieve this, we need to invest heavily in infrastructure. We want to fix the roads, have our small cargo airport that will aid agriculture and open our landlocked state to domestic and international markets and ultimately create jobs that our state urgently needs for its vibrant and educated youth population.”

The AfDB President, Dr Adesina, said the bank is excited about the plans for job creation, especially for the youth and the plans to improve the stock of infrastructure, adding that the menace of kidnapping and banditry in the country would be arrested with more investments and job opportunities for the youths.

He said government must find a way to create jobs for the teeming population of unemployed youths, in order to secure the future of the country.

“Our job is to support and we have been supporting Nigeria. We are willing to support you,” the AfDB President added. 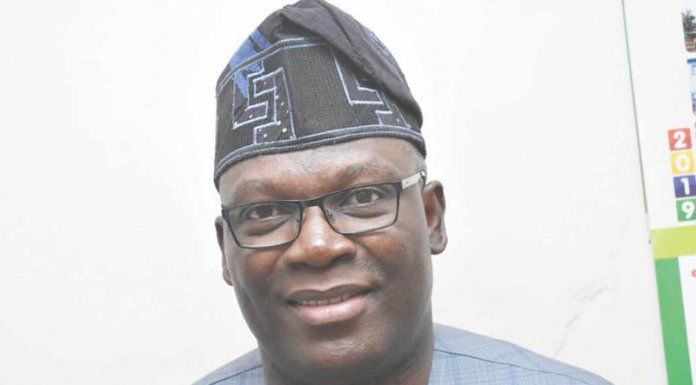