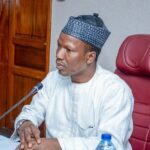 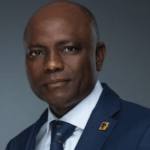 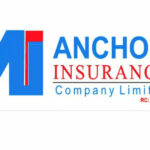 Ndigbo and the Presidency

A return to democratic rule in 1979 signified progress and a sense of integration for Nigerians. This integration is especially necessary what with the scars of the Civil War healing gradually back then. Alex Ekwueme was vice to Shehu Shagari and it was nice to see that Nigerians will give Ndigbo an opportunity in 1987 to produce one of their own as the president of Nigeria just some 27 years after the cessation of hostilities.

It was fine, just fine especially after Shagari and Ekwueme won a second term joint ticket in 1983 and, regrettably now, it was in the last day of that 1983 that all goodwill was lost when the turd hit the Nigerian fan; apparently, there was no stopping Ekwueme succeeding Shagari in the four-year time frame from 1983 to 1987 when, suddenly, the then Major General Muhammadu Buhari bulldozed his way into the scene with yarns about “widespread corruption.”

Widespread corruption in a country whose local currency, the naira, was almost at par with the dollar and expats teachers and doctors were attracted to this country from all over the world? Without the benefit of history to judge what Major General Buhari was up to, he was hailed as a hero who had come to swat the undesirables by his decrees and the War Against Indiscipline (WAI) mass-rally movement.

Only the few discernible ones took notice that the interference of Buhari was slowing down our once-robust economy. Now, nearly 40 years after 1983 (40 years being a long time span in the modern world of ours to make historical judgments) and the recent sham at the ninth Assembly elections of 2019 (interestingly, this same Buhari has morphed from a “Major General” to a “President” and is in charge now) that totally excluded the Ndigbo from key legislative positions at the federal level in order to balance the Northwest-Southwest President-Vice President ticket, and the opportunity that a four-year media exposure afforded to study the intellectual wherewithal of President Buhari in detail, discerning minds are re-visiting the event of 1983 to see if that coup d’état was solely the handiwork of Buhari.

Was it really a desire to fix an ill-defined “corruption” that pushed a one-man Buhari to overthrow President Shagari or was it a collective fear amongst Arewa elements that 1987 was too soon or not good at all for an Ndigbo presidency? The Buhari I saw on that NTA interview couldn’t have pulled off that 1983 coup on his own. Ndigbo has a lot to learn and it should stop presenting a weak political front before other Nigerians, one that is exemplified by the likes of Orji Uzor Kalu, Rochas Okorocha, Chris Ngige, Rotimi Amaechi, Osita Okechukwu, etc., still blowing the trumpet of the APC political party.