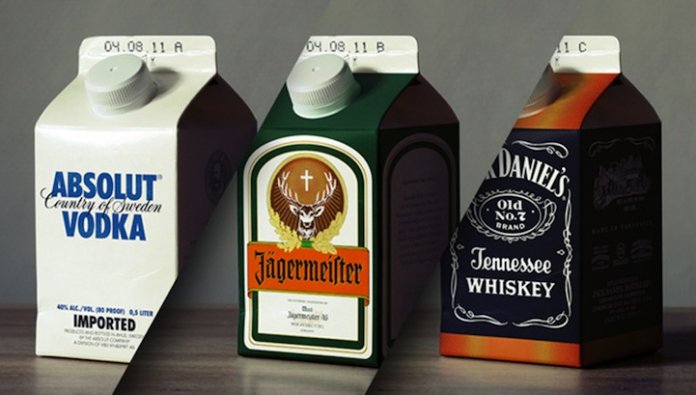 To drive sales, most product designers advise manufacturers of consumer goods to adopt the small packaging, otherwise called the “on the go packaging” strategy. The adoption of this strategy by alcoholic drink manufacturers in Nigeria is one that will get people either killed or maimed.

Everywhere you go, alcohol in small satchets and pocket size plastic bottles are available for sale, even at motor parks and bus stops. The satchet alcohol is called “pelebe” among drivers especially in the south west of Nigeria. “Pelebe” literally means flat but figuratively implies portable, accessible and affordable.

The Federal Road Safety Commission (FRSC) in 2017 said that 90 per cent of road accidents were as a result of alcoholic drinks consumption and hard drugs. One does not need rocket science to deduce that portability, accessibility and affordability are factors that encourage consumption of alcohol among drivers. With alcohol being sold at passenger loading parks and bus stops, we have successfully ensured that we have drivers and bus conductors with traces of alcohol in their system. We created our problem, why won’t road crashes occur?

From my interaction with factory workers, I learnt that most workers go to work with several satchets of alcoholic drinks or “pelebe” concealed in their pockets. Of course they hide it because it is not allowed to operate machines under the influence of alcohol. But they can easily flout the law because the packaging of the alcohol makes it easy to hide. This people are a danger to themselves and co-workers.

The World Health Organisation in 2014 said that 50.1 g of pure alcohol was consumed daily by drinkers aged 15 years and above. Several times, I have seen secondary school students drinking the satchet alcohol. The satchet alcohol goes for as little as N50 while the alcohol in small plastic bottles goes for as little as N100. Most young people below and above age 18 can easily raise money to buy alcohol, thanks to the product design and sales strategy of alcohol manufacturers in Nigeria. During my days as a Youth Corps member, it was common to perceive alcohol from students. We are building a generation of future alcoholics.

The Nigerian government needs to wake up and perform its responsibilities. The production, sale and consumption of alcohol in satchet and pocket size plastic bottles should be banned. It is posing too much danger. Low income people prefer the alcohol in satchets and pocket-size plastic bottles because it is cheap. Its cheap price and portability are factors that encourage abuse. The brewing companies are just after profit and will use any strategies to drive sales. It is nonsensical to write on alcohol package that “not for persons under age 18” and still sell the product at a price that is so low that even a toddler can purchase it.

According to the International Agency for Research on Cancer, 4.7 per cent of overall cancer cases in Nigeria last year can be attributed to alcohol. The Medical Consultant for the medical journalism programme at the Premium Times Centre for Investigative Journalism opined that alcoholism affects 1.5 million Nigerians yearly. The data clearly shows that something needs to be done urgently as a matter of public health.

The Ugandan government banned the sale and consumption of alcohol in satchets and it ordered manufacturers to not produce liquor in bottles less than 200 ml. It is not a crime for the Nigerian government to copy the Ugandan example.

In Nigeria, two factors that encourage the drinking of alcohol are accessibility and affordability. We provided them by allowing the sales of alcohol at passenger loading parks and bus stops. We complain of increase in crime and violence among young people, yet we make it extremely cheap to purchase alcohol. We created a fertile ground for a problem and then we complain about the problem. The government needs to force alcohol manufacturers to be responsible. Alcohol in satchets and bottles small enough to be hidden in the pocket should be banned.