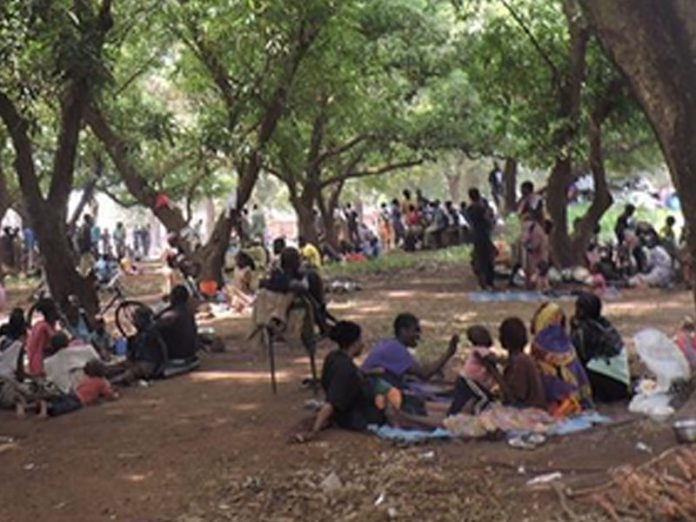 George Okoh in Makurdi and Yekini Jimoh in Lokoja

This is coming as a communal clash between youths in 200 housing unit and Gadumo community both in Ajaokuta Local Government Area of Kogi State also claimed the life of a fresh graduate identified as Ishaq Mohammed.

The Chairman of Ukum LGA, Mr. Tor-Tyokaa Ibellogo, who confirmed this in a telephone chat with journalists yesterday, said the attackers invaded the village early in the morning as the people were on their farms.

“They killed five and injured one woman who is receiving treatment in an undisclosed hospital. No house was destroyed, they only came to kill,” he said.

Ibellogo said the joint committee on Tiv/Jukun crisis had planned to visit him next Monday when this latest attack happened.

It should be noted that the attack is coming barely a week after the Operation Whirl Stroke (OPWS) intervened in the crisis between the two tribes in a bid to resolve it.

When contacted, the Benue State Police Public Relations Officer, DSP Sewuese Anene, could not confirm the incident, stating that all efforts to get any information from the Divisional Police Officer (DPO) in the area as well as Area Commander of the local government failed as one of them had his phone switched off and the other did not answer his call.

Meanwhile, the clash between some youths in 200 housing unit and Gadumo community in Kogi State has claimed the life of a fresh graduate identified as Ishaq Mohammed.

Late Mohammed, a fresh graduate from Kogi State Polytechnic, according to family source, was awaiting his compulsory National Youth Service Corp (NYSC) call up before he met his untimely death.

The deceased, who is in his early 20, was the younger brother of Alhaji Abdulsalam Muhammed of 200 housing unit, who had filed series of petition stopping the other community from encroaching into their land.

Confirming the incident, the Chairman of 200 housing unit in Lokoja, Alhaji Zakari Alhassan, told THISDAY that the death of Mohammed has brought sadness to the entire community, adding that justice must take its course.

In his reaction, the Etsu Ankuri of Gadumo, Chief Dauda, who spoke through one of his subject, Abubakar Isah, denied the attack.

The monarch, while dismissing the speculation that one of the accused, Prince Dauda, is on the run, also spoke on the court judgment earlier raised by the 200 housing unit community leader on who should be in control of the area.

According to him, “We did not send any body to attack the people of 200 housing community. May be it was a miss up somewhere. On the court case, which they spoke about, it’s not about who is in control of the land, but is about title.”