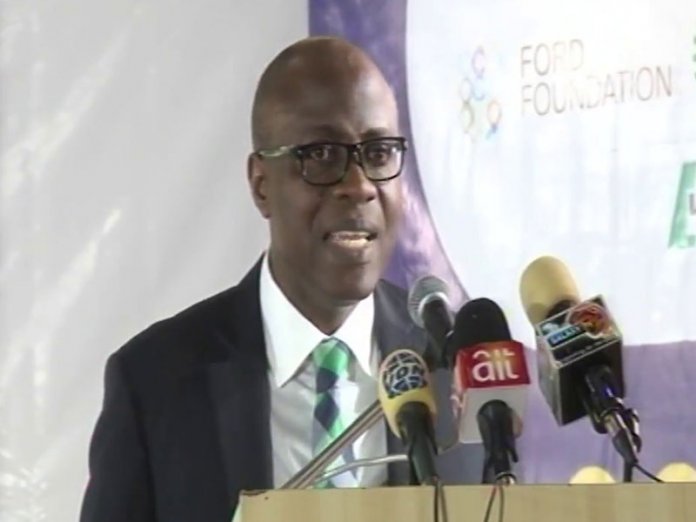 The Nigeria Extractive Industries Transparency Initiative (NEITI) has welcomed the appointment of Mr. Mele Kolo Kyari as the new GMD of NNPC by President Muhammadu Buhari.

In a statement released on Thursday in Paris, France, venue of the global conference of Extractive Industries Transparency Initiative (EITI) by Director, Communications & Advocacy, Dr. Orji Ogbonnaya Orji, the NEITI Executive Secretary, Waziri Adio, described the choice of Mele Kyari as a well-deserved appointment and an intimation of more openness and reforms in the national oil company.

Mr. Adio further remarked that Mr Kyari is a well-known transparency champion and one who enthusiastically shares the principles which underline the work of NEITI and the global EITI on good governance of the oil and gas industry.

The NEITI Executive Secretary explained that as a member of the global EITI working group on commodity trading transparency, Mr Mele Kyari’s appointment has placed him in a vantage position to push the frontiers of openness and to work more closely with NEITI and the global EITI to implement remedial issues in NEITI’s reports.

He added that the implementation of the findings of NEITI’s reports will not just be effective for operations of NNPC but also for optimisation of benefits of the oil and gas sector to Nigeria and Nigerians.

Mr. Adio recalled: “Just yesterday, Mr. Kyari participated at a session on “the business case for state-owned enterprise and commodity trading transparency’ at the EITI global conference in Paris, France

“And his commitments to the values of EITI are not in doubt. On behalf of the Board, Management and Staff of NEITI, I congratulate Mr. Kyari on this well-deserved appointment. We look forward to close collaboration between our two organisations in the interest of our country and we do hope that transparency and accountability will be taking notches higher and indeed mainstreamed in the operations of NNPC under his watch,” Adio, said.