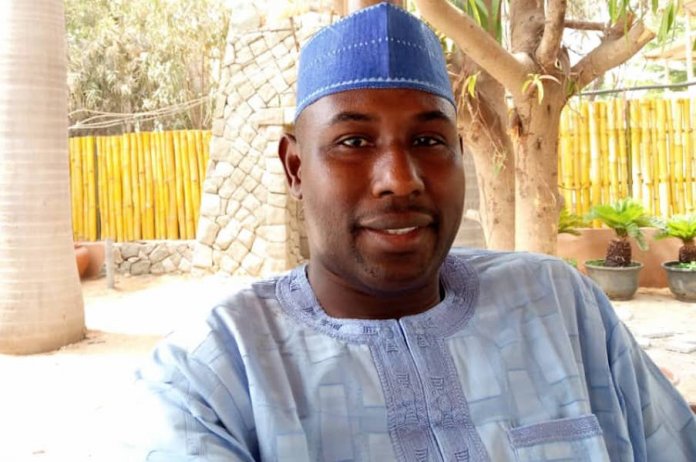 By Nseobong Okon-Ekong
The management of Kano Electricity Distribution Company (KEDCO) has appointed Alhaji Ibrahim Sani Shawai, as the new Head of Corporate Communications Unit. The appointment will galvanize strategies aimed at giving maximum satisfaction to all KEDCO stakeholders.
Shawai, a member of five professional bodies including the Nigerian Institute of Public Relations (NIPR) Advertising Practitioner’s Council of Nigeria (APCON) Society of Professional Journalist was appointed through a letter signed by Dr. Jamilu Isyaku Gwamna, the Managing Director of the company.
In a congratulatory message, Gwamna tasked Shawai as the new head of the Corporate Communication unit to map out strategies to re-birth the image and identity of the company for the benefit of all KEDCO stakeholders.
Shawai, who was born on Feb 26, 1974, graduated from the prestigious Bayero University, Kano where he studied Mass Communication in 1999 and later proceeded to Ahmadu Bello University, Zaria for a master’s degree in International Affairs and Diplomacy in 2010. He was also trained at the DW Radio Academy, Germany where he obtained an International Certificate for Journalism in 2002.
The renowned media consultant who is also a political analyst, has worked with several world class organizations both at the national and international levels with an avalanche of experience that could be harnessed to better the image of any organization.
Prior to his appointment, Shawai who was a consultant with various organizations, had served in the following capacities: as the Senior Special Assistant to the Kano State Government on Societal Re-orientation Programme; Gombe State Correspondent, News Agency of Nigeria (NAN); Information Officer, Kano State Ministry of Information; News Editor, Programme Producer/Presenter, DW Radio Bonn, Germany; Senior Manager, National Identity Management Commission (NIMC); Executive Assistant, Dantata Foods and Allied Products Ltd; Media Consultant with Compass Media and Communication Consult.
Shawai has undertaken several leadership training courses and attended a handful of local and international conferences on image making, peace and development, Radio and Television production and good governance. He told newsmen that he was happy with the management of KEDCO for deeming him worthy of such a position, while pledging to leverage his experience to better the image of KEDCO through clearly visible image re-branding measures.
He said, “The future of every company in contemporary times rests on Public Relations and effective communication channels. This is often the reason why management consults media experts to manage the image of their companies and I assure you all I will not disappoint.
“Having been a believer of team work for years, I hope to work with everyone in a team-like manner to achieve the objectives of the company and mandate as expected. So, I look forward to working with highly motivated and team-oriented individuals to energize our efforts of growing KEDCO’s revenue through good communicative means.
“In an ever-changing world like ours, we would strive as a team to maintain the credible reputation of KEDCO as well as create a favorable working environment for the company to grow its potential according to the company’s set vision and objectives.”
Shawai therefore, appealed to workers in the unit to give him the necessary support with a view to building the company’s respect and capacity to contribute to the power sector.