Insists masts may cause air crashes

The Nigerian Civil Aviation Authority (NCAA) has said it will commence the demolition of telecommunication masts of network providers and financial institutions in different locations across the country for failing to comply with Aviation Height Clearance (AVH) regulation.

In a statement yesterday by NCAA’s spokesman, Mr. Sam Adurogboye, the agency said the demolition exercise would affect some banks and other financial institutions that have discountenanced the authority’s regulatory requirements on the clearance to erect any high structure within the navigable airspace in Nigeria.

The Director General of the agency, Captain Muhtar Usman, has also told THISDAY in an exclusive interview that the indiscriminate installation of masts by the communication network providers constitutes danger to air navigation and may lead to air crashes.

The agency gave the telecommunication operators and others 30 days ultimatum to remove the masts in April, 2019 and some of the organisations indicted for erecting masts on flight paths did not remove the masts.
“The regulatory authority is left with no choice as the 30-day ultimatum given to those telecommunication service providers has expired. Prior to the expiration of the ultimatum, letters of reminder were written to all affected organisations to obtain Aviation Height Clearance for their masts.

“The Nigerian Civil Aviation Authority (NCAA) had earlier warned all Global System for Mobile Communications (GSM) providers and telecom operators against violation of safety regulations. A 30-day ultimatum was therefore handed down for compliance,” the statement said.

The agency said the power to regulate the erection of masts is derived from the Nigeria Civil Aviation Regulations (NigCARS) Part 12.1.7.1.3.1, which stipulates that no person or organisation shall put up a structure – permanent or temporary – within the navigable airspace of Nigeria unless such a person or organisation is a holder of Aviation Height Clearance Certificate granted under this regulation.
NCAA noted that in line with this regulation, it has insisted on AHC approval for every tower installation in the country, irrespective of the height and location.

“It should, therefore, be noted that under the Civil Aviation Act. 2006, section 30(3) (1), the NCAA is empowered to prohibit and regulate the installation of any structure which by virtue of its height or position is considered to endanger the safety of air navigation,” it said.
NCAA said while some of the providers and operators have since commenced regularisation of their masts, others have failed to do the same.

“Therefore, a total of 8,805 masts belonging to the aforementioned organisations will be decommissioned forthwith,” it said, adding: “The Nigerian Civil Aviation Authority (NCAA) wishes to reiterate that it will continue to apply requisite sanctions for violation of extant regulations. Especially, where the resolve of the Authority is tested.”
Description: https://mail.google.com/mail/images/cleardot.gif

Meanwhile, the Director General of NCAA, Captain Muhtar Usman, has reiterated that the indiscriminate installation of masts by communication network providers constitute danger to air navigation and may lead to air crashes.

Usman told THISDAY in an exclusive interview in Lagos, that there were records of such accidents in different part of the world.
This, he said was why air transport regulatory authorities were given the responsibility to monitor and ensure height control in the installation of masts.

The director general expressed concern that masts were built along flights parts in many Nigerian cities and around the airports, warning that network providers must secure height clearance approval before installing their facility.
THISDAY gathered that pilots of low-flying aircraft in Nigeria were being forced to look out for these masts in order to avoid them.

While landing and taking off, pilots also have to look out for these masts too.
“In addition to regulating airline operators, the airports, and the air navigation service providers, we also regulate installations like communications masts height because they also occupy Nigeria’s airspace.
“So, we have to know all the height, chart them accurately for pilots to know so that they will be able to avoid any hazards or potential hazards or collision.

“The civil aviation Act 2006 provided for that because we have to chart the airspace. We are all on the page because it is all about safety. We have to know where the hazards are, identify them appropriately for the pilots who are going to fly to ensure that they avoid such hazards,” Usman explained.

The director general said while some communication network providers obtained clearance approval, others ignored the regulations and indiscriminately installed these masts.
According to him, some of the network providers also refused to pay height clearance charges, which amounted to millions of naira.

He assured that whatever action that would be taken by NCAA would be in accordance to the rules as enshrined in the Civil Aviation Act, noting that this is very critical because it involves the lives of air travellers.
“Some of the network providers are complying with the regulation. We have the law on our side, we don’t want to interrupt anything but whatever we are going to do will be done as provided for in the Act and inside the regulation.

“And we have been talking with the providers that are yet to comply; it is unfortunate that they have not been responsive. Sanction is always applied as the last resort because sanction is not meant to be punitive but corrective.

“It is to make the organisation or the individual to comply with safety regulations. Because we have to know where those masts are, we have to know the accurate height. They must have the correct marking, very visible and also the lightings to ensure that pilots are able to see and avoid the masts. That is why we will insist that everybody must do the right thing,” he explained.

In the area of safety of flight operations, Usman said Nigeria has improved significantly as there has not been any major incident or accident involving scheduled commercial flights since 2013.
“Let me say that we have been doing very well as far as safety and security is concerned. In the area of security, which was the first thing that we attacked as soon as we came in between June 1 to 9,, 2015, we had an ICAO (International Civil Aviation Organisation) audit in the area of security.

“Earlier on around 2010, in that audit Nigeria scored 70.85 per cent. But the one we did in 2015 Nigeria scored over 96 per cent and it is quite a feat. Then closely followed by the safety audit, which Nigeria passed, the minimum set by ICAO is 60 per cent, the global average is 63 per cent and Nigeria is over 67 per cent. In the area of the connection link between Nigeria and the United States under the Federal Aviation Administration (FAA) audit programme, foreign assessment for civil aviation authorities, Nigeria sustained the category one status that is enabling Nigeria to connect directly to the United States.

“The first time that was achieved was in 2010; it was renewed in 2014 and Nigeria sustained it again in 2017 ending to early 2018. So, we are doing very well in that area even we will still not rest, we still want to conquer and still go towards achieving it 100 per cent. So, we have been quite successful in that area but we intend to build on that,” Usman added. 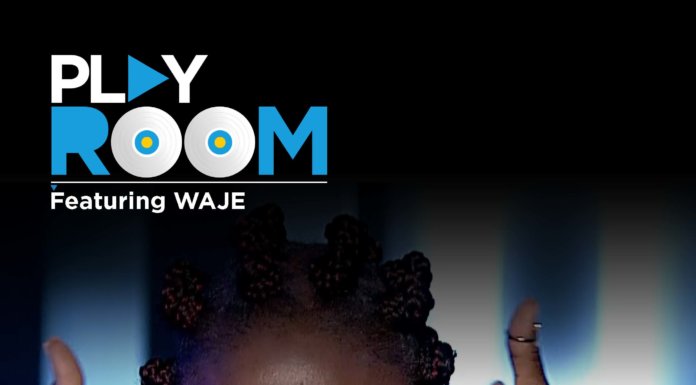