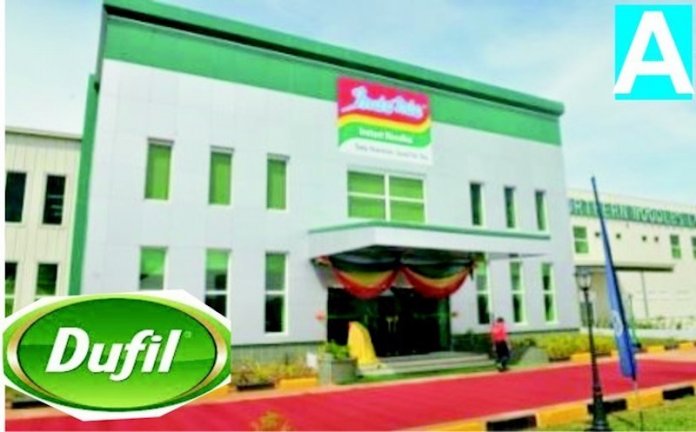 In an effort to improve the lives of residents of one of its host communities, Dufil Prima Foods, makers of Indomie instant noodles recently presented a total of N4 million in scholarships to 40 junior secondary and primary school pupils of Choba Community, Rivers State. The funds are meant to cater for their educational needs, including tuition, books and others.

The scholarship support of N100,000 was presented to 10 pupils each from the four public schools in the community- two junior secondary schools and two primary schools based on their academic standing in the last session.

According to him, the gesture was borne out of the need to reward academic excellence and to spur the pupils to do more. For Dufil, he said it was also a way of adding value to the lives of residents of the community hosting one of its major factories.

He said education is one of the pillars of the company’s corporate social investments, adding that it has over the years continually invested in education as part of its commitment to the development of the country’s future potential.

He added that the company would stop at nothing to ensure that every child is supported to become the best they can be. “Dufil Prima Foods is passionate about education and we will continue to support education in Nigeria through scholarships and other social investment initiatives.

“Education is the bedrock for the growth and meaningful development of any nation. It is also a process of developing the child’s moral, physical, emotional and intellectual wellbeing. Dufil believes strongly in this assertion and will continue to play its part,” he said.

Also speaking, the Desk Officer, Debate, Quiz and Competition, Rivers State Universal Basic Education Board, Mrs. Susan Ejiohuo commended the company for the scholarships and urged other companies and organisations to emulate Dufil in complementing the efforts of the government.

She enjoined the parents to ensure that the funds disbursed to their children are well utilised to enhance their education, while urging the pupils not to relent in their academic efforts in order to continue being the best.
Responding on behalf of the beneficiaries, Ms. Lebura Favour of UPE Primary School, Choba thanked the company and promised to make the best use of the support given to them.