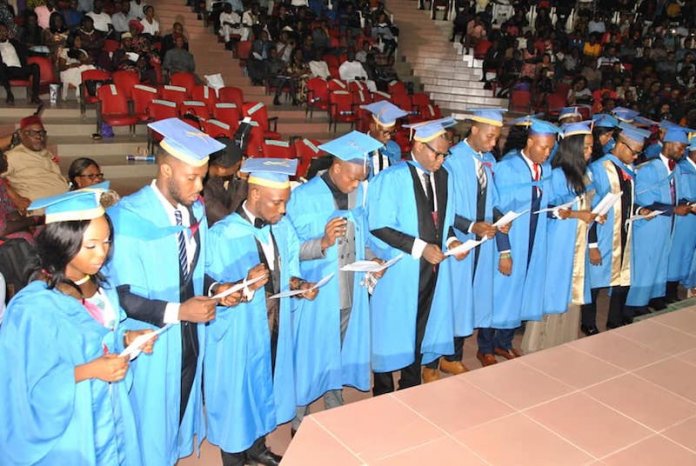 The Ogbu Uke Kalu Centre for Christianity and African Culture will be inaugurated at the Abia State University on June 20, 2019.

A statement made available by a member of the planning committee, Edward Kalu, said late Ogbu Kalu was a Nigerian preeminent scholar of Christianity.

The inauguration will also be marked by an international conference with speakers from different parts of the world.

According to Kalu, the keynote will be delivered by a distinguished scholar of Humanities from the University of Texas, United State, Professor Toyin Falola. Other notable speakers are Professor Afe Adogame of Princeton Theological Seminary and Professor Chima Korieh of Marquette University, Wisconsin, USA.

“In his keynote address, Professor Falola will tie all the themes together as they relate to the works of late Professor Kalu, while also explaining what the Centre stands for as well as its future goals and contributions to Nigeria. Falola will also show how Kalu created many ideas of his own that involved the ‘unsung heroes’ from five perspectives which are his account of the African agency, which makes his work so revolutionary and significant,” the statement explained.

Kalu explained further that the late Professor Kalu was one of the world seminal scholars, focusing mostly on African Christianity, Global Missions and Global Pentecostalism.

He argued that historically, African Christianity grew out of African cosmology and primal religion.

The Centre would not only to preserve his legacy but to continue with his work on the relationship between Christianity and Africa.

The Centre will focus on inter-religious dialogue and assist Nigeria to avoid religious violence.

A book by Kalu, ‘The Divided People of God’, will be re-launched and distributed for free at the conference.

The new Centre will build on Professor Kalu’s approach, while also extending the value of his work to current and future generations who are interested in the study of Christianity.

According to the organisers, the event scheduled for 12.00 noon at the Loyola Jesuit Jubilee Building in the school premises, is for infrastructural upgrade of the school to guarantee conducive learning environment and a transformative and all-round education of Nigerian children.

“Any donation to the school will be greatly appreciated. Little drops of water make a mighty ocean. The school invites people of goodwill and corporate organisations to be part of the vision, innovation, and transformation for the greater glory of God. By the special grace of God, the school is a rising citadel of learning in Nigeria, Africa, and globally,” the statement by the organisers explained.

The Lagos State Government has announced the closure of the road from Mile 2 to Tincan Island ports’ corridor to allow palliative repairs.

The closure which is to last for 48 hours takes effect from yesterday.

Announcing the closure, the Permanent Secretary, Ministry of Transportation, Dr. Taiwo Olufemi Salaam, stated that the closure was to allow Hitech Construction Company to speed up the palliative repair works on the corridor due to incessant and avoidable accidents experienced by motorists.

The permanent secretary advised all trucks to avoid the corridor to allow the repair works, which is done in the interest of motorists.

He opined that these repairs and so many others that are in the offing are in consonance with the top-rated plans of the administration of Mr. Babajide Sanwo-Olu to make Lagos traffic-free for its teeming citizenry.

The Federal Operations Unit (FOU) Zone B of the Nigeria Customs Service (NCS) has intercepted various smuggled items with a Duty Paid Value (DPV) of N207, 856,713.00 between May and June 2019.

Giving the breakdown of the seized consignments yesterday in Katsina, the FOU Comptroller, Mustapha Sarkin Kebbi, said the seizures included 2,540 bags of rice and 789 jerry cans of vegetable oil.